Russia complains to UN about US' 'military-biological activities' in Ukraine 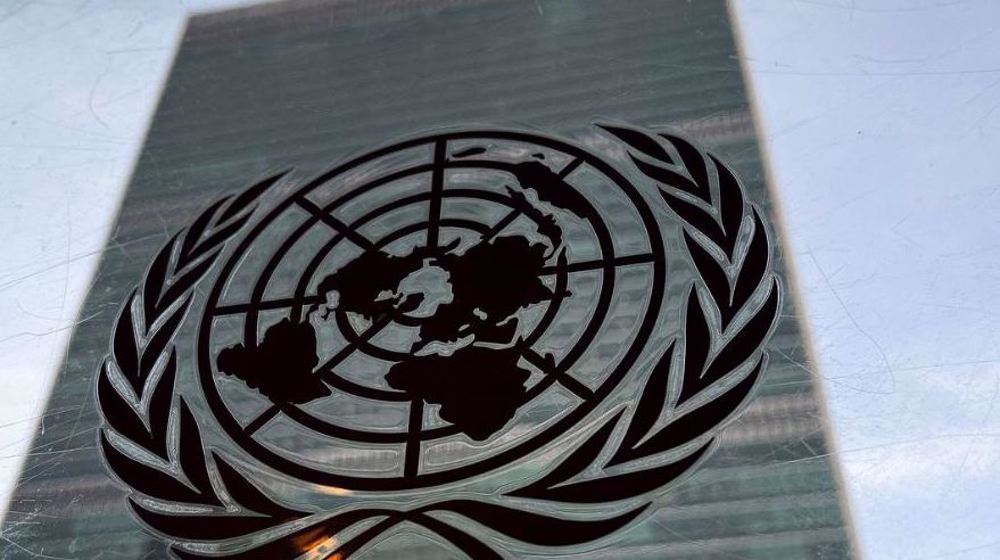 The United Nations headquarters building is pictured with a UN logo in the Manhattan borough of New York City, New York, US, March 1, 2022. (Photo by Reuters)

Russia has called on the United Nations Security Council to launch a probe into the US's "military-biological activities" in Ukraine.

"The Russian Federation was left with no choice but to file a complaint with the Chairman of the UN Security Council to launch an international investigation" into "the military-biological activities of the United States in Ukraine," Russia's Foreign Ministry said in a statement on Thursday.

Shortly after Russia launched a special military operation in east and southern Ukraine on February 24 with the aim of liberating pro-Russia regions, Moscow accused the US of funding laboratories researching the development of biological weapons aiming to "establish a mechanism for the stealthy spread of deadly pathogens."

In its statement, the Russian Foreign Ministry stated that the Russian forces operating in Ukraine had found evidence and material pointing to the US's pursuit of military biological warfare.

"[D]uring the course of the special military operation [in Ukraine] evidence and material that shed light on the true nature of the US military-biological activities on Ukrainian territory were obtained," it said.

In March, US President Joe Biden claimed the United States was not holding chemical and biological weapons in Europe.

"Simply not true. I guarantee you," Biden told a gathering of US business leaders in Washington.

Meanwhile, a UN disarmament official claimed that the United Nations was neither aware of any biological program in Ukraine, nor did the organization have any mandate or technical capacity to investigate such claims.

"We are aware that the Russian Federation has filed an official complaint... regarding allegations of biological weapons programs in Ukraine," Adedeji Ebo, the UN's Deputy High Representative for Disarmament Affairs told the Security Council.

"As high representative Izumi Nakamitsu informed the council in March, and May of this year the United Nations is not aware of any such biological weapons programs," he said.

However, China has also voiced its concern in this regard, urging Washington to explain its bio-military activities at home and abroad.

China shares Russia’s concern over US biological weapons
The United States dropped hundreds of thousands of germ bombs with cholera and plague on Pyongyang alone during the Korean War.

Chinese Foreign Ministry spokeswoman Hua Chunying told a press briefing in May that such activities needed to be effectively monitored by international bodies controlling armaments.

“We insist the US side should take real action to ensure full transparency and security of projects that are related to biological experiments at US laboratories,” she said, adding,  “We once again call on the US side to give a detailed clarification and take concrete actions, to ensure the legitimacy, transparency and security of its bio-labs and relevant activities. A verification mechanism should be established under the Biological Weapons Convention, which is a global consensus and an effective way to address concerns and build mutual trust.”

She insisted that Washington must agree to the creation of a special monitoring mechanism that would ensure the effective exchange of crucial biotechnological information with other countries.

However, she said, it is unfortunate that no meaningful response has yet been received from the American side.

“The whole international community is interested in this,” she said. “It is very annoying that the United States has shrugged off the concerns of other countries, including Russia.”

"Ukraine has biological research facilities," Nuland said after Moscow published documents proving that a biological weapons program financed by the Pentagon had been ordered to be destroyed after Russian forces entered Ukraine.

In early 2020, months after the coronavirus pandemic, the head of the United Nations called for unity among UN Security Council members, warning that the deadly virus could pose a threat to world peace or trigger opportunistic biological terrorist attacks.

Speaking at the international body's first meeting on the pandemic, the secretary general, Antonio Guterres, said the outbreak had the potential to increase social unrest and violence. 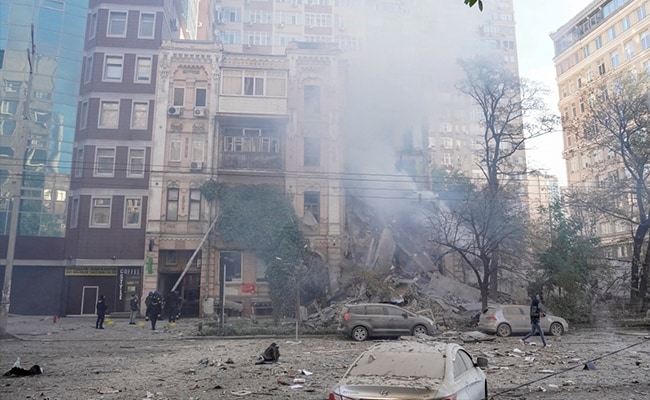 Russia Seeks UN Probe Into US "Military-Biological Activities" In Ukraine
Russia has filed a complaint with the UN Security Council demanding an international investigation into the United States' "military-biological activities" in Ukraine, the Russian foreign ministry said Thursday.

A top Russian general blamed the United States Agency for International Development (USAID) for playing a possible role in the emergence of COVID-19 through its program on bat control.

“We consider a possibility that the USAID is involved in the emergence of the novel coronavirus,” Russian Nuclear, Chemical and Biological Protection Troops commander General Igor Kirillov said.

The United States also carried out military-biological experiments in Georgia, another former Soviet republic which like Ukraine aims to join NATO and the European Union.

In August, Andrew Korybko, a Moscow-based American political analyst, told Press TV that the US was experimenting its biological weapons in these countries to specifically target the genomes that were most popular among the Russian population.

US has to shut down biowarfare labs to save the world

Is coronavirus a US biowarfare weapon?

US allocates $900mn for biowarfare