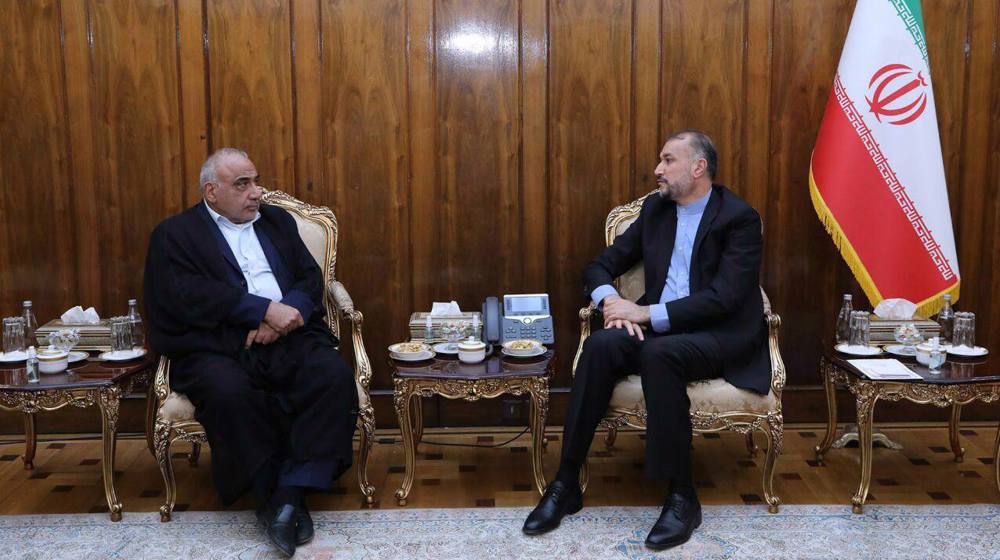 Iranian Foreign Minister Hossein Amir-Abdollahian has reiterated the Islamic Republic’s support for the Iraqi government and nation, saying Tehran intends to expand ties at all levels with Baghdad.

Amir-Abdollahian made the remarks during a meeting with former Iraqi Prime Minister Adel Abdul-Mahdi in Tehran on Sunday.

Iran will always stand by the Iraqi nation and government, Amir-Abdollahian said, expressing satisfaction with the current level of bilateral ties in political, economic, and security fields.

He highlighted, however, the need to make greater efforts to expand ties to a level proportional to the available resources, particularly in the economic sector.

Elsewhere in his remarks, the Iranian foreign minister also hailed Abdul-Mahdi and other Iraqi leaders’ attempts in preserving the country’s national unity resulting in the election of a new president.

Iraq witnessed months of political deadlock after influential Iraqi Shia cleric Muqtada al-Sadr’s bloc emerged from last October elections as the biggest parliamentary faction, but was still far short of a majority, causing the longest political vacuum in the country since the 2003 devastating invasion of the Arab country led by the United States. 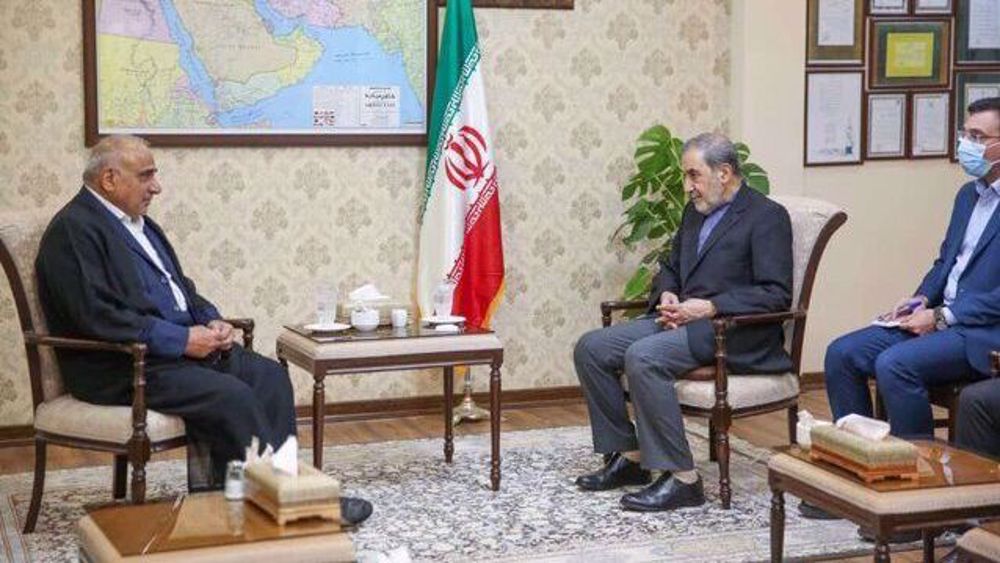 During the Sunday meeting, the two sides also discussed the recent developments concerning the talks over the removal of anti-Tehran sanctions and reviving the 2015 Iran nuclear deal, officially known as the Joint Comprehensive Plan of Action (JCPOA).

The former Iraqi official and the Iranian minister also exchanged views on reconciliation talks between Iran and Saudi Arabia mediated by Baghdad.

Iraq has hosted several rounds of talks between Saudi Arabia and Iran at the level of intelligence and security heads since last April.

The kingdom appears to have recently changed course, showing willingness through diplomatic channels and third parties to mend fences with Tehran and resume bilateral relations. 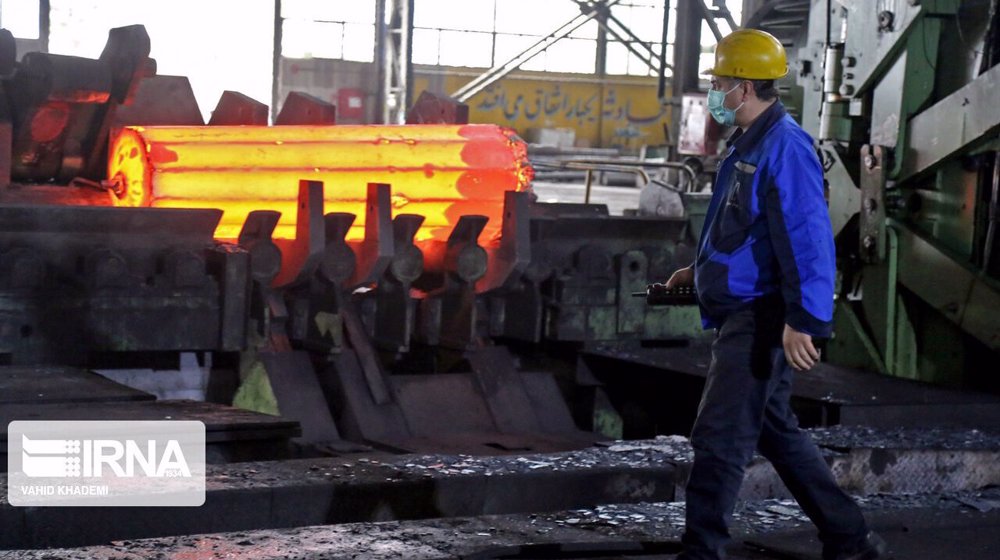 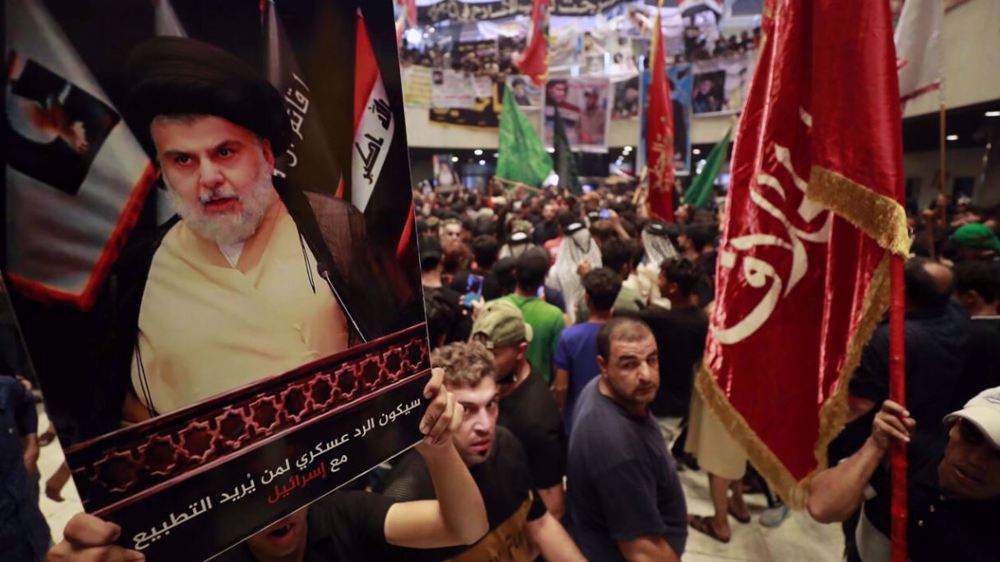 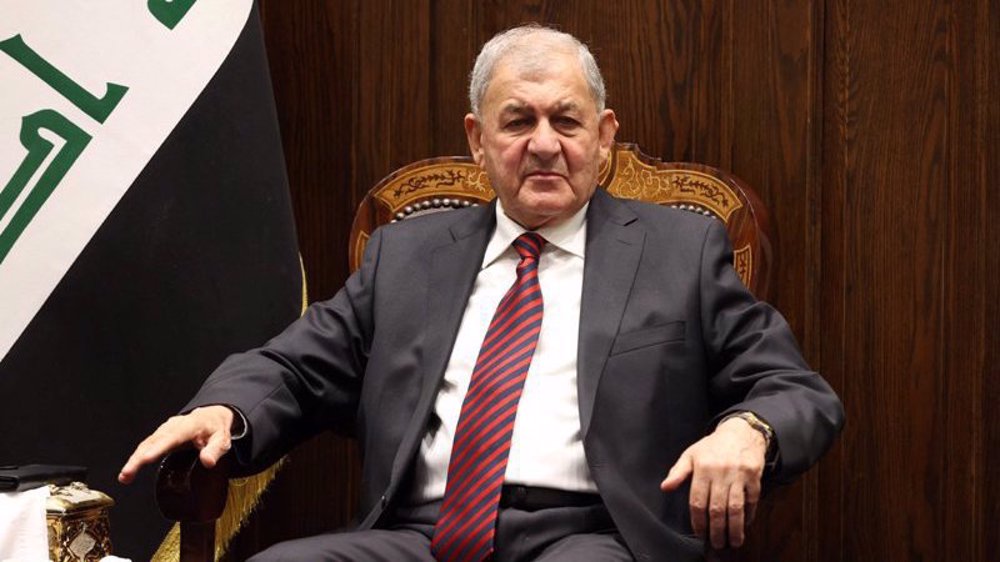 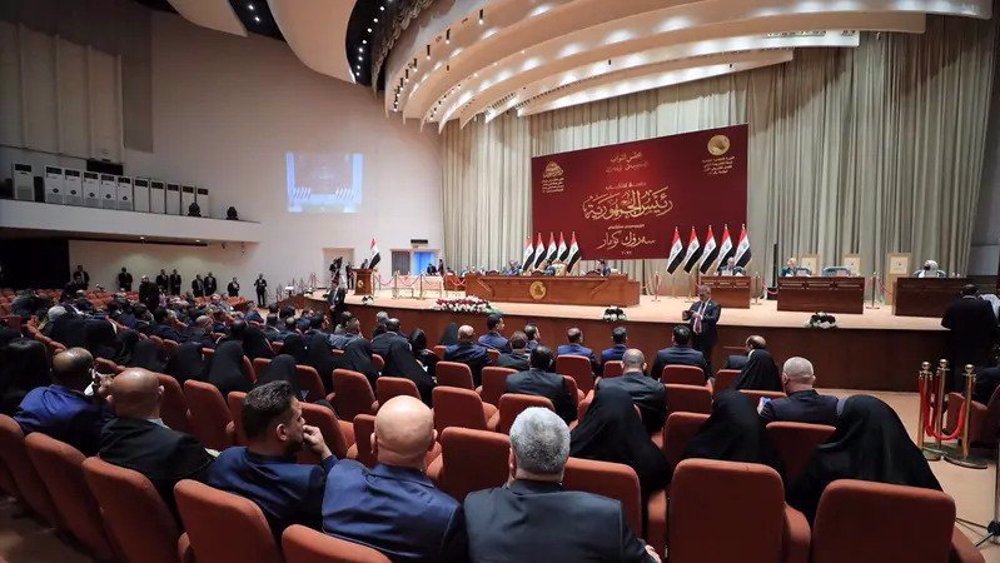