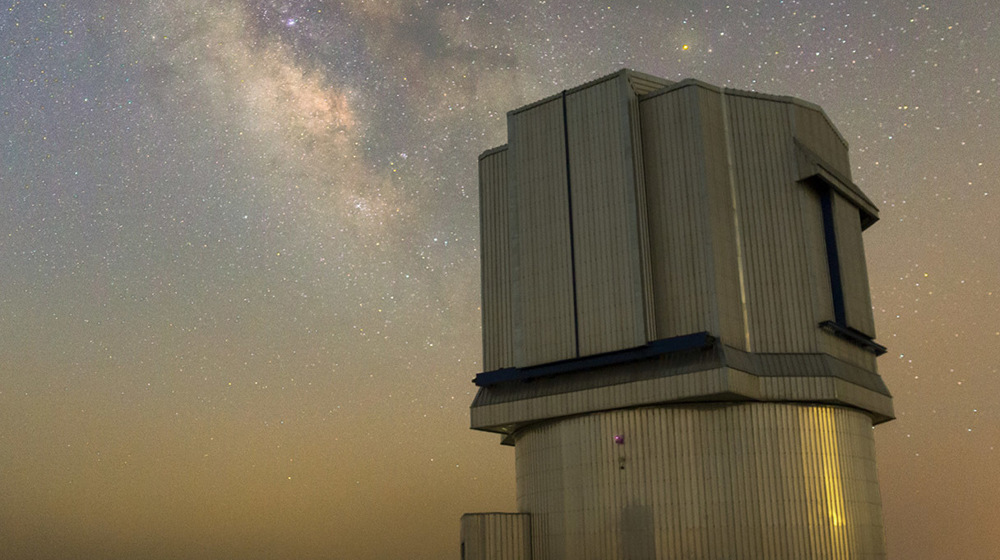 As the US continues to push for more sanctions to hamper Iran’s scientific progress, the Iranian National Observatory (INO) says its world-class, 3.4-meter optical telescope has received its “first light” after it became operational.

“In fact, if the Hubble Space Telescope was used on the earth to observe the sky and record images, perhaps the quality of its image of [Arp 282] would be the same as the image that we took with the National Telescope,” he said.

He added that the second image received from the National Telescope was of NGC 23, a spiral galaxy around 173.5 megalight-years distant from the Milky Way.

Gerry Gilmore, an astronomer at the University of Cambridge and chair of INO’s international advisory board, said the project was just a dream when INO started it. “No one in Iran had attempted anything on this scale before,” he said, according to Science Magazine.

“What surprises me is that the know-how came so fast,” optical engineer Lorenzo Zago, a consultant and advisory board member, said. “They’ve been working like hell!”

In an article, Iran’s Nour News hailed Iran’s progress in the fields of aerospace and astronomy, saying, “Although the cruel sanctions have hindered some scientific and technical cooperation, they have not prevented the realization of a strong Iran.”

The Observatory is built on a mountain top in the city of Kamoo in Isfahan province in an altitude of 3,600 meters. Initial plans for launching the National Observatory had been adopted in the 1990s, but construction had stalled due to financial and technical problems.