WHO chief says time limited to prevent genocide in Tigray 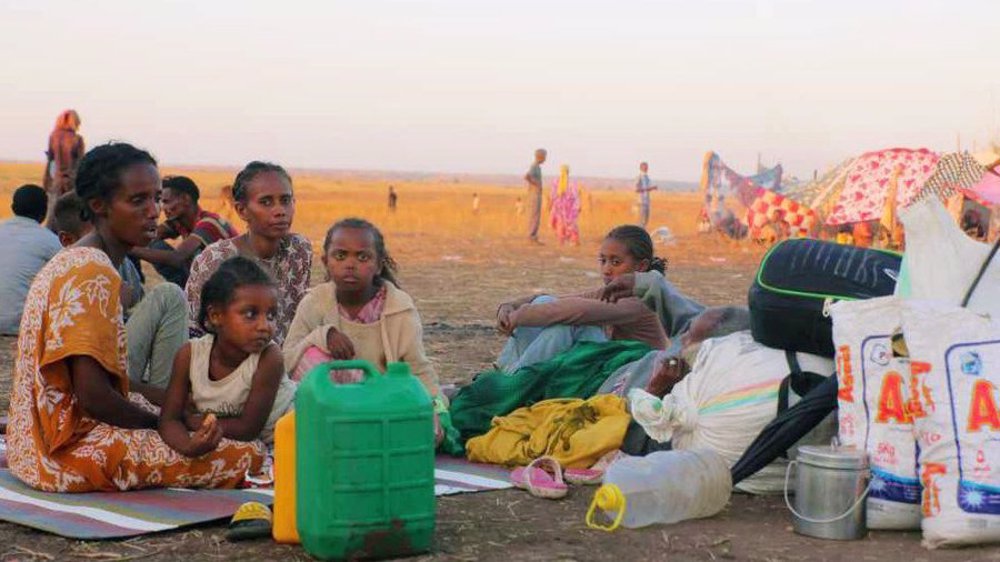 Ethiopian refugees fleeing clashes in the country’s northern Tigray region are seen after crossing the border into Hamdayet, Sudan. (File Photo by UN)

World Health Organization (WHO) Director General Tedros Adhanom Ghebreyesus has warned that there is a very narrow window to prevent genocide in Ethiopia's conflict-torn Tigray region and called for urgent action.

Tedros, in his regular press conference in Geneva on Wednesday, said, “There is no other situation globally in which six million had been kept under siege for almost two years. There is a very narrow window now to prevent genocide.”

“Yes, I’m from Tigray, and yes, this affects me personally. I don’t pretend it doesn’t. Most of my relatives are in the most affected areas, more than 90 per cent of them. But my job is to draw the world’s attention to crises that threaten the health of people wherever they are,” he said.

There was no immediate reaction from the Ethiopian government.

Tedros, who previously served as Ethiopia’s health minister and foreign affairs minister, has been sharply critical of Ethiopian authorities throughout the two-year war. The government has, in turn, accused him of trying to procure arms and diplomatic backing for rebel forces, charges he has denied.

The WHO chief said that banking, fuel, food, electricity, and health care were being used as weapons of war in Tigray, while media coverage was also not allowed and the “destruction of civilians” was taking place in darkness.

“Even people who have money are starving because they can’t access their bank for two years,” he said. “Children are dying every day from malnutrition.”

Ethiopia’s government has repeatedly denied blocking humanitarian supplies to Tigray or targeting civilians. This week, the government said its forces respected human rights and also promised access to humanitarian organizations in areas it now controls via the city’s airport.

Ethiopian forces and their allies have captured several towns in Tigray this week, raising fears that the advancing soldiers will commit abuses against civilians.

There is no other situation 🌍 in which 6 million people have been kept under siege for almost 2 years like in #Tigray, Ethiopia. This is a health crisis. I urge the intl. community to give this crisis the attention it deserves. There is a narrow window now to prevent genocide. pic.twitter.com/3M2vCtVHQQ

Ethiopia’s northern region of Tigray has been the scene of conflict since November 2020, when Prime Minister Abiy Ahmed, the 2019 Nobel Peace Prize winner, sent troops there to topple the Tigray People’s Liberation Front (TPLF) in response to alleged attacks on army camps.

The war in Tigray has killed thousands of people and, according to the UN, pushed hundreds of thousands into famine-like conditions due to a de facto humanitarian blockade on the northern region.

Tensions between Addis Ababa and the UN have been high throughout the war. In September, Ethiopia’s Foreign Ministry announced it was expelling seven senior UN officials for “meddling” with the country’s affairs.

A joint investigation last year by the UN and Ethiopia’s state-appointed human rights commission found that all sides fighting in the Tigray war had committed violations that might amount to war crimes.

UN warns about surging arrests of Tigrayans in Ethiopia

Over 200 kids under five died of starvation in Tigray hospitals: Survey