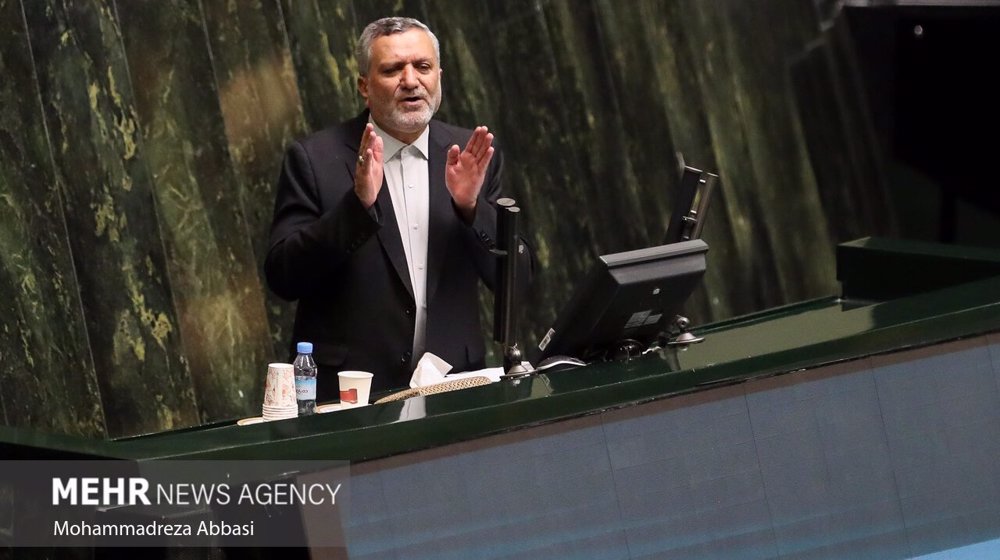 Iran’s new labor minister Solat Mortazavi speaks during a vote of confidence held in the Iranian parliament on October 19, 2022.

Iran’s parliament (Majlis) has approved a new labor minister nominated by the government of President Ebrahim Raeisi more than two weeks after it failed to endorse a previous nominee in a tight ballot.

Lawmakers in the Majlis endorsed Solat Mortazavi as the new head of Iran’s Ministry of Cooperatives, Labor and Social Security (MCLS) on Wednesday.

Mortazavi, who has served as deputy president for executive affairs for the past year, won 176 out of 258 votes cast in the confidence ballot in the 290-seat legislature. Some 64 lawmakers opposed him while 13 abstained and five votes were rejected, according to a report by Fars news agency.

His appointment came after the parliament refused to endorse Mohammad Hadi Zahedi Vafa for the top MCLS job in a tight vote held on October 4.

The MCLS is one of the key ministries of the Iranian government as it controls the Social Security Organization (SSO) of Iran, the largest life insurance and pension fund in the country. The SSO is the majority shareholder in dozens of key economic and manufacturing enterprises in Iran.

Mortazavi had served as deputy interior minister in an administration that left office in 2013 before he went on to serve as the mayor of the northeastern city of Mashhad, Iran’s second largest city.

He was one of the key members of Raeisi’s presidential campaigns in 2017 and 2021.

Russia turns to Iranian tractors to plow its farms