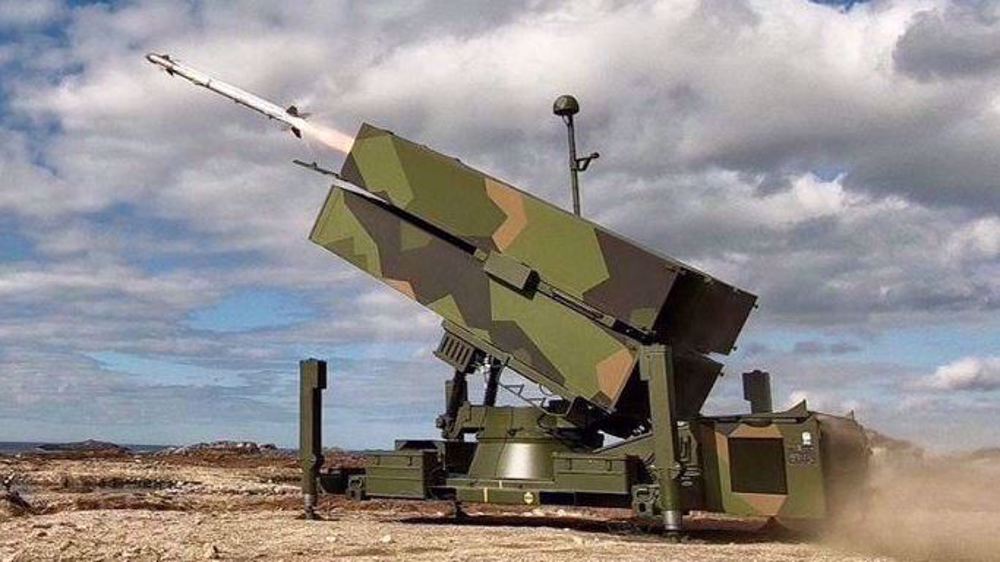 This image purportedly shows NASAMS short- to medium-range ground-based air defense systems from the US.

The US has announced its plan to supply Ukraine with more deadly weapons despite Russia's repeated warnings to the West about exacerbating the Ukraine conflict.

The Pentagon announced on Monday that the first batch of National Advanced Surface-to-Air Missile Systems (NASAMS) will be sent to Ukraine within the coming weeks.

The ground-based short to medium-range missile system, also known as the Norwegian Advanced Surface-to-Air Missile System, aims to aid the Kiev military as more attacks are launched against Russian targets.

NASAMS, which was developed by American company Raytheon and Norway’s Kongsberg Defense and Aerospace, is used against unmanned aerial vehicles, cruise missiles, and aircraft.

The attacks came in response to the deadly “terrorist act” on the Crimean Bridge earlier this month. 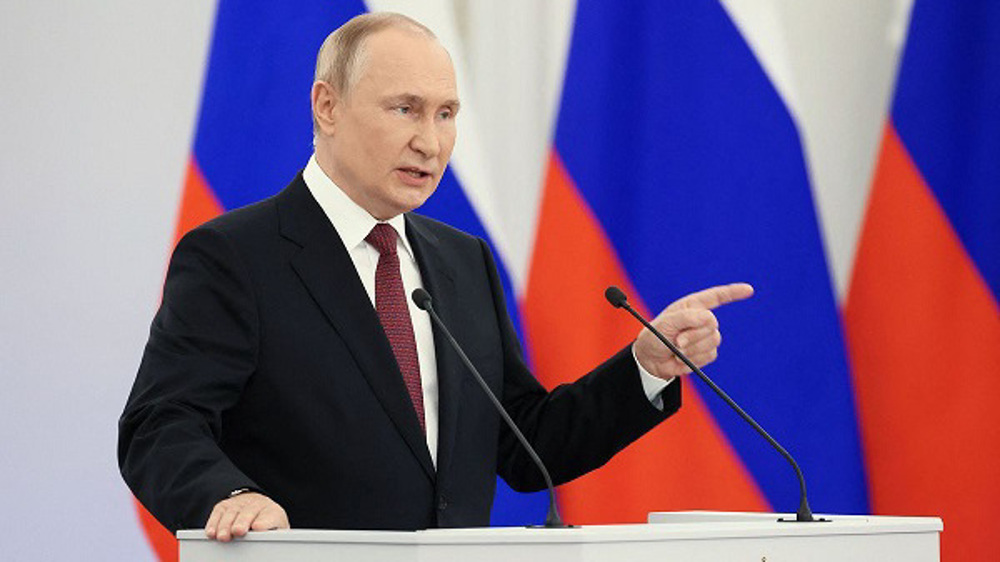 Meanwhile, an unnamed senior Pentagon official told western media that the US is “looking to try to get the first [NASAMS] into Ukraine within the next several weeks,” noting that it had already provided Kiev with more than 1,400 shoulder-launched Stinger air-defense systems.

He went on to say that the US believes these deliveries to Ukraine “continue to be an area of emphasis” for Western countries. Last week, the US vowed to expedite the shipment of two of the eight NASAMS it has long promised to Kiev.

The UK, another major supporter of Kiev, has also pledged to supply Ukraine with dozens of Advanced Medium-Range Air-to-Air Missiles (AMRAAM) to help “defend its skies.”

"Soon we are expecting the delivery of the first NASAMS air defense systems," Reznikov wrote on Facebook, detailing the agreements of the sixth meeting of the Ukraine Defense Contact Group, also known as the Ramstein format for the US army base in Germany where the first such meeting was held.

The Ukrainian minister claimed he expected the West to soon provide the Kiev forces with aircraft and tanks, as well.

The Kiev official acknowledged that Ukraine had already received loads of weapons from its western allies and continues to receive more weaponry while thousands of Kiev soldiers undergo training and more are preparing to be trained in western countries. Reznikov also pointed out that the Kiev military was implementing the NATO accounting, logistics and procurement systems in its forces in addition to over 300 other NATO standards.

He said immediately after Ramstein-6, US Secretary of Defense Lloyd Austin and Chairman of the Joint Chiefs of Staff General Mark Milley had made the creation of an integrated anti-aircraft and anti-missile defense system for Ukraine the top priority.

The Kiev official reported that Spain had decided to provide the Kiev regime with modernized HAWK anti-aircraft missile systems while talks were underway with the French to receive air defense systems from Paris, as well.

Since Russia launched its special military operation in Ukraine in February, the US and other NATO nations have supplied Kiev with a huge amount of weapons. 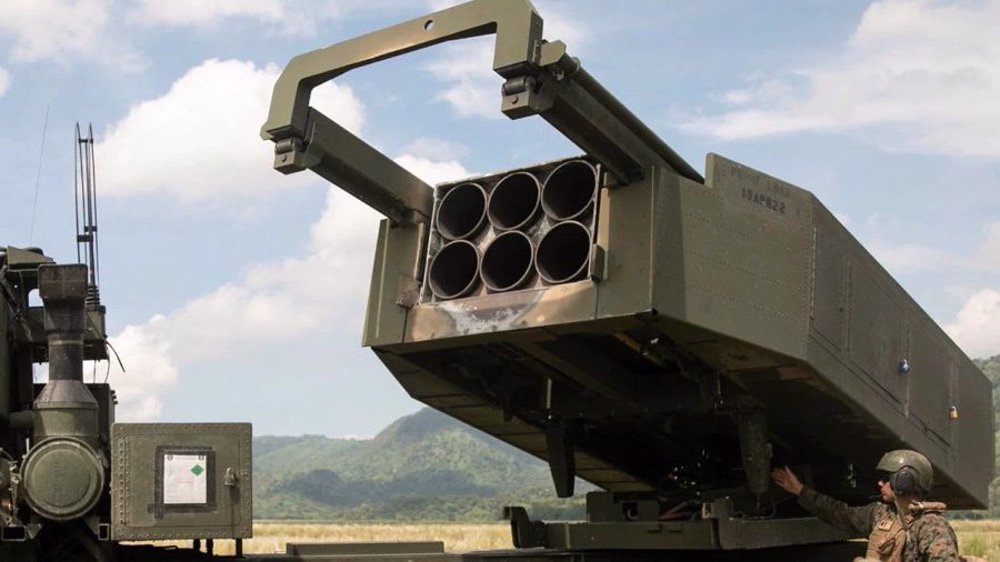 Russia has repeatedly warned that US and NATO shipments of weapons to Ukraine add fuel to the conflict between Moscow and Kiev and could bring unpredictable consequences. 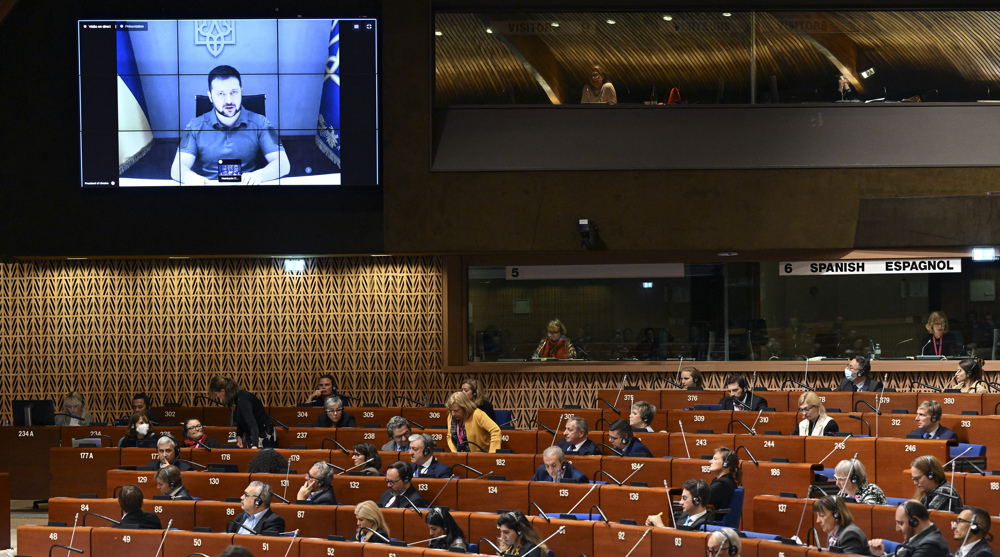 Ukraine war could lead to WWIII if Ukraine joins NATO: Russia reiterates
A Russian security official reiterates that the Ukraine conflict may escalate into another world war if Kiev joins NATO.

Russian Ambassador to the US Anatoly Antonov has called for an "end to the senseless and extremely risky pumping of weapons into the country."

Russian President Vladimir Putin has also said that the US was prolonging the war in Ukraine as part of what he called Washington’s efforts to maintain its global hegemony.

In the meantime, NATO announced plans to use US nuclear bombs based in Europe in its upcoming military drills. 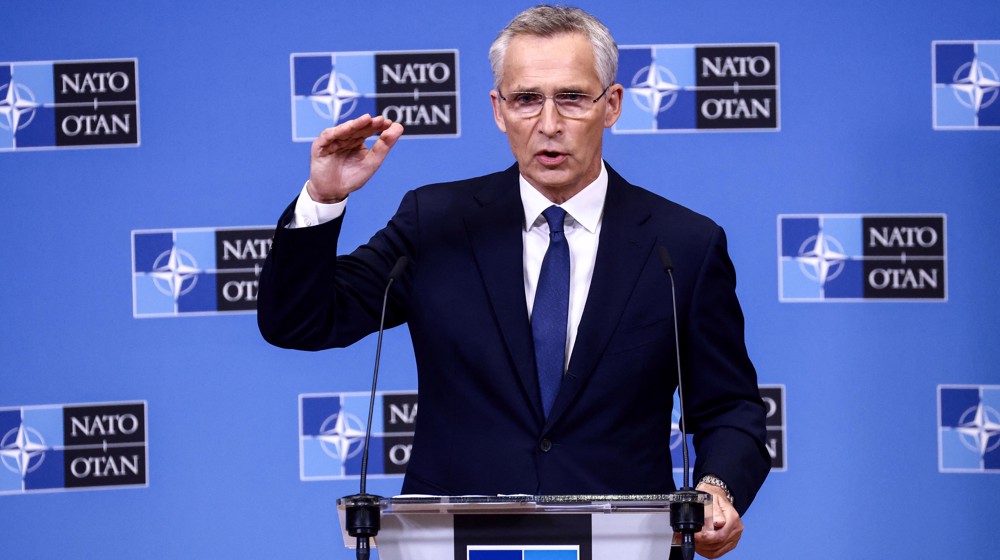 NATO Secretary-General Jens Stoltenberg said the Western military alliance will proceed with its annual nuclear exercises next week, despite high tensions over the ongoing conflict in Ukraine.

"It would send a very wrong signal if we suddenly now canceled a routine, long-time planned exercise, because of the war in Ukraine. That would be absolutely the wrong signal to send," Stoltenberg said.

"It's an exercise to ensure that our nuclear deterrent remains safe, secure, and effective," he said, insisting, "NATO's firm, predictable behavior, our military strength, is the best way to prevent escalation."

Stoltenberg said 14 of the 30 NATO member countries would take part in the exercise, dubbed "Steadfast Noon."

Analysts citing the severe security situation in Ukraine warned that holding two nuclear exercises at the same time could lead to disaster.

SHARE THIS ARTICLE
US Ukraine NASAMS
MORE FROM Military

UK police, a culture of rape, racism and impunity16min

US caused humanitarian catastrophe in Yemen by obstructing peace: Minister32min

UK to be worst-performing major economy in 2023, warns IMF2hr

Alarmed by China's rise, US resorting to warmongering against Beijing: Analyst2hr 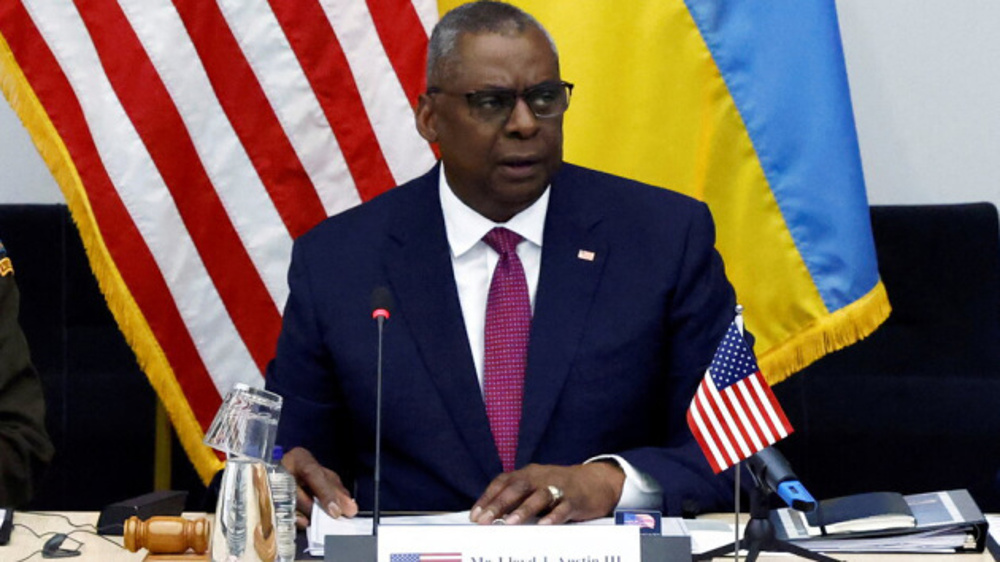 US failing to keep pace with Ukraine’s demand for advanced weaponry: American media 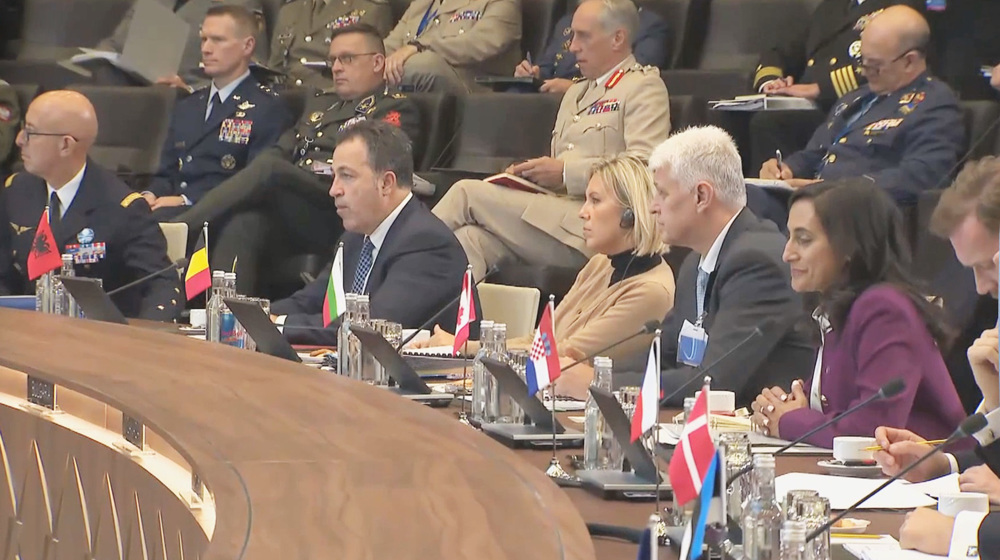 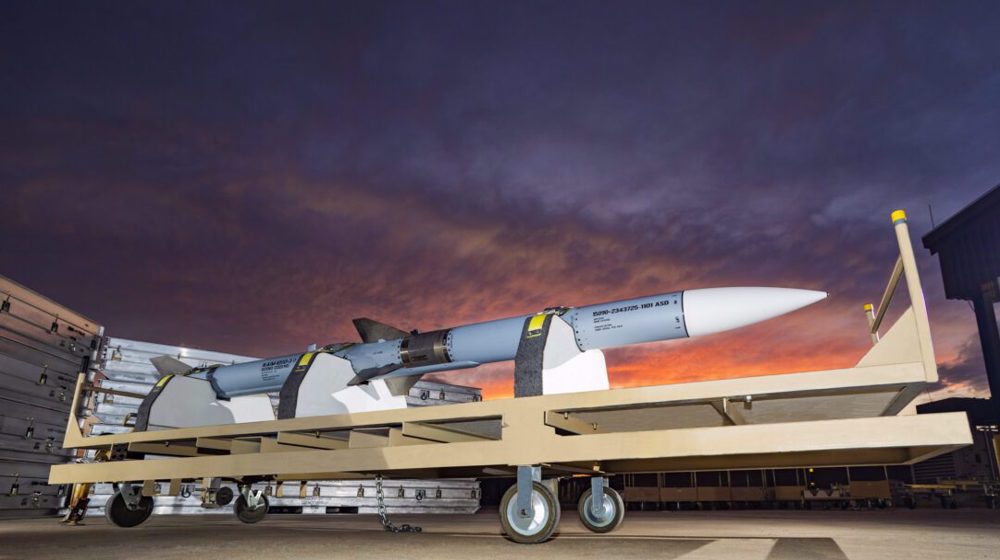 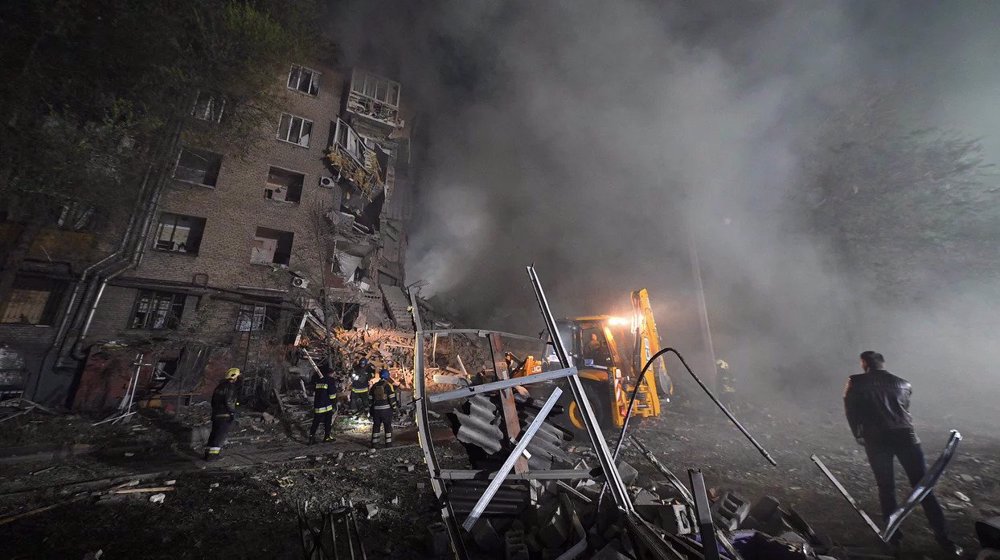 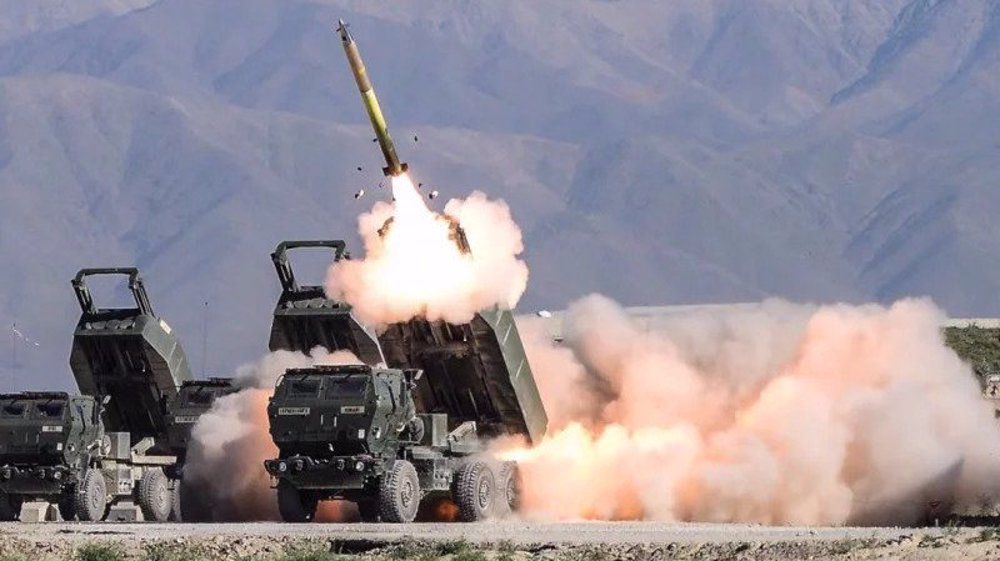 US supply of advanced weapons to exacerbate Ukraine war: Russia 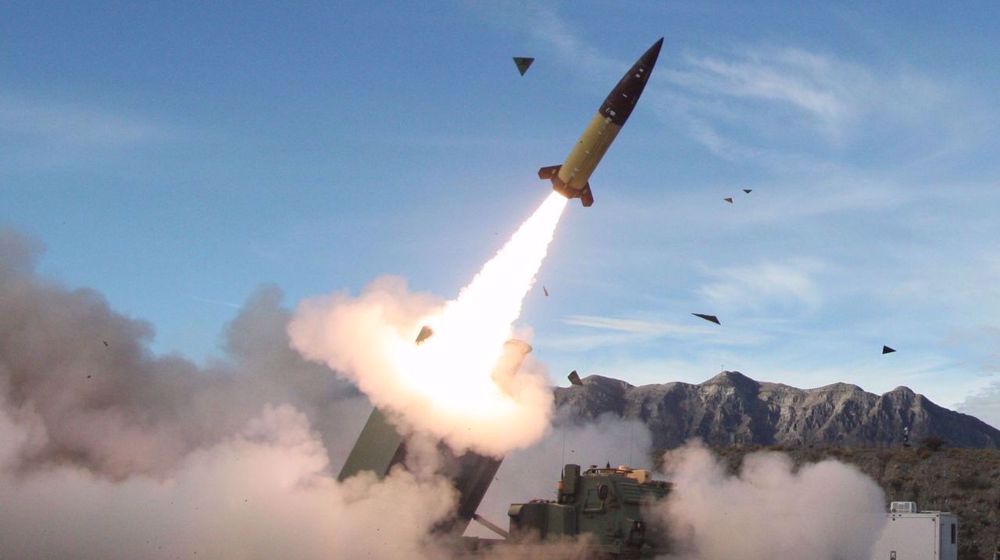 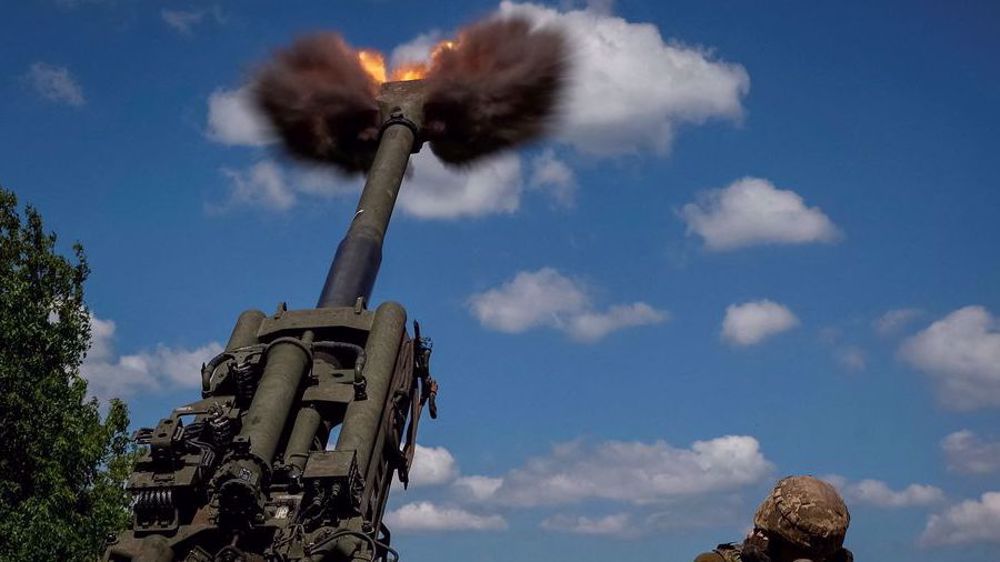