More veterans die by suicide than US government reports: Study

Iraq War veteran couple Colleen Ryan and Jeff Hensley of the US Navy help set up US flags on the National Mall on March 27, 2014, to represent veterans and service members who died by suicide. (AFP file photo)

A comprehensive new study has revealed that American military veterans are committing suicide at a much higher rate than the US government reports.

An average of 24 former service members are taking their own lives every day, 37 percent more than what has been reported by the US Department of Veterans Affairs (VA), according to a study by America’s War Partnership (AWP) conducted jointly with University of Alabama and Duke University.

In addition, 20 veterans, on average, are dying each day by “self-injury mortality,” such as drug overdose.

The official figures are lower because of undercounting related to drug overdose deaths and service record errors, according to the study, which reviewed census death data from 2014 to 2018 for eight states.

It found thousands of cases of suspected or confirmed suicides that were not included in federal reports.

“These are all preventable deaths,” said Jim Lorraine, president of AWP and an Air Force veteran. “The number is less important than the methodology of tracking them and making sure we have an accurate count … that can lead us to prevention steps.”

Lorraine said many drug-related deaths in the states that researchers reviewed were classified as accidents or undetermined even though there were indications that they should have been tagged as suicide.

There were also cases where the military history of the deceased individuals was incorrectly reported, resulting to a further undercounting of the number of veteran suicides.

Veterans who were on the service for less than three years were at the greatest risk of suicide, the report found, and the likelihood of veterans killing themselves increased by 56 percent if they had received a demotion.

The report said former members of the Coast Guard were most likely to die by suicide, followed by Marine Corps, Army, Navy and Air Force service members.

Suicide has been described as a national health crisis in the United States, with more than 45,000 Americans taking their own lives each year. 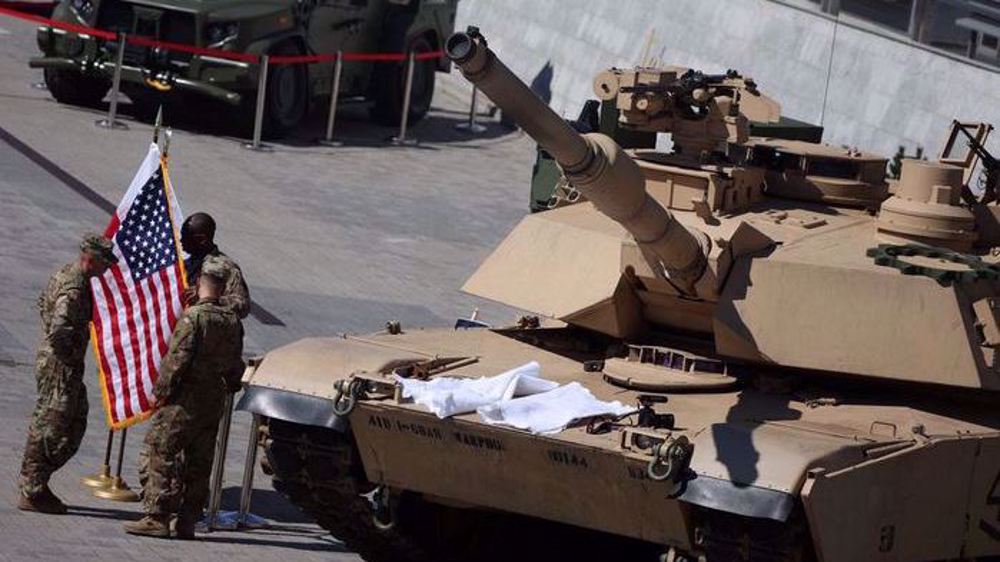 US to take Ukraine war to next level despite Russia's warnings

VIDEO | Over a dozen Palestinians injured by Israeli forces near Nablus5min

'US veterans getting brain cancer and struggling to get benefits'

US veterans suffer from trauma of fighting Imperial wars: Journalist