Afghanistan's Taliban government has warned the United Nations Security Council (UNSC) of a stern response to Western sanctions against the country’s officials, warning the world body not to use the bans as a “pressure tool.”

Abdul Qahar Balkhi, the Taliban Foreign Ministry spokesman, issued the warning before the UNSC’s plan to hold a meeting on Monday to decide on ending travel ban exemptions for 13 Taliban officials after the waiver in place for them expired late on August 19.

In a thread of tweets, Balkhi called on the world body not to use the travel ban as a “pressure tool” since the restrictive measure would lead to “distance” between Kabul and the international community rather than “dialogue.”

Calling “on UNSC not to use sanctions as pressure tool," the Taliban Foreign Ministry official added, "It was agreed in the Doha Agreement that all sanctions shall be removed from IEA leadership, a clause that should be implemented in full.”

IEA MoFA calls on UNSC not to use sanctions as pressure tool.

It was agreed in the Doha Agreement that all sanctions shall be removed from IEA leadership, a clause that should be implemented in full. pic.twitter.com/EXzXXCVtCw

“If the travel ban is extended, it will create distance instead of promoting dialogue and engagement, an outcome that must be prevented. UNSC member states should know that some bigoted Western circles are deliberately trying to create distance between Afghanistan and the world, and are provoking Afghans to take a stern stance in response which is not in the interest of anyone,” the Taliban official added.

“An Afghanistan where US, NATO and fifty nations with full strength failed to establish peace and stability, today's security and stability therein is in the interest of the whole world,” Balkhi concluded.

& are provoking Afghans to take a stern stance in response which is not in the interest of anyone.

An Afghanistan where US, NATO & fifty nations with full strength failed to establish peace & stability, today's security & stability therein is in the interest of the whole world.

Under a 2011 UN Security Council resolution, 135 Taliban officials are facing sanctions, including asset freezes and travel bans, of whom 13 have been granted exemptions from the travel ban.

Russia and China want to allow all 13 to continue to travel, while the US and Western governments want to reduce the number in protest at the Taliban's record of alleged women's rights abuses and failure to form an inclusive government.

Afghanistan has been in turmoil since the Taliban, who had previously ruled Afghanistan from 1996 to 2001, took power again on August 15, 2021 and subsequently announced the formation of a caretaker government.

The group’s resurgence came amid hasty and chaotic departure of American forces from the country.

Red Cross urges resumption of aid to Afghanistan amid ‘unbearable’ humanitarian situation
Afghanistan has been in turmoil since the Taliban took power again on August 15, 2021.

The United States and its allies then largely suspended their financial assistance to Afghanistan, adding fuel to a refugee crisis that has dramatically affected Afghanistan’s neighbors. The administration of US President Joe Biden has also frozen nearly $9.5 billion in assets belonging to the Afghan central bank since the withdrawal of its occupation forces.

Afghanistan’s Taliban administration has repeatedly called on foreign governments to roll back the sanctions imposed on Kabul and unfreeze the country’s central bank assets.

Afghan health experts have issued a stern warning about the dire healthcare situation in the country, exacerbated by a medicine shortage linked to the nation’s frozen assets in the United States. They say urgent action was needed to contain the ongoing COVID-19 pandemic and a measles outbreak in the country while citing acute malnutrition as another health problem requiring swift action. 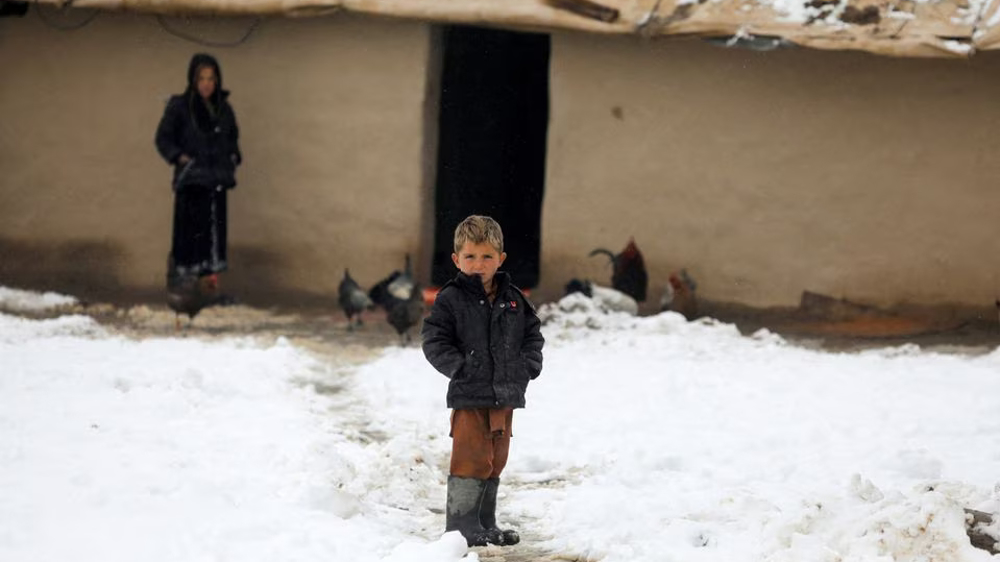 VIDEO | Over a dozen Palestinians injured by Israeli forces near Nablus1min