Pakistan’s former prime minister, Imran Khan has vowed to continue efforts to overthrow what he calls the country’s US-backed "imported" government. He has demanded that the Pakistani chief election commissioner step down to pave the way for fresh elections in the country.

Hundreds of supporters and lawmakers of Pakistan Tehreek-e-Insaf party filled the streets of the capital Islamabad on Thursday in a show of support for the ousted premier Imran Khan.

They marched in Islamabad’s Red Zone to protest the recent verdict issued by the country’s electoral body that declared Khan’s party has received illegal funds from foreign individuals and entities.

Protesters not only demanded that incumbent Prime Minister Shehbaz Sharif and his cabinet step down, but also warned the United States against interference in Pakistan’s internal affairs.

While addressing the protesters, Khan underlined that fresh election is the only way to get rid of what he called the "puppet regime."

Meanwhile, the Pakistani government has filed a disqualification reference in the Election Commission against Khan. The government demands that the electoral body impose a lifetime ban on the former Premier as well as his political party. 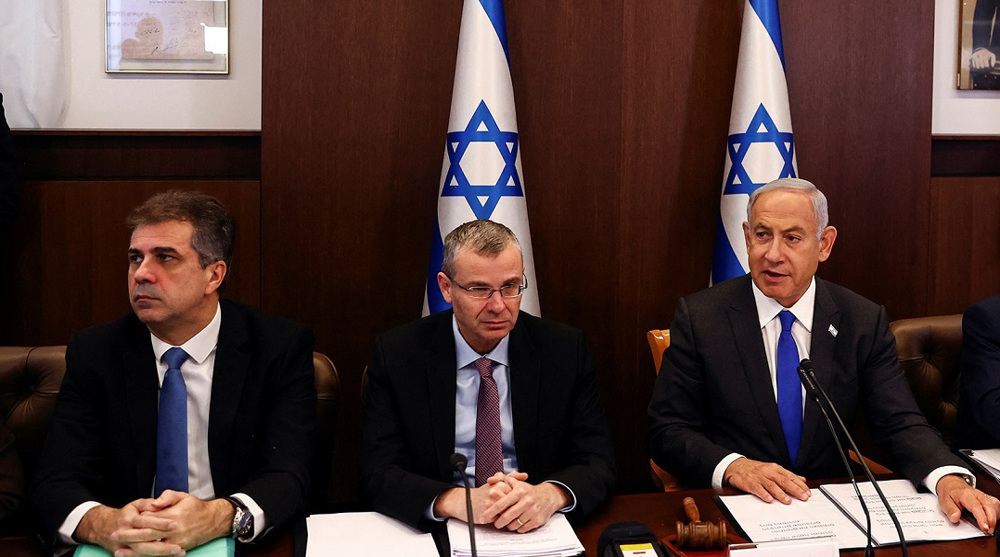 British teachers to join mass strike in row over pay26min