“We have terminated the operations of a number of the agency's cameras functioning outside the Safeguards, and tomorrow we will terminate the operations of the rest, which are 17 to 18 in total,” Mohammad Eslami told national broadcaster Thursday night.

The measures came after the UN nuclear agency's Board of Governors adopted a “political” resolution Wednesday, accusing Iran of not cooperating with the International Atomic Energy Agency (IAEA).

Iran’s response was swift and decisive, declaring that it had “taken practical quid pro quo steps which include installation of advanced centrifuges and deactivation of cameras operating outside the Safeguards Agreement".

“We installed new centrifuges and began injecting gas. For gas injection into the advanced machines, the agency’s inspectors came and visited them,” said Eslami, the head of the Atomic Energy Organization of Iran (AEOI).

He said Iran’s peaceful nuclear activities will continue in a technical manner and under the IAEA regulations as opportunities for nuclear research and industrial development,

"We currently have 12 mines on our agenda and a lot more are under study. In the next five years, we will be much different in terms of mineral processing than before.”

Iran’s top nuclear official pointed to the construction of an ion therapy hospital in the country, saying 17 new radiopharmaceuticals are also being designed for production.

Eslami also touched on the cooperation of the Atomic Energy Organization of Iran with universities.

Referring to the services of the AEOI to the country's aviation industry, Eslami said the laser has a wide range of applications but the West had turned it and the nuclear energy into a security issue, trying to make them off limits to Iran.

In the steel industry, he said, all the country’s precision instruments are nuclear, which should have been laid off during the time of US sanctions.

“The precision instrumentation systems of 150 to 160 large plants in the country, including refineries, cement and steel, had been switched off because they [the West] were not providing services but now the Atomic Energy Organization of Iran provides them to the country's industries,” Eslami said.

The AEOI, he said, is currently providing services to the Iranian ministry of petroleum to survey and discover new oil wells.

The trigger for the latest measures was a report issued by the IAEA after IAEA Director General Rafael Grossi made a controversial visit to Israel and met the regime's leaders late last month. The agency has been on the receiving end of documents supplied by Israel about Iran's nuclear program, which Tehran has rejected as fake and fabricated by MKO terrorists.

Eslami said the UN nuclear agency has been taken captive by the Israeli regime and is being exploited following the anti-Tehran resolution at the agency’s board of governors meeting in Vienna this week.

“It is regrettable that an international institution has been exploited by an illegitimate regime and its reputation has been questioned,” Eslami said, referring to the Tel Aviv regime's influence on the UN nuclear agency.

Iran's nuclear agency chief said his country moved beyond its obligations within the framework of the 2015 nuclear deal — officially known as the Joint Comprehensive Plan of Action (JCPOA) — to show its goodwill, but the move was not reciprocated by the UN agency.

“Why did we accept [those commitments] and restrict ourselves? Only to ward off the accusations [against us], but our good faith and optimism have not been taken into consideration," he maintained.

Eslami said Tehran has for the first time submitted its Country Programme Framework (CPF) to the IAEA.

“According to the agency's charter, the UN nuclear agency is now obliged to provide Iran with technical and educational support but the agency and other international institutions have been taken captive by the Zionists.”

Stressing that Iran’s peaceful nuclear activities will continue in a technical manner and under the IAEA’s regulations, Eslami said Iran will only accept the agency’s representatives to monitor its activities within the framework of the stated regulations.

“In the last twenty years, the entire psychological operations and sanctions and resolutions were imposed on us to stop the Islamic Republic's (progress),” he noted. “Why did Iran accept the JCPOA? To build trust, and for this reason, Iran agreed to even slow down its nuclear activities.”

Eslami emphasized that Iran cannot put its trust in the US and Europe forever, but would fulfill its JCPOA obligations once the US returns to the deal which it unilaterally abandoned in May 2018.

On Wednesday, Iran switched off two of the IAEA surveillance cameras that it had voluntarily allowed in a "goodwill gesture.”

The Atomic Energy Organization of Iran said the cameras functioned outside the safeguards agreement signed by Tehran. It added that Iran’s agreement to allow the cameras to run was not “appreciated” by the UN agency but considered an “obligation”.

Mikhail Ulyanov, Russia's envoy to the IAEA and representative in the Vienna talks, on Friday censured as “stupid” the anti-Tehran resolution adopted by the IAEA’s board of governors, saying the West has no understanding of the ongoing situation.

“Have you got the latest news from Iran? Do you understand now why Russia voted against the stupid Western resolution of the IAEA BoG on Iran yesterday? Regrettably our Western counterparts demonstrate total lack of understanding of where we are,” Ulyanov wrote in a Twitter post.

Have you got the latest news from #Iran? Do you understand now why Russia voted against the stupid Western resolution of the #IAEA BoG on Iran yesterday? Regrettably our Western counterparts demonstrate total lack of understanding of where we are.

He had earlier warned of adverse consequences if the resolution was passed, urging the EU to take further "diplomatic efforts" instead of making the hostile move against the Islamic Republic. 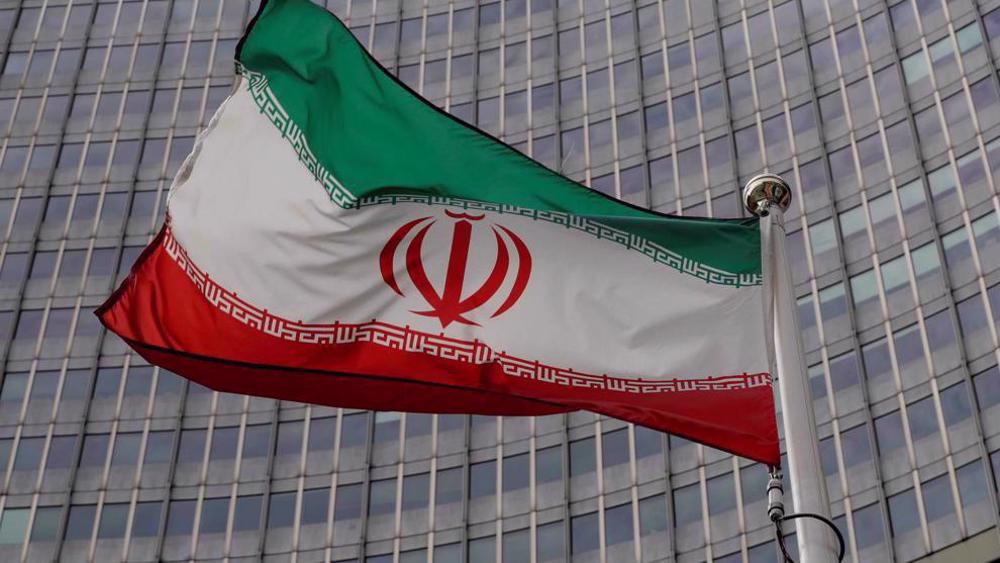 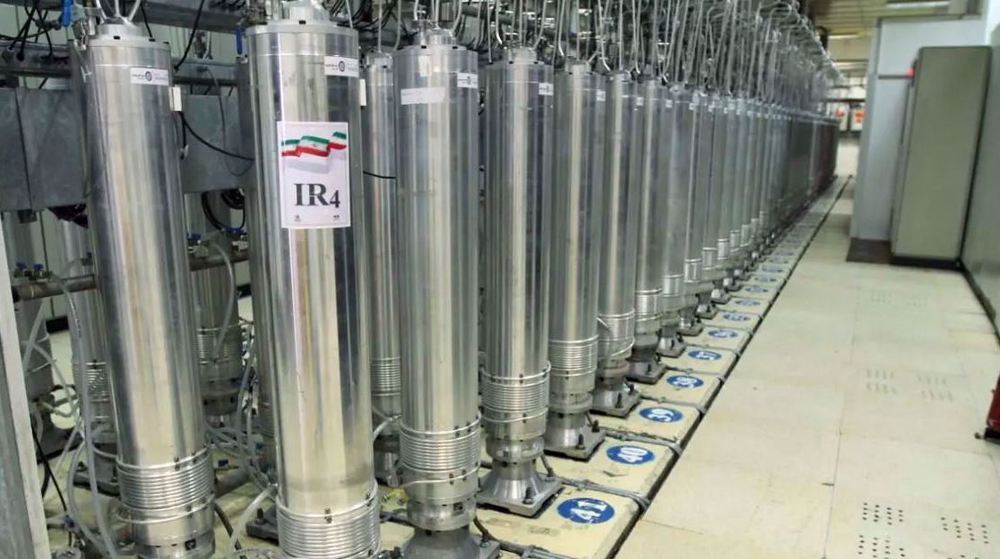 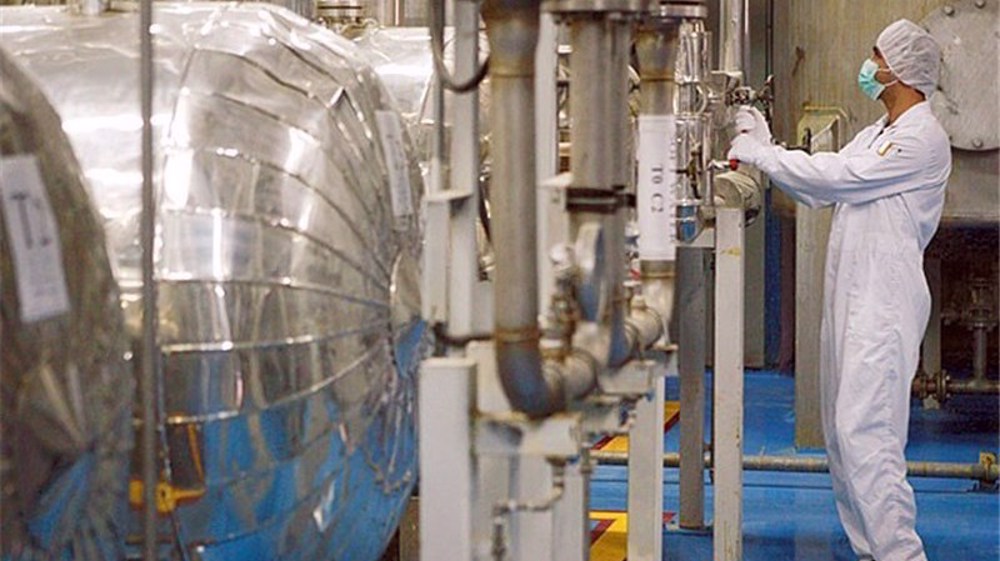 Balloon incident ‘damages trust’ between US and China 1min

Backed by Israel, US and EU allies submit anti-Iran draft resolution to IAEA