Canadian Prime Minister Justin Trudeau takes part in a march to end Islamophobia in memory of the Afzaal family in London, Ontario on Sunday, June 5, 2022.

Muslim community leaders in Canada have renewed demands from the government to deal with Islamophobia a year after four members of a Muslim family were killed in a terrorist hate attack.

They met with Canadian Prime Minister Justin Trudeau and lawmakers in the capital, Ottawa, on Monday to call for meaningful measures to address persisting Islamophobia and hate crimes in the British Commonwealth nation.

The demand came a year since four members of the Afzaal family were killed in London, Ontario in a heinous terrorist attack. It also came a day after thousands of local residents took to the streets for a protest rally.

The incident occurred last June, when 20-year-old Nathaniel Veltman deliberately slammed his pick-up truck into Salman Afzaal, 46, his wife Madiha, 44, his 74-year-old mother Talat, their 15-year-old daughter Yumna and their 9-year-old son Faez as they waited to cross the road. Only Faez survived the brutal attack.

Veltman is facing four counts of first-degree murder, one count of attempted murder and terrorism charges. His trial is set to begin in September 2023, according to local press reports.

The Toronto police chief confirmed at the time that the victims were “targeted because of their Islamic faith.”

On Sunday, Trudeau attended the London march. "This afternoon in London, thousands of people showed up to honour the Afzaal family; to be there for Fayez, who survived; and to march against Islamophobia," he tweeted.

"In memory of #OurLondonFamily, we must keep working together and using every tool we have to combat this hatred," Trudeau added.

Later Monday, he tweeted a photo of a meeting with delegates from the National Council of Canadian Muslims (NCCM).

As part of @NCCM’s National Advocacy Day, and on the anniversary of the terrorist attack targeting the Afzaal family, I met with delegates from across the country. We spoke about – and recommitted – to working together to combat Islamophobia and root out systemic discrimination. pic.twitter.com/SMybun300k

Last year’s terror attack placed the Muslim community in Canada in a state of fear, grief and anxiety, renewing the same sorrow many held in the aftermath of a deadly 2017 assault on a Quebec mosque that left six worshipers dead, and a fatal stabbing at another mosque in Toronto in 2020.

In 2020, researchers found the number of hate groups operating in the country had tripled in recent years.

Responding to demands from Muslim community leaders, the Canadian government is said to have begun taking applications for an envoy for combating Islamophobia, a role that would reach out to communities and advise the prime minister and the government on the best ways to fight hate crimes against Muslims in Canada.

“It is impacting Muslim Canadians from across the country,” said Canada’s Minister for Diversity and Inclusion Ahmed Hussen.

"The application process is open for anyone interested to fulfill the role," he said. "They will issue recommendations and they will work tirelessly to promote work to combat Islamophobia."

Fatema Abdalla of the NCCM said while the announcement is a step in the right direction, more needs to be done to ensure better protection of Muslim communities.

“It’s about time that we see action,” she said in an interview with the local CityNews radio station.

The NCCM is further calling for more measures to tackle online hate, a national public education campaign on Islamophobia, as well as changes to the criminal code.

Muslim woman injured in Canada in latest ‘hate-motivated’ attack
A Muslim woman in Canada has been attacked by a knife-wielding man shouting racial slurs in the Edmonton suburb of St. Albert in the Western province of Alberta, local police say.

Last year, the group presented a list of 61 recommendations to counter Islamophobia in the country, including the discontinuation of "Countering Violent Extremism" programs that have been found to target Muslim communities.

The recommendations also call for the development of a federal anti-Islamophobia strategy that includes a clear definition of Islamophobia by the end of the year and funding to help support victims of hate-motivated crimes. 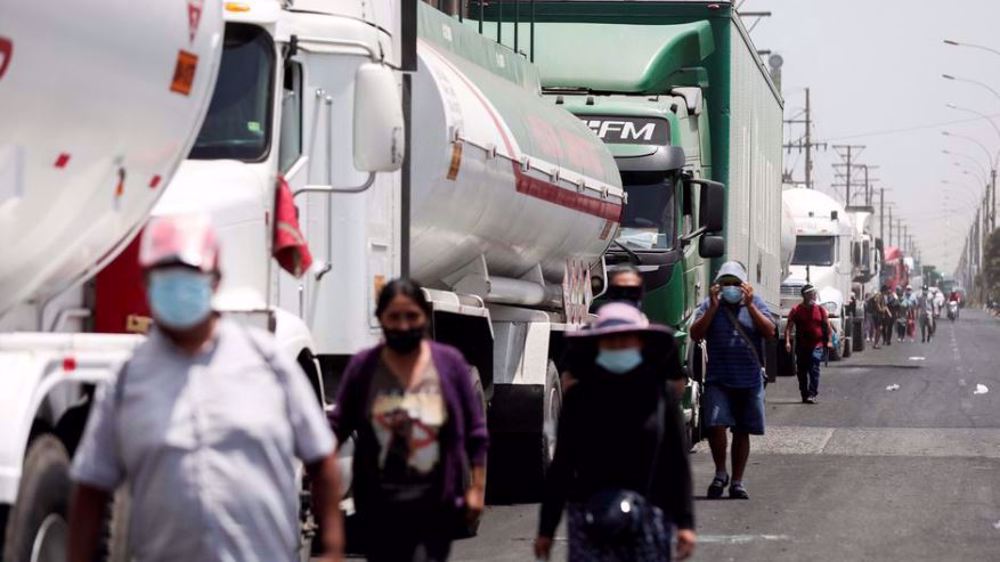 Yemen urges UN to save lives of over 5,000 renal failure patients25min

Trump under fire for meeting white supremacist in Florida44min

Canada still to cope with its legacy of colonialism: Indigenous activist