Pelosi accuses Russia of bullying US over Ukraine aid

US Speaker of the House Nancy Pelosi addresses a press conference in a hotel in Rzeszow, southeastern Poland, on May 1, 2022. (Photo by AFP)

US House Speaker Nancy Pelosi has accused Russia of being a bully for warning Washington against supplying Ukraine with weapons, instigating the West to stand with Kiev until a victory for Ukraine.

Following a meeting with Ukrainian President Volodymyr Zelensky in a surprise visit to Kiev, Pelosi said the US should “not be bullied by bullies."

When asked about sending additional aid to Ukraine, she said that if Russia is "making threats, you cannot back down."

The speaker said she traveled to Kiev to “send a clear message to the world: America stands with Ukraine.”

She said that Washington "stands with Ukraine until the victory is won. And we stand with our NATO allies in supporting Ukraine."

Pelosi, leading a Congressional delegation, arrived in Kiev on Saturday.

The delegation huddled with the Ukrainian president and his leadership team for three hours discussing sanctions on Russia and how they could be strengthened, weapons and how supplies could be increased.

The delegation said in a statement on Sunday, Zelensky thanked Washington for the substantial assistance that we have provided."

Following the Kiev visit,  they are slated to meet with Polish President Andrzej Duda and other senior officials in Warsaw.

Putin warns of ‘quick-fire response’ to interventions in Ukraine war
“We have already taken all the decisions on this,” the Russia president said.

Russia, which launched a military campaign in Ukraine on February 24, has repeatedly warned about the risks of a nuclear conflict in the region if NATO continues pumping weapons into Ukraine.

Washington and its European allies, however, have supplied Kiev with military equipment such as drones, Howitzer heavy artillery, anti-aircraft Stinger and anti-tank Javelin missiles.

To President Vladimir Putin, such military shipments are part of a broader plan by Washington and its allies to destroy Russia.

Putin on Wednesday warned of a quick-fire military response to any country that intervenes in Moscow’s military operation in Ukraine. 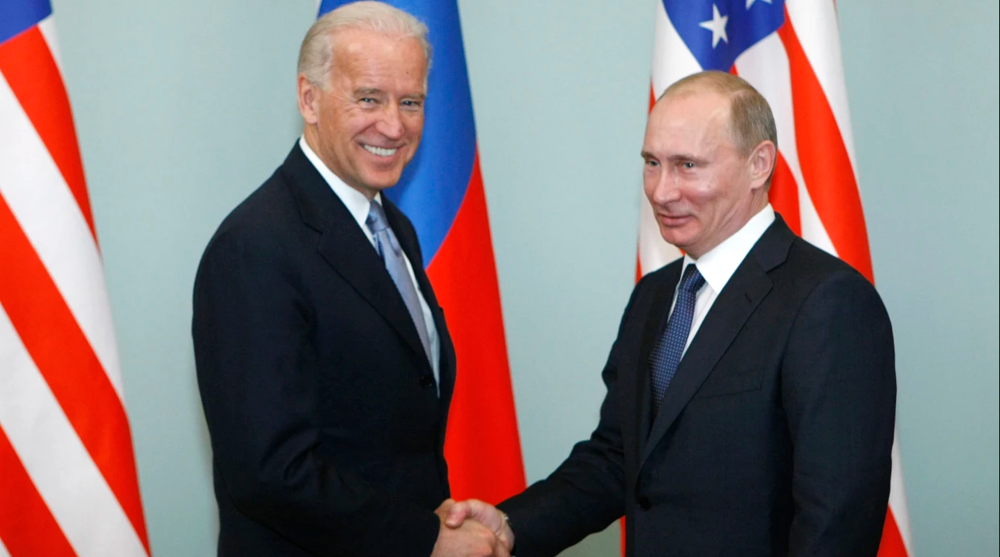