A family compound in a remote location on the massive Navajo Nation, the largest land area retained by a Native American tribe in the United States, outside of Gap, Arizona. (File photo by Reuters)

US Native Americans have expressed strong opposition to new voting laws passed by the Republican-dominated Congress earlier this year, stripping many aborigines of voting rights.

Republicans have been using former US President Donald Trump’s claims regarding the Democratic Party's cheating, and widespread election fraud in the United States as cover for a campaign to limit voter access.

The bills proposed by the Republican Party in various US courts largely center around tougher controls on voting by strengthening voter ID laws, shortening early voting in states, eliminating automatic and same-day voter registration, curbing the use of ballot drop boxes, limiting mail-in voting, and allowing for increased purging of voter rolls.

Rights groups say the Republican-proposed bill regarding strengthening voter ID which requires voters' to show a birth certificate and permanent address to vote will strip some Native Americans of their voting right. 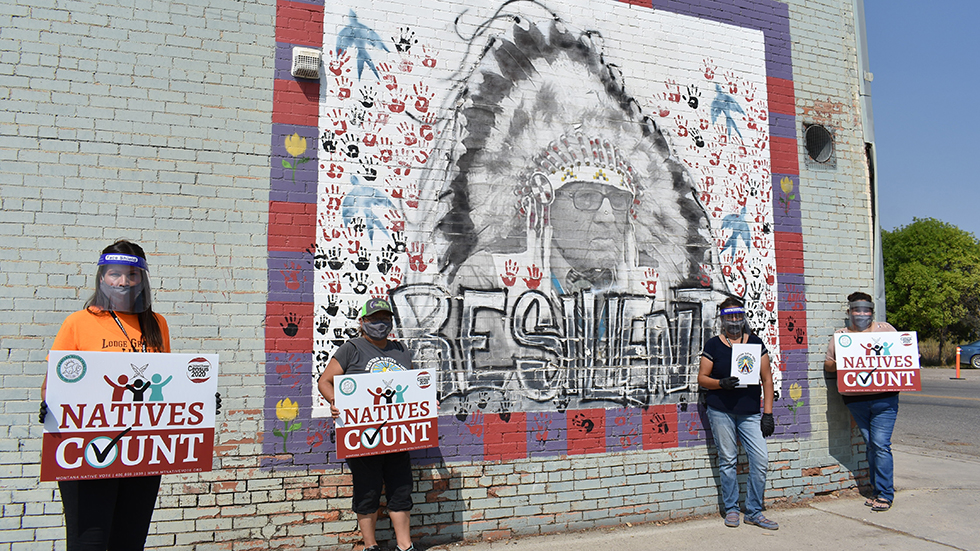 Many, like Blackwater-Nygren’s grandmother, do not know their actual birthdates or have different sets of documents that show different dates of birth.

“When I tell these stories, when I explain to lawmakers, GOP members specifically, I’m told they do know when they were born and it’s ridiculous that anybody wouldn’t know what day they were born,” Blackwater-Nygren said.

Also, Native Americans, especially those residing on the hundreds of reservations across the country, may not have a permanent address as specified by the Republican-proposed law.

Due to these issues and other matters regarding voting flaws, Trump claimed the 2020 US election was fraudulent.

Fraud or coup?
The self proclaimed beacon of democracy faced unprecedented assaults on its capitol in opposition to election results and claims of voter fraud.

The self-proclaimed beacon of democracy witnessed an unprecedented attack on its Congress in opposition to election results and claims of voter fraud.

The brutal attack on Capitol Hill on January 6, 2021, once again revealed the failure of Democracy in the United States.

Nine wounded in mass shooting in US

Nasrallah hails Hezbollah as frontrunner of battle against Israel 1hr

Russia halts US inspections of its strategic arms over travel curbs2hr

Truss vs Sunak: Race for UK leadership heats up amid looming recession3hr

Native Americans left out of US coronavirus data, labelled as 'other'

‘Native Americans under oppression in US’

Native Americans to ‘decide own future’