A view of the NHS Nightingale Hospital North West in Manchester, Britain, on January 5, 2021 (photo by Reuters)

The new NHS England figures, published on Friday, showed that an average record number of 35,596 staff had been absent in the past week, a level last seen at the height of the second wave of the pandemic in England in January 2021.

Furthermore, the data showed 39,142 NHS staff at hospital trusts in England had been absent for COVID-19-related reasons on January 2 only, marking a 59-percent increase in contrast to the previous week.

Considering non-COVID absences, the number would reach more than 80,000 staff each day on average. Around half of staff absences were due to COVID-19.

Speaking to Sky News on Friday, Dr. Chaand Nagpaul, council chairman of the British Medical Association (BMA), said, “We have never known this level of staff absence before.”

“Every winter of course, the NHS has additional pressures, but I don’t think anyone who’s worked in the NHS has experienced this level of absence of their colleagues,” he added.

The situation in the North East and Yorkshire was even worse, with a total of 8,788 absent staff at hospital trusts on January 2, up 110 percent from the 4,179 reported on Boxing Day, according to NHS England data.

UK's daily COVID infections hit record high of 129,471
Britain reported a record 129,471 new cases of COVID-19 on Tuesday, a day after Prime Minister Boris Johnson said he would not bring in new restrictions this year to limit the spread of the highly transmissible Omicron variant of the virus.

The NHS national medical director, Stephen Powis, said the number of COVID-19 infections in the hospitals was at its highest level since February 2021.

“While we don’t know the full scale of the potential impact this new strain will have, it’s clear it spreads more easily and as a result, COVID cases in hospitals are the highest they’ve been since February last year,” Powis said.

Meanwhile, Patricia Marquis, the Royal College of Nursing’s director for England, said the staff shortage was also affecting other sectors in the UK. “Outside of healthcare, staffing shortages are closing shops and cancelling trains.” 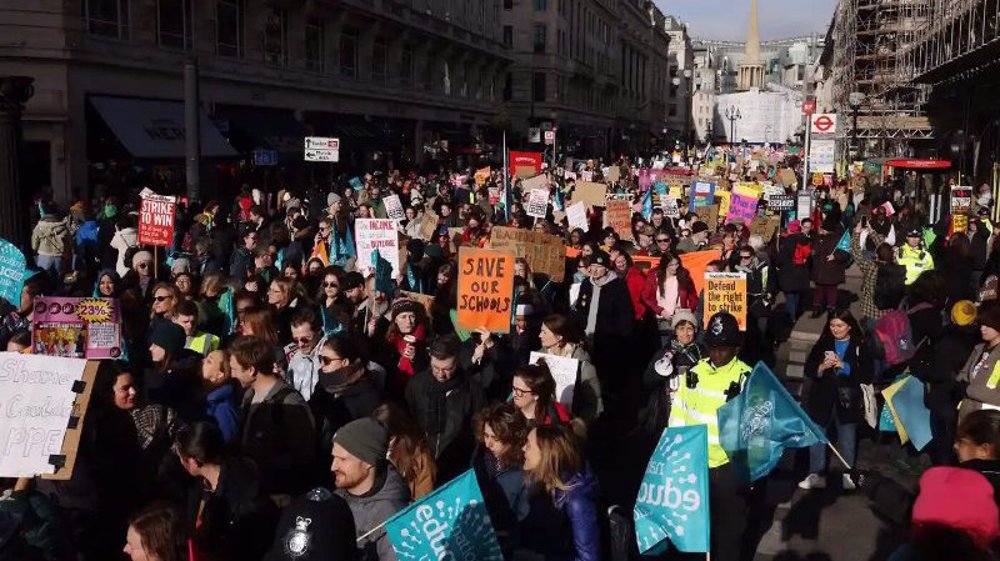 Record numbers of Americans worse off under Biden: Poll17min