As another round of discussions in Vienna comes to a close, Iran’s chief negotiator Ali Bagheri Kani says the three European parties to the 2015 nuclear deal, also known as the E3, intimately agreed to accept Tehran’s viewpoint as a basis for “serious, result-oriented” talks.

Bagheri Kani was briefing reporters on Friday, at the end of the seventh round of talks in the Austrian capital of Vienna between Iran and the five remaining signatories to the multilateral nuclear deal, officially known as the Joint Comprehensive Plan of Action (JCPOA), aimed at removing the US sanctions imposed on Tehran and saving the agreement..

He said the pace of reaching an agreement depends on the will of the opposite side, adding, "If the other side accepts the rational views and positions of the Islamic Republic of Iran, the new round of talks can be the last one and we can achieve a deal in the shortest possible time."

The senior added that Iran and the P4+1 group of countries reached “two new documents for talks both on the issue of sanctions and on the nuclear issue,” referring to the bans that the US imposed on Iran after withdrawing from the deal and the retaliatory nuclear steps that Tehran took away from the accord.

He emphasized that a fresh round of Vienna talks would start in the near future based on these new texts which incorporate Iran’s viewpoints and positions.

Bagheri Kani, who also serves as deputy foreign minister for political affairs, noted that given the formation of a new administration in Iran, the country’s new negotiating team had brought along its own stance and views to Vienna.

At the same time, however, the new Iranian negotiating team took into account the positions, views, amendments and proposals put forwards by the former Iranian colleagues during the previous six rounds of talks in Vienna as well as the drafts that had been prepared up to that time and “incorporated them in the negotiation documents that we presented to the other side,” he added.

“Specifically, two documents were important for the negotiations. One was related to the removal of sanctions, which was the main priority on the agenda of the negotiating team of the Islamic Republic of Iran,” the chief negotiator said.

He said the removal of sanctions was not just a priority for Iran, but other parties, including some of the P4+1 members, such as China, explicitly announced in the discussions that their priority was in harmony with that of Tehran.

In the course of the days that the latest talks were underway in Vienna, senior diplomats and experts of Iran and the P4+1 group of countries held several sessions on the removal of the sanctions and exchanged a number of documents about the two sides’ views on amendments or changes which should be made in the final text Bagheri Kani said, adding, “We received the latest documents on the sanctions removal today.”

Asked whether the two sides have managed to narrow down their differences, the senior diplomat said Iran announced its stance on the sanctions removal and nuclear issues in two documents, but “the European side was initially reluctant to accept the Islamic Republic of Iran’s views as a basis for the talks.”

He said the European signatories to the JCPOA — Britain, France and Germany— exerted pressure on Iran at first to make it retreat from its positions and insisted that the negotiations should move forward within the framework of the previous six rounds of the Vienna talks.

Faced with Iran’s resistance and logical arguments, the opposite side finally agreed to accept Iran’s positions as “a basis for serious, result-oriented” negotiations, the senior official added.

He criticized the E3 for failing to present a specific constructive initiative during the talks, saying, “They previously announced that they have proposals and initiatives on some topics, including the issue of guarantees, but we received no proposal or initiative from them during this round of talks.”

Iran’s chief negotiator explained that the talks were paused on Friday because the two sides agreed on the basis of the future negotiations, noting that they would resume a fresh round with serious discussions on the texts which have been agreed upon by all the negotiating teams.

Bagheri Kani said the new round of talks would be resumed within the next few days, adding that the negotiations will start based on the JCPOA and “no other basis has been announced by anyone and will be accepted by anyone.”

Iran and the five remaining parties to the JCPOA resumed talks in Vienna on November 29 after a five-month pause, marking the first round of negotiations under President Ebrahim Raeisi’s administration and the seventh overall.

The Islamic Republic maintains that its presence at the talks is intended to have the US sanctions removed, which would, in turn, secure a US return to the nuclear deal.

The US, which is not allowed to directly participate in the talks as a result of its 2018 withdrawal from the JCPOA, claims that it is willing to undo the withdrawal and repeal its “maximum pressure” policy against Iran.

Iran argues that the onus is on Washington to return to the nuclear deal after removing its illegal sanctions and offering guarantees that it will not exit the pact again.

Russia: Seventh round of talks successful

In turn, Russia’s lead negotiator and Permanent Representative to International Organizations in Vienna Mikhail Ulyanov said the seventh round of talks was successful since it “prepared sound basis for more intensive negotiations” in the future.

The seventh round of the #ViennaTalks was successful in a sense that it prepared sound basis for more intensive negotiations. It is fully confirmed that further work will be based on the results of the previous rounds. The negotiators now much better understand each other.

“It is fully confirmed that further work will be based on the results of the previous rounds. The negotiators now much better understand each other,” Ulyanov said in a post on his Twitter account, at the end of the meeting of the JCPOA Joint Commission and the seventh round of the Vienna talks.

China’s lead negotiator, Wan Qun, said the talks will “resume hopefully before the end of the year.”

The senior Chinese diplomat added that “we haven’t firmed up a date yet.”

As the Vienna talks adjourned on Friday for at least 10 days, European Union deputy foreign policy chief Enrique Mora said time to reach an agreement was running out fast.

“We don’t have months, we rather have weeks to have an agreement,” Mora told a news conference, expressing hope that the talks would resume before the end of this year.

“There is a sense of urgency that is absolutely important if we want to really have success in these negotiations,” he said.

Mora and other officials said some most relevant elements of the new Iranian positions had been incorporated into the existing text so as to have a common basis for negotiation.

He added that the sides succeeded in establishing very quickly a very good working relationship with the new Iranian negotiating team.

However, the three European parties to the JCPOA sounded less optimistic.

“There has been some technical progress in the last 24 hours, but this only takes us back nearer to where the talks stood in June,” the E3 negotiators said in a statement, describing the break as “a disappointing pause in negotiations.”

“We hope that Iran is in a position to resume the talks quickly, and to engage constructively so that talks can move at a faster pace,” the European statement added. “There are weeks not months before the JCPOA’s core non-proliferation benefits are lost. We are rapidly reaching the end of the road for this negotiation.” 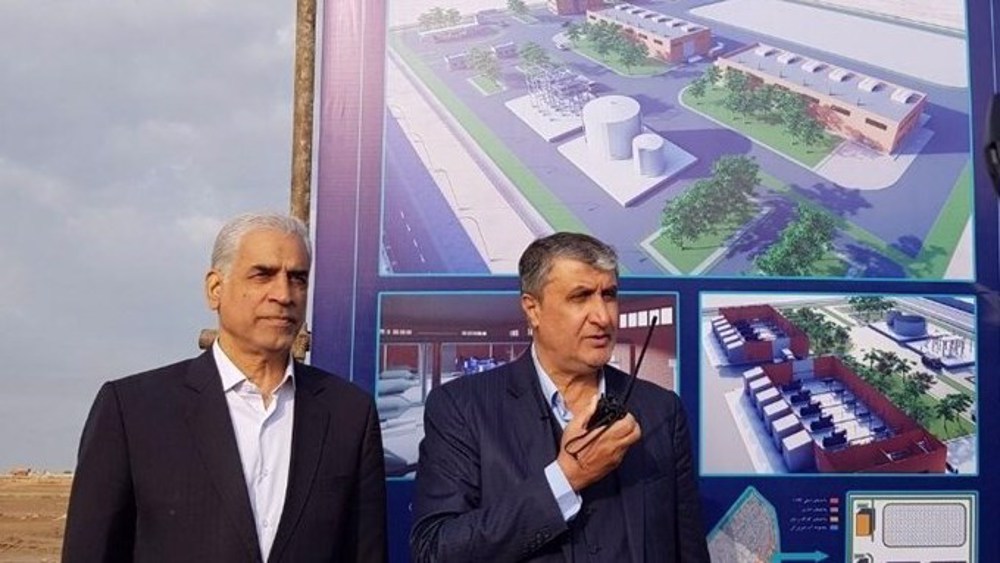 VIDEO | Life getting harder for Afghan people as winter approaches5hr