US accuses Russia, China of planning invasion; warns them of consequences

(From R to L) The national flags of China, Russia and the US

The Biden administration has accused Russia and China of planning invasions of the US allies, warning them of consequences if Moscow and Beijing launched any offensives.

Washington has accused Moscow of massing troops near Ukraine's borders and of planning an invasion. It has also claimed that Beijing is seeking to seize Chinese Taipei.

President Joe Biden said Friday the US would make it "very, very difficult" for Russia to launch any invasion of Ukraine, which has claimed that a large-scale attack may be planned for next month.

Biden told reporters at the White House that he was putting together "the most comprehensive and meaningful set of initiatives to make it very, very difficult for Mr. Putin to go ahead and do what people are worried he may do."

Russian President Vladimir Putin has warned the West and Kiev against crossing the Kremlin's "red lines" over staging military exercises and building up weaponry in Ukraine.

The US president and his Russian counterpart are reportedly due to hold a video call to discuss the rising tensions between Washington and Moscow. However, it remains unclear when the call is to take place.

In an interview with Reuters, US Secretary of State Antony Blinken said Biden would tell the Russian president in their video call that the Washington is determined to “stand resolutely” against any reckless or aggressive actions that Moscow may pursue.

Blinken also threatened Russia with "serious consequences" if it launches any military attack on neighboring Ukraine and said that the United States would defend the territorial integrity of Ukraine despite the fact that Moscow has rejected Washington’s allegations of preparing to invade the eastern European country.

Blinken: US and European allies ‘stand resolutely against’ Russia
US Secretary of State Antony Blinken has again threatened Russia with "serious consequences" if it launches any military action in neighboring Ukraine.

Earlier in the day, a report by the Washington Post cited US officials and an intelligence document as claiming that Russia was planning a multi-front offensive involving up to 175,000 troops as soon as next year.

Moscow's plans "involve extensive movement of 100 battalion tactical groups with an estimated 175,000 personnel, along with armor, artillery and equipment," a US administration official told the Post on condition of anonymity.

Relations between Ukraine and Russia have been deteriorating since 2014, when the then-Ukrainian territory of Crimea voted in a referendum to fall under Russian sovereignty. The US and the European Union-backed Kiev refused to recognize the referendum results, later imposing sanctions on Moscow.

Ukraine as well as the EU and the US also claim Russia has a hand in an ongoing conflict that erupted in the Donbass region of Ukraine between government forces and ethnic Russians in 2014. The West imposed sanctions on Russia after accusing it of interfering in the conflict. Moscow denies the allegation.

Ukraine claims that Russia has deployed heavy-armored vehicles, electronic warfare systems and nearly 100,000 soldiers around its borders while Russia says Ukraine has deployed half of its army, or 125,000 troops, to the ethnic Russian region of Donbass, calling it “very dangerous adventurism” by Kiev.

The Kremlin has warned that the US and NATO are turning Ukraine into a “powder keg” by increasing arms supplies to Kiev and inflaming tensions in the country's volatile east.

Blinken: China moves to invade Taipei would be 'potentially disastrous'

Separately on Friday, the US secretary of state said that Chinese leaders should think carefully about their taking any action regarding Taipei, warning of "terrible consequences" if Beijing precipitates a crisis across the Taiwan Strait.

Blinken said any move by China to invade the self-ruled island “would be a potentially disastrous decision," repeating Washington's position that it is "resolutely committed" to making sure Taipei has the means to defend itself.

Blinken claimed that Beijing has been trying to change the status quo across the Taiwan Strait in recent years by engaging in provocative military maneuvers and trying to isolate Chinese Taipei from the rest of world.

"I hope that China's leaders think very carefully about this and about not precipitating a crisis that would have I think terrible consequences for lots of people and one that's in no one's interest, starting with China," Blinken said.

China has sovereignty over Chinese Taipei, and under the “One China” policy, almost all world countries recognize that sovereignty. The US, too, recognizes Chinese sovereignty over the island but has long courted Taipei in an attempt to unnerve Beijing.

Tensions between Chinese Taipei, China, and the US have been at their highest in decades.

China has been flying fighter jets close to Chinese Taipei while the US has reportedly had troops deployed in the territory for the past year for alleged training purposes.

Last month, Biden said the United States would come to Taipei’s aid if it were to come under attack from China, claiming it had a commitment to defend the self-ruled island.

The United States, which backs Taipei’s secessionist president, also continues to sell weapons to the island in defiance of Beijing and in violation of its own official policy. 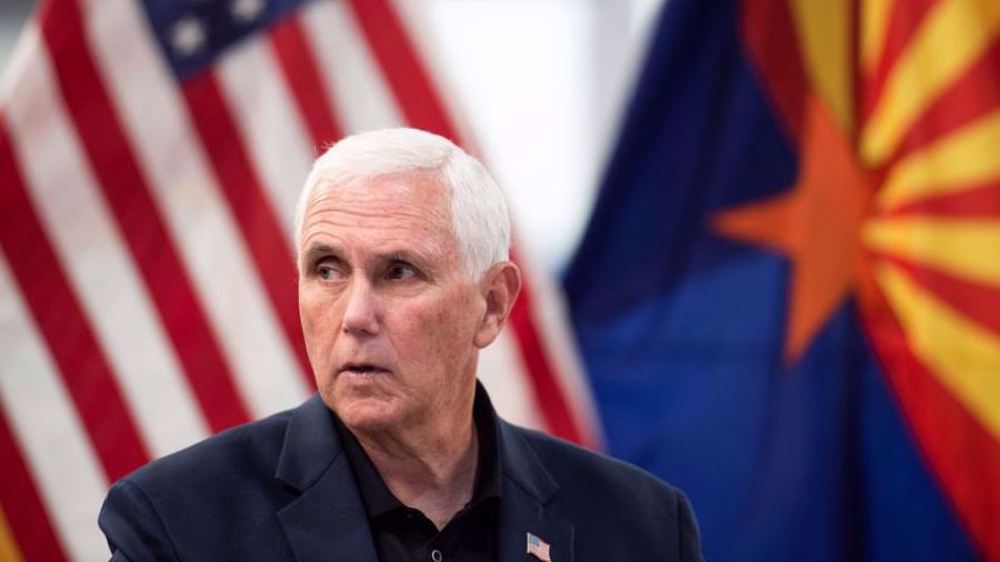