Myanmar’s junta has censured a recent UN human rights report on the country as an “incitement to violence,” saying the United Nations exploits human rights for intervention in country's internal affairs.

In a statement on Sunday, the junta-appointed Ministry of Foreign Affairs said the report would “only lead to further division among [the] nation and incitement to internal violence.”

The UN uses human rights “as a political tool to intervene in the internal affairs of Myanmar,” the ministry added.

On Friday, UN Special Rapporteur on Myanmar Tom Andrews warned of a greater human rights catastrophe in Myanmar amid reports of the military massing thousands of troops and heavy weapons in the north of the country. Andrews told the UN General Assembly that he had received information that tens of thousands of troops were being moved into restive regions in the north and northwest.

“These tactics are ominously reminiscent of those employed by the military before its genocidal attacks against the Rohingya in Rakhine state in 2016 and 2017,” he said, urging the international community to deny Myanmar’s military the money, weapons, and legitimacy.

‘Atrocity crimes’ feared as Myanmar sending troops, weapons to north: UN
The UN special rapporteur on Myanmar says the world should be prepared for “even more mass atrocity crimes” in Myanmar.

In what the UN has described as “a textbook example of ethnic cleansing,” the Rohingya Muslims based in Rakhine have been subject to a state-sponsored campaign of killing, rape, and arson attacks by the military. The brutal campaign has forced some 700,000 Muslims to flee their homeland and seek refuge in Bangladesh since the 2017 clampdown, which is the subject of a genocide investigation by the International Criminal Court (ICC).

Meanwhile, a prominent Myanmar activist, Kyaw Min Yu, was arrested on Sunday evening in an overnight raid, according to his wife.

“He was staying in a safe house together with two other activists who escaped from the back door,” Nilar Thein told AFP, referring to his 52-year-old husband, who is better known as Ko Jimmy. She said police had not informed her of his whereabouts, voicing fears that she “won’t see him alive” again.

“I urge the international community to keep their eyes [on the situation] to save the lives of Myanmar people.”

Nilar Thein and Ko Jimmy have been in and out of prison for their activism, with the latter’s last stint behind bars being from 2007 to 2012.

Myanmar frees thousands of political prisoners, then re-arrests some
Myanmar

After the February 1 putsch this year, the junta issued an arrest warrant for him, accusing the activist of inciting unrest with his social media posts.

Myanmar has been gripped by turmoil since the coup, which ousted the government of de facto leader Aung San Suu Kyi and arrested her along with several other political leaders. Almost 850 people have been killed and thousands of others arrested by the junta ever since.

Hundreds of thousands of people have held numerous protests against the coup leaders, demanding the release of Suu Kyi and other detainees. She is scheduled to testify in court for the first time on October 26. 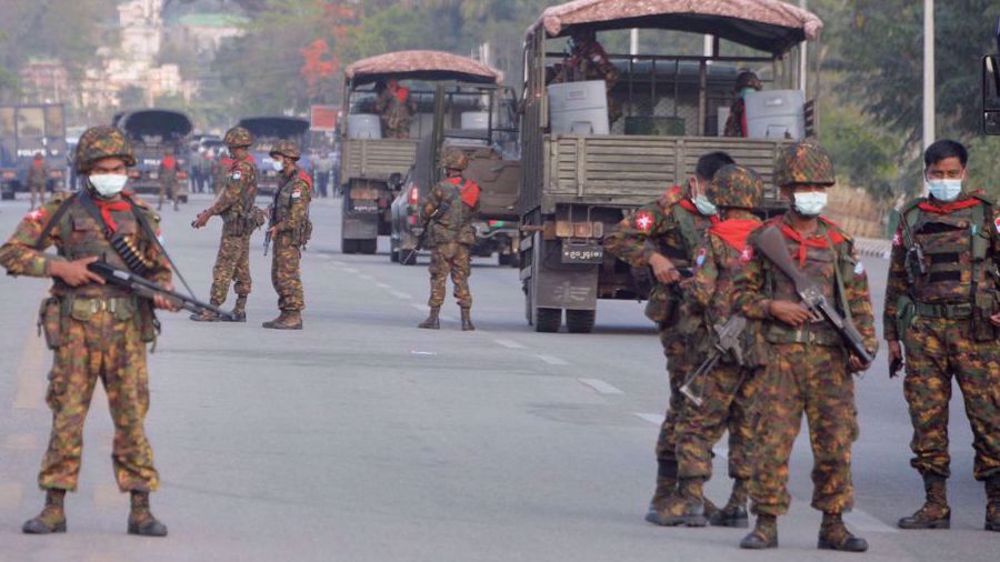