Venezuelans hold protest over US 'kidnapping' of Maduro envoy

A man hold a sign reading “Freedom for Alex Saab. All of Venezuela is with you. Thank you for your fight against the economic blockade”, referring to Colombian businessman Alex Saab, who was extradited to the US, during a demonstration demanding his release, at the Bolivar square in Caracas, on October 17, 2021. (Photo by AFP)

Venezuelans have held a protest gathering, calling for the release of a kidnapped businessman held by the US government.

Colombian businessman Alex Saab, 49, who is a Venezuelan envoy of Lebanese descent, was incarcerated by local authorities during a stopover in the African archipelago nation of Cape Verde in June 2020.

Saab's wife, Camila Fabri, attended the protest in the Venezuelan capital Caracas and read a statement written by Saab who has been extradited to the United States.

The US Justice Department charged Saab in 2019 in connection to business dealings with Venezuela. The United States also imposed sanctions on Saab for allegedly making a profit from a state-run food program. Saab's lawyers have accused the US prosecutors of fabricating charges against Saab, calling the case against him as "politically motivated".

They said Saab had been "kidnapped" by the United States and that his extradition from Cape Verde to the US on Saturday "violated" international laws.

Venezuela's President Nicolas Maduro on Sunday lambasted the US for kidnapping Saab.

"It was a sad day, and one of indignation because the American empire violated all international rights and took a Venezuelan diplomat," Maduro said.

Saab is expected to attend an initial court hearing in US District Court for the Southern District of Florida on Monday.

In the meantime, Caracas called off talks with the US-backed opposition to resolve longstanding problems.

US economic sanctions on Venezuela have plunged the nation into poverty, with a majority of the population grappling with lack of access to basic needs, gasoline shortage and frequent power cuts. The dire conditions have prompted millions of Venezuelans seeking better living conditions to move to other countries. 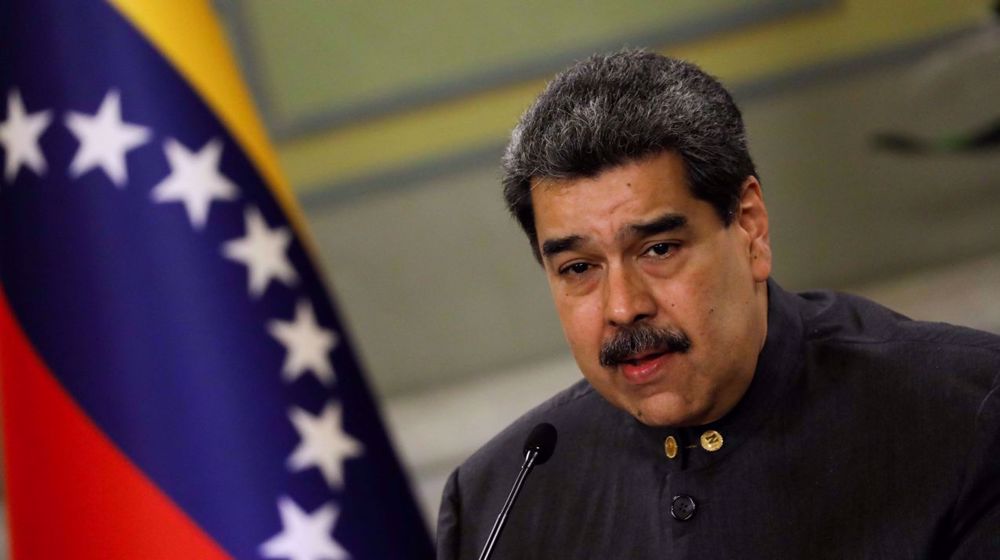 Guaido in Europe to shore up support for Venezuela regime change