US says ‘concerned' about China's 'military activity’ near Taipei

A Chinese J-16 fighter jet attached to an aviation brigade of the air force under the PLA Eastern Theater Command soars into the sky during multiple training sorties on February 16, 2021. (Photo by Global Times)

The United States has criticized what it called China's "provocative military activity near Taiwan" following Beijing's most recent show of airpower near Chinese Taipei, which Beijing considers a breakaway province that should be reunited with the mainland.

"The United States is very concerned by the People’s Republic of China’s provocative military activity near Taiwan, which is destabilizing, risks miscalculations, and undermines regional peace and stability. We urge Beijing to cease its military, diplomatic, and economic pressure and coercion against Taiwan," State Department spokesperson Ned Price said in a statement, referring to Chinese Taipei.

China on Friday flew 38 fighter jets over Taipei’s airspace after Britain sent a warship through the Taiwan Strait in a move aimed at challenging Beijing's claim to the strategic waterway. On Saturday, China flew 30 warplanes toward Taipei.

"We have an abiding interest in peace and stability across the Taiwan Strait. We will continue to assist Taiwan in maintaining a sufficient self-defense capability, and we will maintain our commitments as outlined in the Three Communiqués, the Taiwan Relations Act, and the Six Assurances," Price said in the statement.

"The US commitment to Taiwan is rock solid and contributes to the maintenance of peace and stability across the Taiwan Strait and within the region," he added. "We will continue to stand with friends and allies to advance our shared prosperity, security, and values and deepen our ties with democratic Taiwan."

The ministry described the Chinese show of force as “incursion” and said Taipei had scrambled combat aircraft to counter the move, which happened on the same day that Beijing marked the founding of the People's Republic of China.

The incident — the biggest since 28 jets flew into the zone on June 15 — came after Britain sent the HMS Richmond through the Taiwan Strait on Monday, a move that challenged Beijing's claim to the sensitive waterway and marked a rare voyage by a non-US military vessel.

The Chinese People's Liberation Army censured the voyage, the first time since 2008, accusing Britain of acting out of "evil intentions to sabotage peace and stability in the Taiwan Strait.”

Western media engaged in campaign to slander China: Official
“It is exactly the same as the absurd rumors that some people in the United States and the West are accustomed to making,” China’s Foreign Ministry spokeswoman said.

US warships periodically carry out provocative voyages through the strait, drawing responses from China that asserts sovereignty over the self-ruled island.

Under the “One China” policy, almost all world countries recognize that sovereignty. The US, too, recognizes Chinese sovereignty but has long courted Taipei in an attempt to unnerve Beijing.

While US warships pass through the strait on an almost monthly basis, despite Chinese opposition, the United States’ allies have generally been reluctant to follow suit.

China has already sent a stern warning to the UK against deploying warships to the disputed South China Sea.

The US and its allies side with Beijing’s rival claimants in maritime disputes in the South China Sea, while China has always warned the US against military activities in the sea.

Beijing says potential close military encounters between the air and naval forces of the two countries in the region may cause accidents. 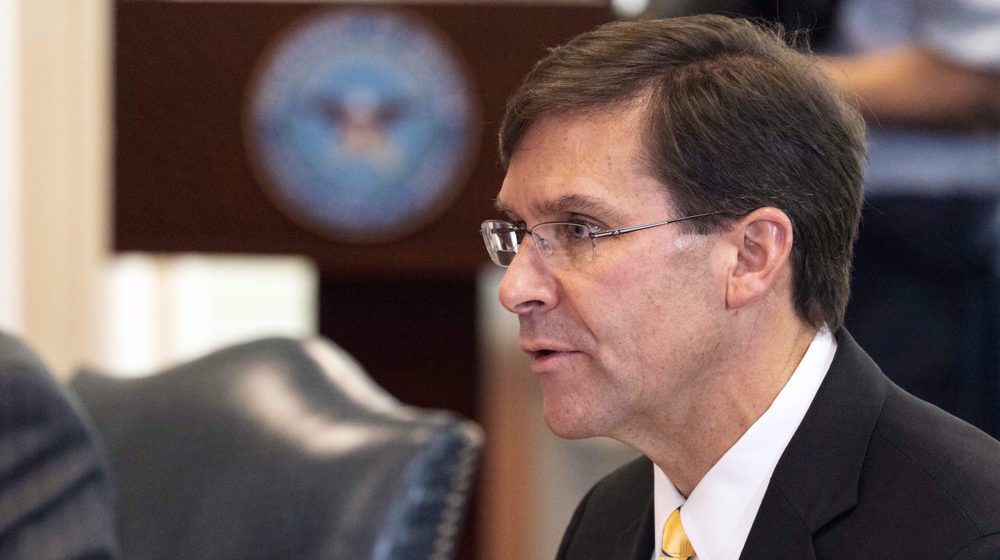