(FILES) A file photo taken on May 2, 2018 shows French President Emmanuel Macron (2/L) and Australian Prime Minister Malcolm Turnbull (C) standing on the deck of HMAS Waller, a Collins-class submarine operated by the Royal Australian Navy, at Garden Island in Sydney. Australia is expected to scrapped a 66 billion USD deal for France to build submarines, replacing it with nuclear-powered subs using US and British technology. - (Photo by BRENDAN ESPOSITO / POOL / AFP)

A new security pact involving the United States, Britain and Australia has triggered controversy and condemnation. The US and UK announced this week that they will provide Australia with advanced technology to build nuclear powered submarines.

Based on their agreement, Australian naval forces will have atomic submarines that are much faster as they use nuclear propulsion systems and harder to detect than conventional fleets.

AUKUS submarine deal
The US and UK announced this week that they will provide Australia with advanced technology to build nuclear-powered submarines.

They can spend months submerged and target longer distances with their missiles. The leaders of the three countries hailed the new deal as a step that will make it easier to counter threats in the Indo Pacific region and repeatedly cited regional security concerns, which they said had grown significantly.

None of them mentioned China, but the move has been widely viewed as an initiative to counter Chinese influence in the region, including the contested resource rich South China Sea.

Well there are two elements here. One is the fact that this alliance could be a new version of NATO for Indo Pacific region, and the other is that this purchase of nuclear powered submarines could be an initial step to transfer more technology to neutral security to Australia, maybe in the long term heading Australia to nuclear bomb capacity.

The United States and its allies make no secret of their intensified efforts to contain the growing Chinese influence and power in the region. Many observers believe the newly announced deal is in line with those efforts.

Meanwhile the development is expected to further sour relations between Beijing and Canberra. In recent years, political tensions have grown between the two over a number of issues, including Australia stance against Chinese telecom giant, Huawei.

UK 'actively recruiting' Asia spies as anti-China push shifts to higher gear
The head of British military intelligence has revealed that London is "actively recruiting" new spies to be rapidly deployed in Asia.

Chinese Foreign Ministry spokesman, Xiao Li Xiang, criticized what he called the US side alliance's obsolete cold war mentality and warned the three countries against moves that would hurt their own interests. Some Chinese media outlets went so far as to say that Australia had now turned itself into an adversary of China.

Meanwhile, China was not the only party infuriated by the new security pact. France condemned it too.

Australia will now scrap a deal with France to buy a dozen conventional submarines worth tens of billions of dollars.

France's Foreign Minister, Jean-Yves Le Drian, called Australia's agreement with the USA and the UK, a stab in the back. Le Drian said the development underscored the need to bolster a "European strategic autonomy".

The United States and arch rival China may have toned down their rhetoric against each other, but tensions between the two superpowers are simmering as they remain deeply engaged in an intense global rivalry.

There are many flashpoints in their testy relationship including tensions in the South China Sea and the issue of Taiwan.

America has made it clear that its military will maintain a strong presence in the Indo Pacific region where it has been trying to contain the growing influence of its arch-rival.

America seems determined to follow policies aimed at containing the Chinese influence worldwide, however, with China absolutely unwilling to back down, tensions are expected to mount in the coming years.

Biden stabs France in the back on Australia nuclear deal: French foreign minister
France accused Biden of stabbing it in the back after Washington pushed Paris aside and signed a lucrative nuclear deal with Australia for submarines. 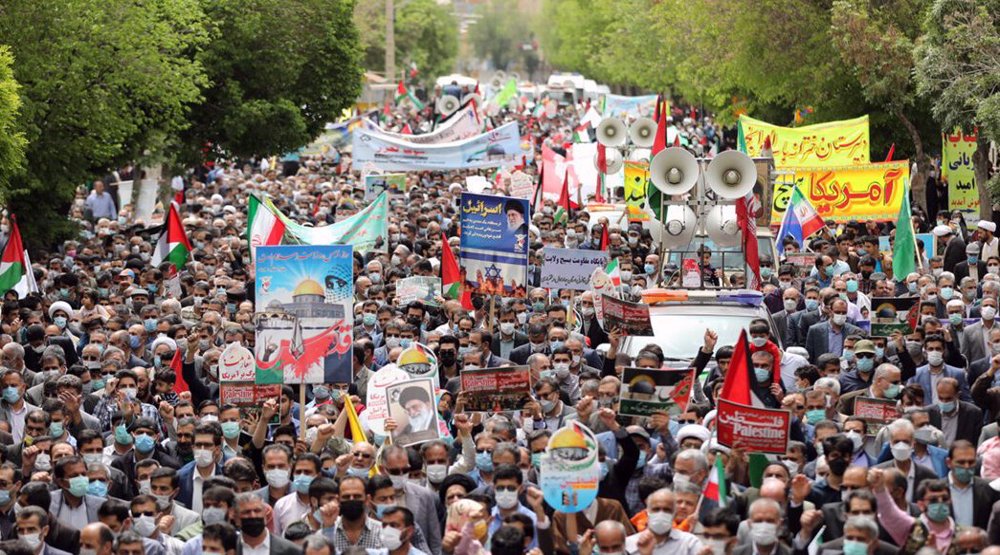 US, UK discussed nuclear sub pact with Australia behind Macron’s back: Report

France declares ‘crisis’ in its ties with US, Australia

France recalls ambassadors to US, Australia for "stabbing Paris in the back"

Biden stabs France in the back on Australia nuclear deal: FM