Taliban forces stand guard as they check commuters at a road checkpoint in Kabul on September 4, 2021. (Photo by AFP)

The United States is pressuring Pakistan over its role in Afghanistan, after implementing a policy of death and destruction for 20 years in the country, according to a report.

According to Politico, the administration of US President Joe Biden is secretly exerting pressure on Pakistan to play a more active role in the wake of the Taliban takeover of Afghanistan.

The Biden administration wants Pakistan to cooperate with the Taliban forces in fighting terrorist groups such as Daesh-K and Al-Qaeda in Afghanistan.

The Pakistani intelligence service holds a significant amount of outside influence when it comes to the Taliban, according to US media sources.

Leaders of the Taliban have previously located their headquarters in Pakistani cities and been in close contact with Pakistan's Inter-Services Intelligence (ISI) agency.

The ISI chief made a trip to Kabul on Saturday to hold talks with Taliban leaders.

General Faiez Hameed reportedly met with Taliban leadership during his trip, but it was not made clear at the time what was discussed.

Earlier this year, while giving a picture of Afghanistan's future after the US pullout, Biden pointed out that Pakistan would be playing a greater role in the country.

In response, Pakistan Prime Minister Imran Khan said he would not allow his country to become a US base in the region. 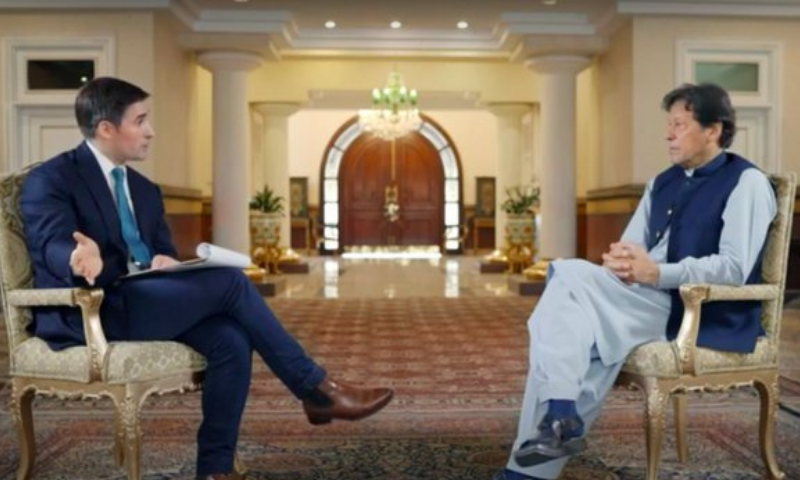 Pakistan will ‘absolutely not’ allow bases to US for action in Afghanistan: PM Imran
"There is no way we are going to allow any bases, any sort of action from Pakistani territory into Afghanistan," insists premier.

Asked whether the American government would be allowed to conduct cross-border missions from Pakistan, Khan flatly responded this summer, “Absolutely not."

"There is no way we are going to allow any bases, any sort of action from Pakistani territory into Afghanistan. Absolutely not,” Khan insisted.

VIDEO | Press TV in Donetsk: Population of Donbas does not want to be part of Ukraine3hr

Pakistan not to recognize legitimacy of any non-inclusive govt. in Afghanistan

Stop blaming Pakistan for failure of others in Afghanistan: Foreign minister