Iran’s Parliament Speaker Mohammad Baqer Qalibaf says the Islamic Republic of Iran will continue to support the oppressed nation of Palestine until the full liberation of al-Quds.

Qalibaf made the remarks in a Monday meeting with Ziyad al-Nakhalah, the secretary general of the Palestinian Islamic Jihad movement, in Tehran, in which the Iranian side emphasized Tehran's unbridled support for the struggles of the Palestinian nation and the resistance front.

“Defending the oppressed nation of Palestine is a symbol of the revolutionary spirit of the Islamic Republic of Iran and will continue until the Holy Quds is liberated,” Iran’s top parliamentarian said.

He hailed notable victories of the Palestinian people and the resistance front in their latest war with the Israel, saying that the important achievements made by the Palestinian fighters, particularly the Islamic Jihad movement, indicate the existence of solidarity among various Palestinian resistance groups.

“The usurping Zionist regime never imagined such a defeat and the heroic resistance of the Palestinian nation was very painful for them,” Iran’s parliament speaker said.

The latest military confrontation with Israel, which began on May 10, was triggered by events in al-Quds, where Israeli forces repeatedly stormed al-Aqsa Mosque and were preparing to expel yet another group of Palestinian families from Sheikh Jarrah neighborhood in the occupied holy city.

According to Gaza’s Health Ministry, 260 Palestinians, including 66 children and 40 women, were killed in the Israeli bombardment of the densely populated Gaza Strip. At least 1,948 others were also wounded. Israel’s bombardment also brought widespread devastation to the already impoverished territory.

In response to Israel’s airstrikes, resistance fighters fired thousands of rockets into the Israeli-occupied territories.

In retreat, Israel announced a unilateral ceasefire on May 21 after 11 days of war, which was accepted by Palestinian resistance movements through Egyptian mediation.

Elsewhere in his remarks, Qalibaf emphasized that the Iranian Parliament will support any approach that cements unity and solidarity among Palestinian groups.

Nakhalah, for his part, hailed support of Leader of the Islamic Revolution Ayatollah Seyyed Ali Khamenei and the Iranian people and officials for the oppressed Palestinian people.

The Islamic Jihad leader emphasized that the Palestinian people and fighters could not made such victories against the Tel Aviv regime without Iran's support.

He also expressed hope that all the territories occupied by the Israeli regime would be liberated in the near future.

In separate meetings on Monday with Ismail Haniyeh, who heads the political bureau of the Palestinian Islamic Resistance Movement, Hamas, and Nakhalah, in Tehran, Chief Commander of Iran’s Islamic Revolution Guards Corps Major General Hossein Salami said the final collapse of the Zionist regime in Tel Aviv is not just an aspiration, but a reality, which will materialize in the near future.

Salami said, “In view of undeniable realities on the ground, we believe that the collapse and fall of the Zionist regime is far beyond a mere aspiration and is a reality, which will be realized in the near future.” 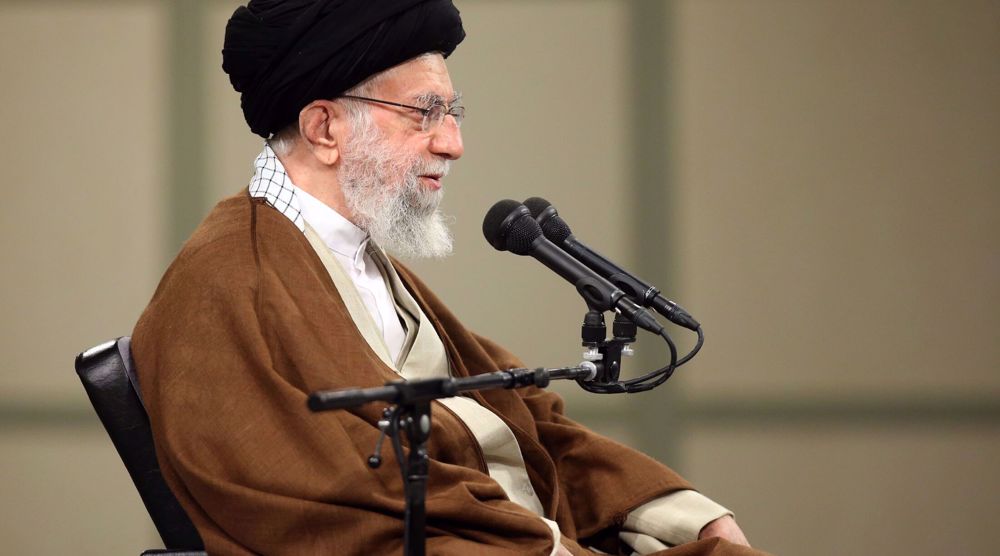 Raeisi: Malaysia ‘among Islamic and Asian priorities’ for Iran