The Russian Defense Ministry says Syria’s air defense systems intercepted and shot down all four guided missiles launched by Israeli warplanes during a recent aggression on the Arab country’s central province of Homs.

Deputy head of the ministry's Center for the Reconciliation of Opposing Sides in Syria, Rear Admiral Alexander Vadim Kulit, said the Russian-made Buk-M2E air defense systems intercepted and destroyed in the early hours of Thursday all the projectiles fired at the al-Qusayr district, located about 35 kilometers (22 miles) south of Homs.

Lebanese Hezbollah resistance movement has strongly condemned the latest Israeli aerial strike against military positions in the countryside of Syria’s city of Homs from the Lebanese airspace.

“Once again, Syrian territories have been bombed after Israeli jets flew through our (Lebanese) skies in light of the silence of international organizations and advocates of nations’ sovereignty and independence,” the movement said in a statement released on Thursday.

The statement added, “What happened last night was a blatant attack by the Zionist enemy’s warplanes on Lebanese and Syrian lands.”

The airstrike was the third of its kind that the Israeli military has carried out against war-ravaged Syria in just one week.

Lebanese al-Mayadeen television news network reported that Israel's target was a factory and research center on the outskirts of al-Safirah.

The Israeli army claimed in a statement that two rockets had earlier been fired from Lebanese lands at the northern part of the occupied territories early Tuesday morning, setting off warning sirens in the Western Galilee region.

The statement said one of the rockets was intercepted by the so-called Iron Dome missile defense system, while the second projectile fell in an open area

There were reportedly no injuries or damage. The Israeli military said it had fired artillery shells at targets in Lebanon. It gave no details on the targets hit.

Back on May 19 and amid Israeli bombardment of the besieged Gaza Strip, the Lebanese territory was targeted by Israeli artillery shells after rockets were launched from southern Lebanon towards the occupied territories.

Lebanese media outlets said the rockets had been fired from the village of Seddiqine in southern Lebanon.

Avichay Adraee, a spokesman for the Israeli military, said in a post on Twitter at the time that four rockets had been fired from Lebanon, claiming that one was intercepted by Israel’s missile systems, another landed in an open area and two others fell in the sea. 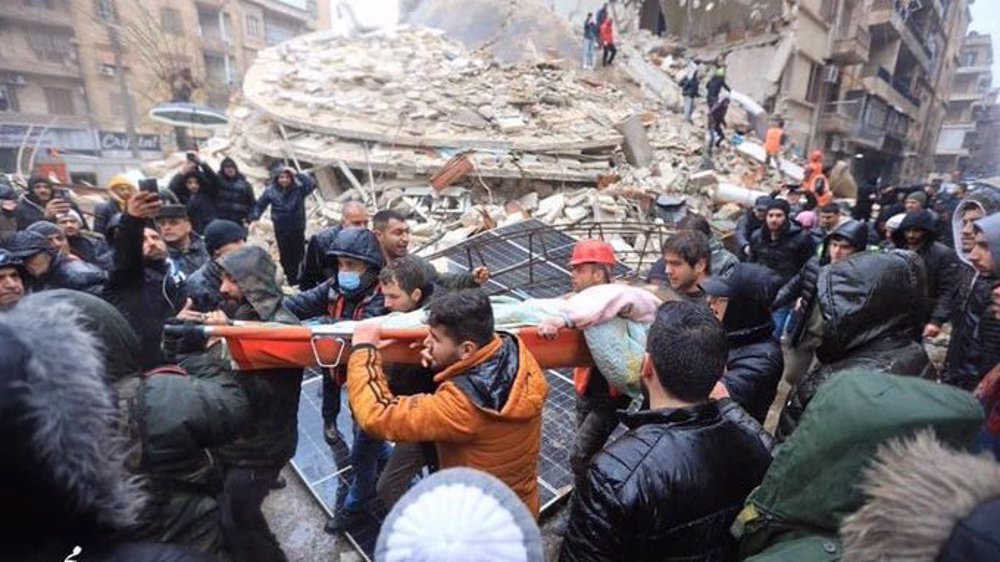 ‘US seeks to turn Iraq, Syria into American military-guarded oilfields’

US transfers convoys laden with stolen Syrian oil from Hasakah to Iraq: SANA

Under rocket barrage of new kind: US forces in biggest Syria base