A political commentator says certain Western countries continue to nurture and use terrorist groups such as the MKO to advance their destructive agendas against independent countries.

Canadian writer and activist Mark Taliano told Press TV in an exclusive interview on Sunday that the West plays the terrorist card in pursuit of its own interests, stressing that Washington and its allies continue to resuscitate and fortify terrorist proxies.

Taliano said the West’s support for the notorious anti-Iran terrorist group Mujahedin  Khalq Organization (MKO) is consistent with its support for international terrorism.

“The West and its allies train, support, arm, command and control these terrorist assets. They play them as cards, and deploy them beneath shrouds of secrecy and disinformation,” he noted.

The MKO has carried out numerous terrorist attacks against Iranian civilians and government officials since the victory of the Islamic Revolution in Iran in 1979. Out of the nearly 17,000 Iranians killed in terrorist attacks over the past four decades, about 12,000 have fallen victim to the group's acts of terror.

Five decades of MKO’s terrorism: From militia to terrorist cells
Nearly two decades after the disarmament of the Mojahedin-e Khalq Organization, the group has re-launched its terrorist cells under the new name "rebel centers."

During former Iraqi dictator Saddam Hussein’s war on Iran between 1980 and 1988, MKO members were armed and equipped by Iraq and fought alongside Ba'ath forces against the Islamic Republic.

After the war, the US and the European Union removed the MKO from their lists of terrorist organizations in order to use them as proxies against Iran. The terrorists enjoy freedom of activity in the US and Europe, and even hold meetings with top American and European officials.

Faced with the growing anger among many Iraqis who had suffered at the hands of Saddam's forces and MKO henchmen, the terrorists were relocated by the US from their Camp Ashraf in Iraq’s Diyala Province in 2016 and sent to Albania, from where they continue their anti-Iran activities.

Taliano said the West, in its policy against sovereign nations, commits crimes against humanity and uses terrorists as an appendage.

The West’s operations against sovereign countries are multi-faceted, and include massive propaganda through media cartels and various assets on the ground, he said.

Taliano pointed to the presence of the so-called civil defense group White Helmets in Syria, emphasizing that its members are essentially the assets of al-Qaeda and Daesh terrorist groups in order to depict savage imperial barbarism as “humanitarian”.

He said the West is currently supporting al-Qaeda and its affiliates in Syria’s militant-held northwestern province of Idlib.

The Canadian pundit referred to the so-called Caesar Act as well as other US and EU sanctions as collective punishment of Syrians living in government-controlled areas. 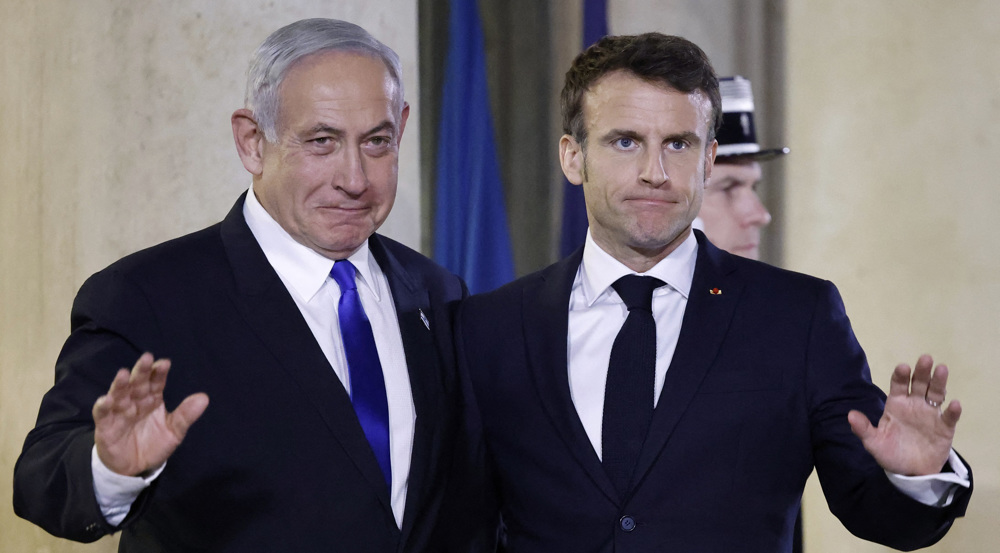 Iran says France had better speak out against Israeli nukes

Iran: Despite assassinating 1000s, MKO sheltered by US, Europe

Syria condemns US ‘economic terrorism’ in wake of Caesar act