European Commission President Ursula von der Leyen has warned that the EU could stop further exports of the COVID-19 vaccine now that Italy has halted sending a consignment of the vaccine to Australia.

“That was not a one-off,” said von der Leyen in an interview with business newspaper Wirtschaftswoche on Monday.

Italy recently announced that it had stopped the export of a shipment of 250,700 doses of AstraZeneca's Covid-19 vaccine planned for Australia.

Italy, whose total coronavirus-related deaths surpassed 100,000 on Monday, blamed the shortage of jabs in virus-hit Europe as well as the lack of urgent need in Australia.

In defending Rome’s move, the EU chief said the Anglo-Swedish AstraZeneca company had delivered less than 10 percent of all the doses that the European bloc had ordered for December to March.

The European Commission has lambasted the multinational pharmaceutical and biotechnology company for failing to fulfill its delivery schedule to the EU, even as it provided the United Kingdom with full doses.

According to the scheme of the European bloc, a company wanting to export outside the bloc first needs to grant permission from the national government, which then decides after consulting the commission.

COVID-19 vaccine problems dominate EU leaders' summit
EU leaders express concern over the spread of COVID-19 variants within the 27-nation bloc amid criticism that vaccines are being administered too slowly.

Last week, Steffen Seibert, a spokesman for German Chancellor Angela Merkel, said the EU was sending vaccines to the whole world, unlike countries such as the United States.

“We stand by this European approach, which differs from the American approach when it comes to production, for instance.”

However, as criticism grows within the 27-nation bloc over its alleged stumbling rollout, the commission is fighting to obtain doses to get the pace of vaccinations back on track.

In a separate interview, von der Leyen told Stuttgarter Nachrichten newspaper that she expected the EU to receive 100 million doses on a monthly basis starting from April, thanks both to higher delivery volumes and the regulatory approval of more vaccines.

The EU would receive “in the second quarter an average of around 100 million doses a month, in total 300 million by end June,” she said.

Official figures by the EU show that by February 26, the bloc, with a population of 446 million people, had obtained 51.5 million doses.

Up to now, three vaccines, namely BioNTech/Pfizer, AstraZeneca/Oxford, and Moderna, have secured the approval of the EU. Furthermore, the European Medicines Agency is due to decide on Thursday on the Johnson & Johnson single-shot jab. 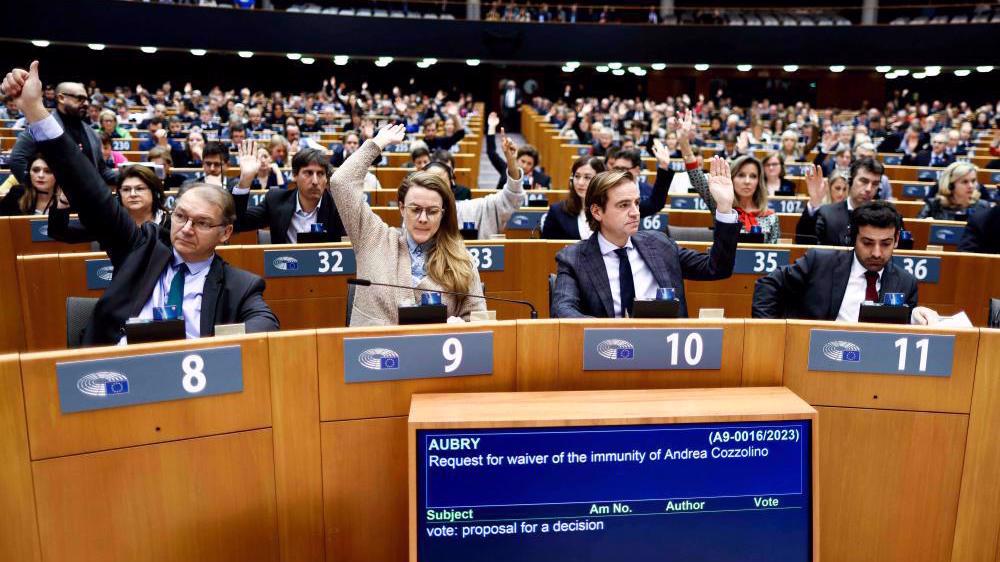