Published in The Global Times

As foreign minister of the Islamic Republic of Iran, I have had the honor of both travelling to China and hosting my Chinese counterparts in Tehran on several occasions. On such occasions, it has never been lost on me that I am participating in a millennia's old ritual between two great civilizations. The relationship between Iran and China stretches back 2,000 years when explorers and merchants made contact along the Silk Road. There, the people of our two countries first learned to appreciate the greatness of each other's civilizations. These early contacts set the stage for thousands of years of a special connection between two of the greatest, most advanced and most enduring civilizations in the world.

Today, China has become an indispensable economic partner of Iran and the two countries are strategic partners on many fronts. But in order to overcome the emerging challenges which have impeded the ability of many nations to achieve sustainable development, it is imperative for both China and Iran to strengthen their ties more than the past. China and Iran face challenges and strive to achieve goals in terms of sustainable development, the protection of the environment, the eradication of poverty and suppression of extremism and terrorism that threaten the world every day. We believe that common problems need common solutions thus requiring greater cooperation, coordination and close communication.

I would posit here that while our glorious past inspires us to look to one another and our present relationship sets the framework for our cooperation, it is indeed our futures that bind us. China and Iran share a vision of sovereign states with independent foreign policies across the Asian continent being connected, prospering together and realizing their potential and their true places in the world.

We both favor multilateralism in global affairs but that has come under attack now more than ever. History is littered with exploitative powers but China has sought connection to countries around the world with a focus on mutual respect, dignity and joint interests. China and Iran support fair and balanced commercial ties around the world and we both face overseas hostility by populist unilateralist bigotry.

Iran showed constructive flexibility to reach a compromise with world powers in a nuclear deal that became recognized as a historic diplomatic achievement and an important pillar of a global arms control regime. China was a part of those negotiations and has shown fidelity to its commitments, but certain participants have not. How we respond to this maximalism and this blatant violation of international commitments and law may have a defining impact on our ability to reach for that shared vision of our continent's future.

PressTV-Official: China, Iran can join hands to fight US pressures
A senior Chinese official says his country's resolve to develop relations with Iran is unwavering as he calls on Tehran and Beijing to join forces in confronting US pressures.

It is here that the special role of regionally and internationally influential countries in the world - like China and Iran - is critical to save international peace and security for all. The most important and effective response is for us to support one another's sovereignty and expand our economic cooperation. As our forefathers did in ancient times, we must follow the Silk Road to an inclusive cultural and economic enrichment. Iran has already begun its efforts to implement this idea.

Inspired by the Belt and Road Initiative, and to build strategic mutual trust, the Islamic Republic of Iran and the People's Republic of China have jointly worked on a guideline for future cooperation, which is a manifestation of the fact that the two countries' cooperation is now entering a new phase.

Any successful strategic partnership demands a strong foundation of economic relations that benefits both parties. As we move forward, it is essential to look toward future trends. The economy of the future will be based on knowledge, technology and innovation. In order to position our economies and commercial ties to benefit from the current outlook, we express our determination to engage and contribute effectively to China's plan to build a world-leading base for science, technology and innovation.

Regarding current developments, Iran strongly supports China's position on the so-called "trade war" and regards the protectionist approach of the US and its abandonment of rules-based trade concepts as being counterproductive, unreasonable and destructive. Moreover, Iran has always strongly supported the "One China Policy", praised the achievements of "one country, two systems" and rejected any interference in the internal affairs of China.

Iran commends China's continued support for Iran's peaceful nuclear program and effective actions in order to overcome illegal and unilateral sanctions that have hindered Iran from realizing the economic benefits promised in the deal.

There is a strong consensus among international relations scholars that the twenty-first century will be an Asian century. As much of the challenges faced by Iran and China, certain quarters of the West have shown, not every actor in the international community is ready to embrace that future. In these circumstances, the steadfast cooperation between China and Iran, as two countries with a deep commitment to a connected and prosperous Asia, is essential and indispensable. 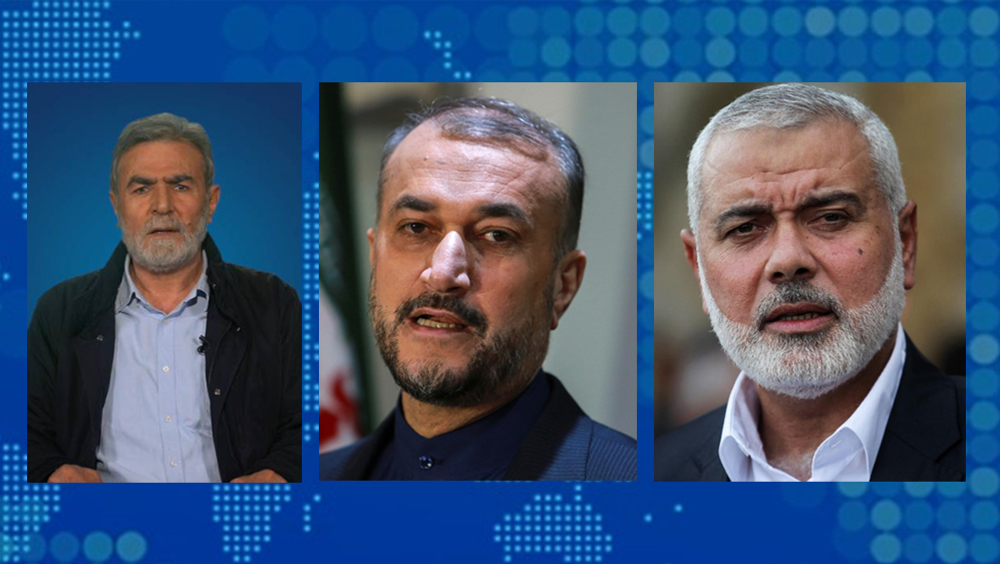