This file picture shows the entrance to the building of Bahrain’s Ministry of Justice and Islamic Affairs in the capital Manama.

A court in Bahrain has sentenced 10 anti-regime protesters to life imprisonment and revoked their citizenship as the ruling Al Khalifah regime presses ahead with its heavy-handed clampdown on political dissidents and pro-democracy campaigners in the Persian Gulf kingdom.

On Wednesday, Bahrain’s Supreme Court of Appeal found the defendants guilty over establishment of a “terrorist group” in Nuwaidrat village, located about 10 kilometers (six miles) south of the capital Manama, and possession of weapons.

Thousands of anti-regime protesters have held demonstrations in Bahrain on an almost daily basis ever since a popular uprising began in the country in mid-February 2011.

They are demanding that the Al Khalifah dynasty relinquish power and allow a just system representing all Bahrainis to be established.

PressTV-Bahrain court upholds death sentences against 2 activists
The latest ruling brings total the number of Bahrainis who are stripped of their citizenship since 2012 to just over 720.

On March 5, 2017, Bahrain’s parliament approved the trial of civilians at military tribunals in a measure blasted by human rights campaigners as being tantamount to imposition of an undeclared martial law countrywide. 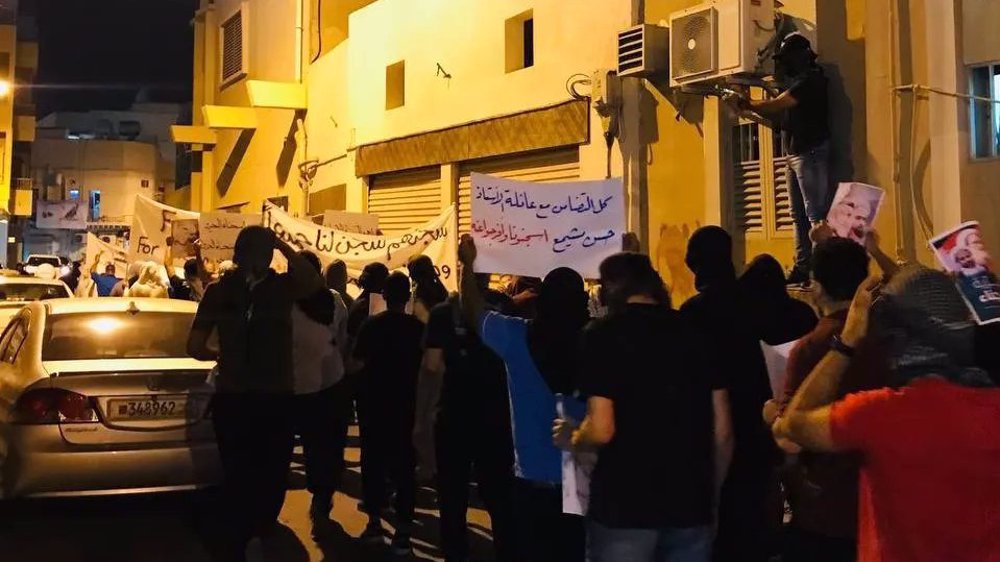 Former UK envoy: Bahrain all but a US, Saudi colony

US approves sale of bombs, bunker busters to Bahrain

Bahraini protesters call for closure of US naval base