The march was held in the village of Abu Saiba on Friday, with the protesters carrying a huge banner portraying the cleric, the spiritual leader of the country's Shia majority.

Sheikh Qassim was stripped of his nationality two years ago after being convicted of illegal collection of funds and money laundering as well as inciting violence.

The ageing cleric was hospitalized over his deteriorating health last month.

The prominent cleric has been a vocal supporter of the peaceful protesters, who have been demanding that the Manama regime stop its discrimination and violent practices against the Shias since 2011.

The Friday’s protests also called for the release of Sheikh Ali Salman, secretary general of al-Wefaq, the country’s biggest opposition group, which was dissolved by the authorities after the uprising.

The 52-year-old cleric has also been convicted of inciting unrest, and has been in jail on a nine-year prison sentence since late 2014.

The Manama regime has been pressing ahead with its heavy-handed crackdown on political dissidents since 2011. On March 14, 2011, troops from Saudi Arabia and the United Arab Emirates were deployed to assist Bahrain in its crackdown.

Scores of people have been killed and hundreds injured or arrested during the regime’s crackdown. 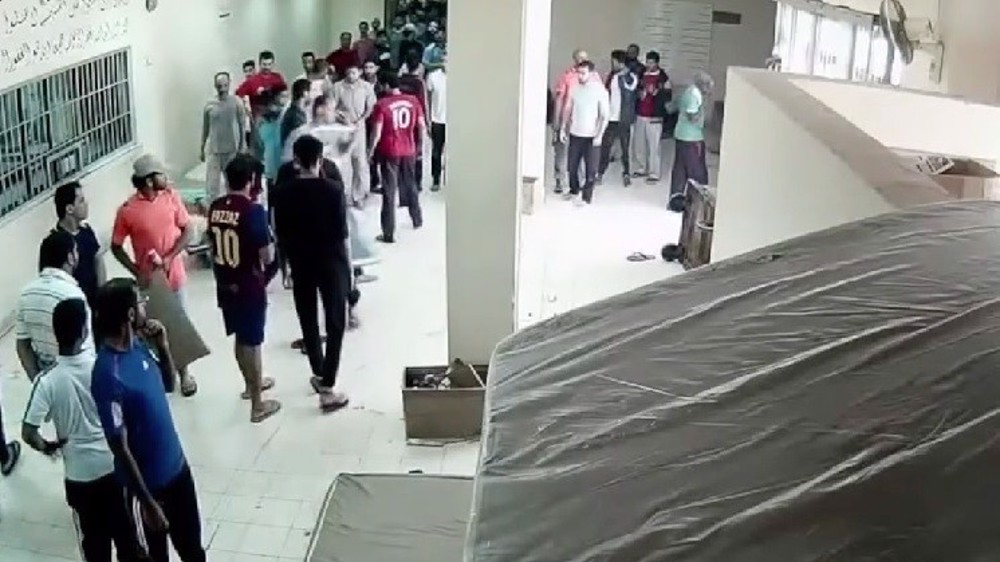