This photo taken on April 16, 2018, shows the headquarters of the Organization for the Prohibition of Chemical Weapons (OPCW) in The Hague, The Netherlands. (Photo by AFP)

Russia says a visit by inspectors from the United Nations chemical watchdog to the site of an alleged gas attack in Syria's Douma has been delayed due to recent Western airstrikes on the Arab country.

"This is the latest conjecture of our British colleagues," Deputy Foreign Minister Sergei Ryabkov was quoted as saying by Russia's RIA news agency on Monday, in reaction to accusations that Moscow and Damascus have blocked the inspection team’s access to the area.

The British delegation to the Organization for the Prohibition of Chemical Weapons (OPCW) claimed that the fact-finding mission was in the Syrian capital Damascus but still unable to visit Douma, where dozens of people reportedly lost their lives in the aftermath of a suspected chemical attack on April 7.

Kremlin spokesman Dmitry Peskov denounced as "groundless" the British accusation, adding that Russia had consistently supported an investigation into the suspected gas attack.

"We called for an objective investigation. This was at the very beginning after this information [of the attack] appeared. Therefore allegations of this towards Russia are groundless," Peskov said.

The Russian embassy in the Netherlands, where the OPCW is based, also dismissed the British claims and said Moscow would not “interfere in its work.”

Meanwhile, the Syrian government announced that it was “fully ready” to cooperate with any OPCW investigation.

Syrian Deputy Foreign Minister Faisal al-Mekdad said that government officials had held meetings with the inspection team in Damascus for a number of times to discuss cooperation.

Inspectors for the Hague-based OPCW met Mekdad in the presence of Russian officers and a senior Syrian security official in Damascus for about three hours on Sunday.

Russia has 'not tampered' with Douma site

Also on Monday, Russian Foreign Minister Sergei Lavrov rejected accusations leveled by the US envoy to the OPCW that Moscow may have tampered with the site of the last week incident in Douma.

"I can guarantee that Russia has not tampered with the site," Lavrov said in an interview with the BBC.

The top Russian diplomat said that evidence of a chemical attack cited by Britain, France and the United States was a “staged thing,” and based "on media reports and social media.”

The Syrian government surrendered its chemical weapons stockpile during a process monitored by the OPCW in 2014.

In the early hours of Saturday, the US, Britain and France launched a barrage of missile attacks against Syria in response to what they claim to have been a chemical attack by the Syrian government in Douma.

PressTV-Live updates: Syria under military attack on Trump's orders
The US, the UK and France have launched joint military strikes against Syria.

Syria rejected the accusations as “chemical fabrications” made by the foreign-backed terrorists in the country in a bid to halt advances by pro-government forces.

Syrian air defenses responded firmly to the Western powers’ attacks, shooting down most of the missiles fired at the country.

The Pentagon, however, has claimed that the airstrikes "successfully hit every target."

US officials said that Tomahawk cruise missiles and other types of bombs were used in the attack. 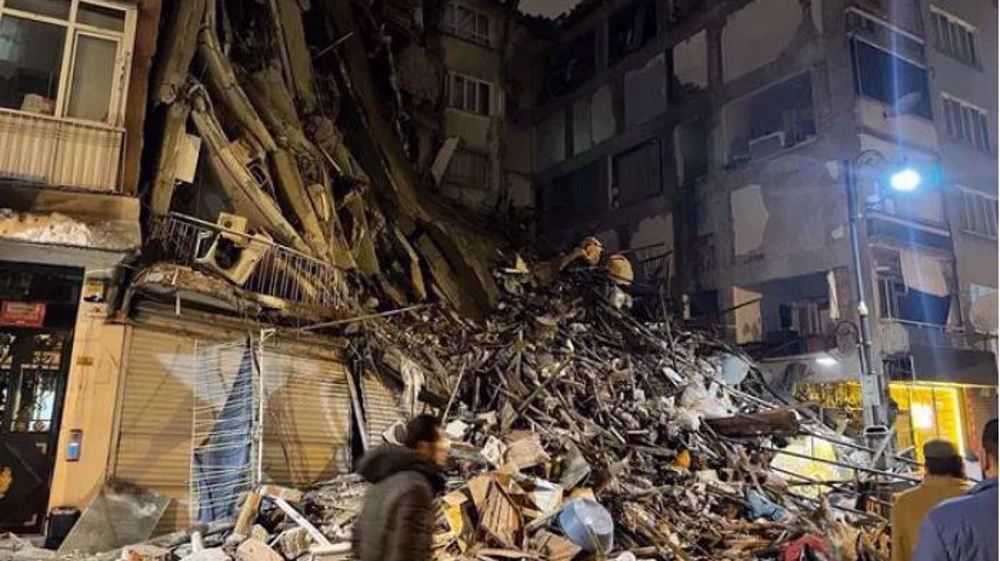 Russia: US refusing to face reality on Douma attack