US troops not leaving Syria until objectives achieved: Haley

US Ambassador to the UN Nikki Haley speaks during a UN Security Council meeting in New York, on April 14, 2018. (AFP photo)

US Ambassador to the United Nations Nikki Haley says the United States would not pull American troops out of Syria until its goals were accomplished.

It is Washington’s goal "to see American troops come home, but we are not going to leave until we know we have accomplished those things," Haley said on Sunday during an interview with Fox News.

Haley listed three goals for the US: ensuring that chemical weapons are not used in any way that pose a risk to American interests, that the Daesh (ISIL) terrorist group is defeated and that there is a good vantage point to watch what Iran is doing.

In a separate interview with CBS News, Haley said the United States is preparing new sanctions on Russia over its continued support of Syrian President Bashar al-Assad.

She said the sanctions would be announced on Monday by US Treasury Secretary Steven Mnuchin.

"They will go directly to any sort of companies that were dealing with equipment related to Assad and chemical weapons use," Haley said.

On Saturday, Haley told the Security Council that the US is “locked and loaded” to strike again if Syria’s government uses chemical weapons again.

The Syrian government has rejected claims that it was behind the suspected chemical attack near the capital Damascus on April 7. The attack purportedly took place in the former militant-held town of Douma in Eastern Ghouta.

Haley’s warning comes after American, British and French forces fired over one hundred missiles at the Arab country on Saturday.

The American military described that attack as "precision strikes" on three targets in Syria that it falsely claimed to be associated with the country's alleged chemical weapons arsenal, without producing any evidence.

PressTV-Anti-war protesters rally in NYC against Syria strike
Protesters have rallied in New York City over US-led strikes against Syria.

The strike has drawn global outcry since it was carried out before the international chemical weapons watchdog could probe the incident.

In condemning the US-led attack, Assad insisted on Saturday that the missile strikes would only strengthen his nation’s resolve to keep its fight against Western-backed terror groups and “crush terrorism in every inch of the nation.”

The US has reportedly around 2,000 troops stationed in Syria working as “advisers” to US-backed militant groups fighting the Syrian government.

Late last month, US President Donald Trump announced that the US would withdraw from Syria "very soon,” just hours after the Pentagon highlighted the need for American troops to remain in the country.

SHARE THIS ARTICLE
US Syria Nikki Haley
MORE FROM Syria 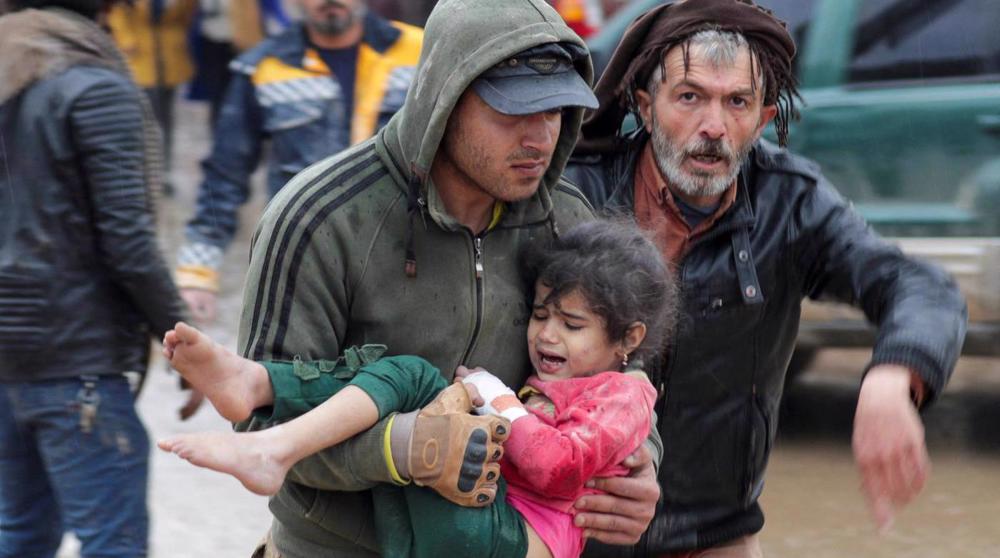 'Syria strikes aimed at making up for terrorists’ defeats'