United Nations Secretary-General António Guterres has voiced his worries over the “potentially destabilizing effects” of a controversial referendum on the independence of the semi-autonomous Kurdistan region from Iraq’s central government.

“The Secretary-General respects the sovereignty, territorial integrity and unity of Iraq and considers that all outstanding issues between the federal Government and the Kurdistan Regional Government should be resolved through structured dialogue and constructive compromise,” said Guterres’ spokesman, Stéphane Dujarric, on Monday.

He added that Guterres also voiced hopes that following the referendum United Nations-mandated activities throughout Iraq, including in the Kurdistan region, will be permitted to continue unhindered.

‘Baghdad will not heed to secession vote’

Meanwhile, Iraq’s Prime Minister Haider al-Abadi said that his government will not heed to the outcome of the independence referendum.

He went on to add that the vote was illegal and was held without national and international recognition.

Abadi went on to stress that the vote would not affect the army’s resolve in their battle against the Daesh terrorist group, whose destruction will be coming about soon.

Syria against fragmentation of Iraq

Syrian Foreign Minister Walid Muallem has rejected the independence referendum by Iraq’s Kurds as “unacceptable,” stressing that Damascus only recognizes a unified Iraq.

“We reject any action that leads to the fragmentation of Iraq…This step is unacceptable and we do not recognize it,” he added.

Another Syrian foreign ministerial official, Ayman Soussan, also slammed the vote noting that it was the result of the US’ regional policies.

“This is the result of American policies that seek to break apart the countries of the region and create conflicts between their parts,” he said, adding that the referendum “harms Iraq and the Kurdish brothers.”

Earlier in the day, Iranian Foreign Ministry Spokesman Bahram Qasemi told reporters that the Kurdish independence vote could “lead to developments and happenings that could affect all people of the region, particularly Kurdish people.”

Qasemi reiterated that Iran supports the "territorial integrity and democratic process" in Iraq.

Iraq's Kurdish-language Rudaw television network, which is affiliated to the Kurdistan Democratic Party (KDP) led by president of the Kurdistan Regional Government (KRG) Massoud Barzani, reported that turnout in the Kurdish vote stood at 76 percent at 5:00 p.m. local time (1400 GMT) – one hour before polling stations closed. 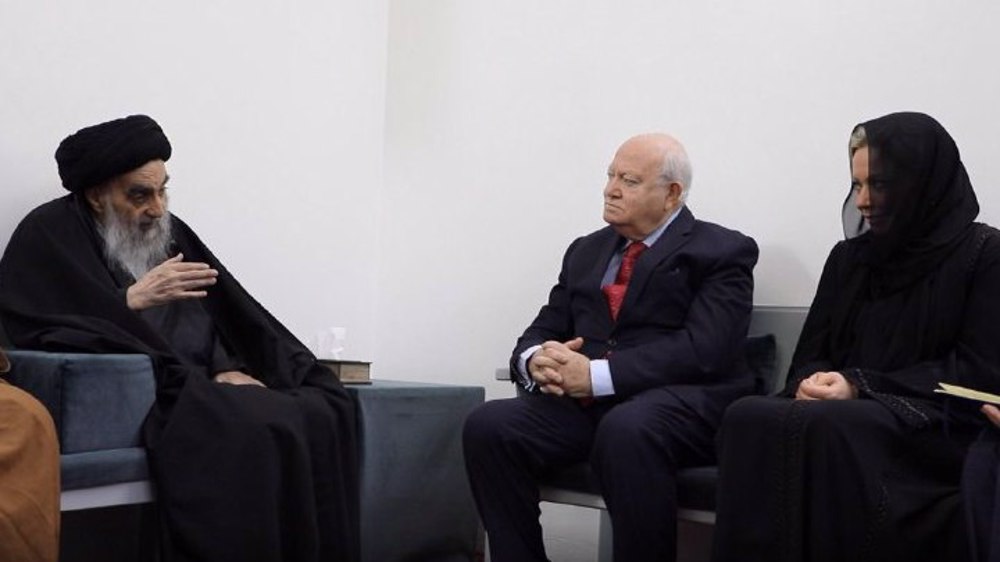