A senior member of Russia’s parliament says an ongoing air campaign by Moscow against militants operating in Syria is going to intensify.

Alexei Pushkov, who serves as the chairman of the Committee for International Affairs at the Russian State Duma (the lower house of the parliament), said Friday that Moscow will be intensifying its attacks against the militants in Syria while studying the risks associated with an extensive operation.

“There is always a risk of being bogged down, but in Moscow, we are talking about an operation of three to four months,” Alexei Pushkov said, Reuters reported.

No such thing as a ‘moderate’ terrorist

The Russian strikes have drawn criticism from Western governments and their allies in the Middle East, which have been supporting the militants operating in the region.

In a post on his twitter account on Friday, Pushkov had criticized the opponents of Russian airstrikes in Syria and rejected the Western practice of distinguishing between different militants operating in the Arab country.

“The moderate opposition is largely a myth invented by the United States. Its fighters are not fighting with ISIS (Daesh), they have gone to al-Qaeda, and fired at the Russian embassy. Is that moderation?” wrote Pushkov.

In mid-August, a group of militants that receives training from the US military to fight the Syrian government and is touted by Washington as being “moderate” used telltale wording to refer to the al-Qaeda-affiliated al-Nusra Front terrorists.

In a statement that appeared on social media, the US-backed group, which goes by the name “Division 30,” called al-Nusra terrorists “brothers.”

Reports also emerged in mid-September showing that dozens of militants from the so-called Division 30 submitted their equipment to the al-Qaeda-linked Nusra Front in exchange for “safe passage.” Officials in the US military initially denied the reports but were later forced to confirm them.

Russia started to launch coordinated airstrikes on the positions of militants in Syria on Wednesday. The move came shortly after members of the Russian upper house of the parliament, the Federation Council, authorized the operations in Syria.

Meanwhile, the Russian Defense Ministry said Friday that its fighter jets have destroyed a Daesh command center in Hama Province and a training camp run by the terrorist group in Idlib Province. The Russian ministry also released new footage of its airstrikes in Syria.

Separately, the Syrian Observatory for Human Rights said a dozen members of Daesh were killed in Russia’s first air strike on the positions of the group in its main bastion in the western Syrian city of Raqqa.

The London-based monitoring group said that the Russian strikes on the western edges of Raqqa, near the Tabqa military airport, killed 12 Daesh militants last night.

Meanwhile, a political commentator told Press TV’s website in an interview that “Russia is doing the right thing” by going into Syria to fight terrorists.

Russian President Vladimir Putin “is doing this with the authority given to him by the legitimate governments of... Syria,” John Miranda said.

He said Moscow’s campaign to fight terrorists in Syria is based on a well-planned strategy.

He reaffirmed that Russia is striking the right targets thanks to the intelligence it has received. “Obviously, they are getting the correct targets through information, through... the Syrian government.”

He expressed hope that Russia’s anti-terror bid will rid Syria of terrorists in a matter of months.

Elsewhere in his remarks, the commentator said that Washington is sponsoring terrorists in Syria and Iraq. He said the US allocated 500 million dollars to the militants operating in Syria, saying, “Obviously most of that [money] was put into weapons to these rebels.”

He said the American people are “clearly seeing through this,” and that they “realize that the United States has been funding terrorists in Syria and Iraq.” 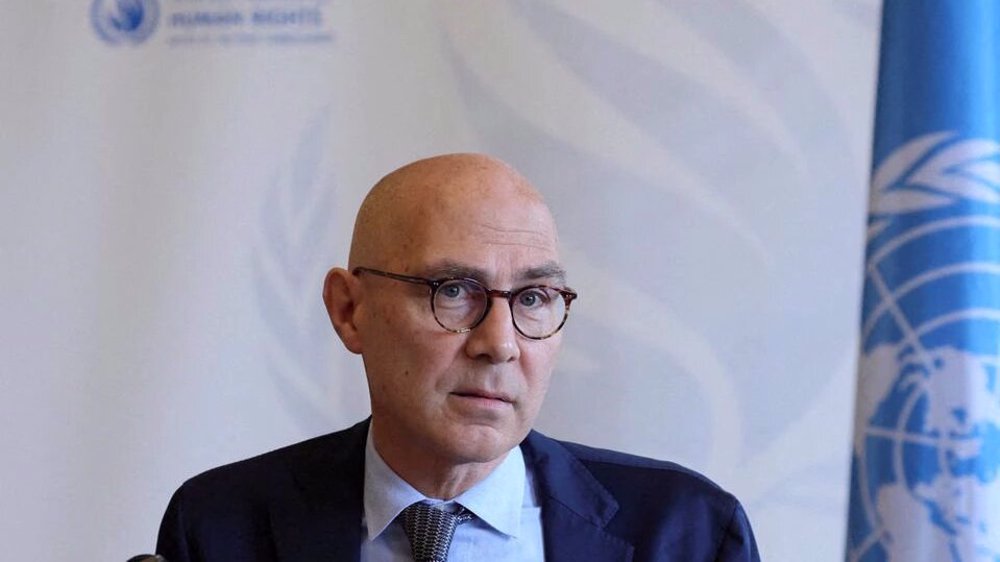