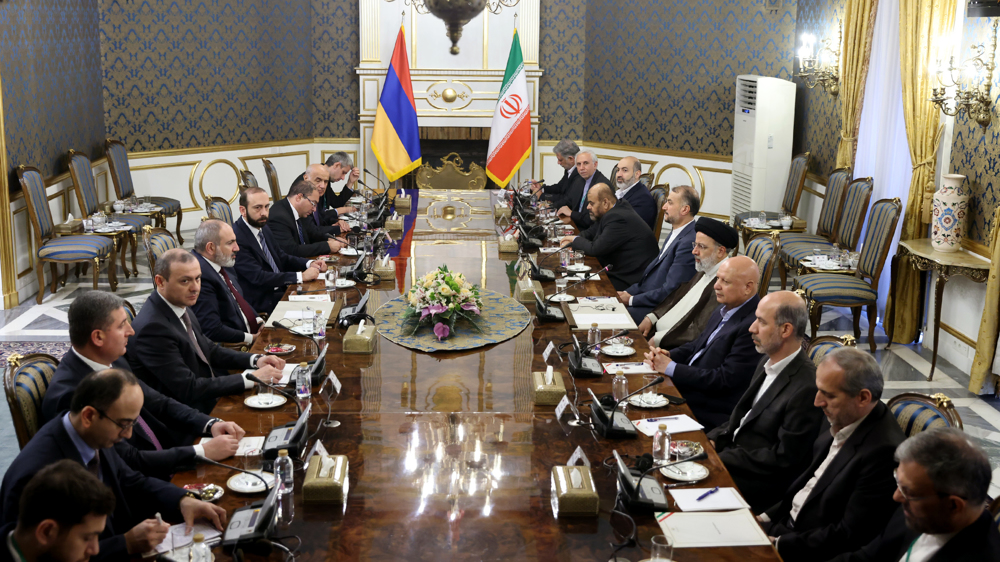 Iranian President Ebrahim Raeisi says peace and stability in the Caucasus is of great significance to the Islamic Republic, and that any foreign interference in the affairs of the restive region will only complicate the situation there.

Raeisi made the remarks at a joint press conference with visiting Armenian Prime Minister Nikol Pashinyan in the capital, Tehran, on Tuesday following a meeting between the two sides.

The Iranian president added, “Our negotiations with Mr. Pashinyan came to the conclusion that regional problems should be handled by authorities in the region. Any foreign intervention creates a problem itself instead of [helping] to solve issues.”

Expressing satisfaction with the growing trend of relations between the two countries, Raeisi said, “Given the diverse and numerous capacities available in Iran and Armenia, it is necessary to exert all our efforts to improve the level of relations and expand bilateral cooperation.”

The Iranian president pointed to energy cooperation as one of the capacities available to improve the level of relations between the two countries, saying, “The Islamic Republic is ready to expand cooperation in other economic and commercial areas, including in increasing the export of technical and engineering services.”

Pashinyan, for his part, appreciated the constructive role of the Islamic Republic in the region and stressed that Iran’s efforts have always been aimed at stabilizing and strengthening peace and security in the region.

Pashinyan expressed gratitude for the priority given by Raeisi’s administration to the development of ties with the neighboring countries, saying, “Considering the interests of the two countries and the existing capacities, we should try to improve the current level of relations between the two countries.”

The Armenian premier also called for strengthening transit cooperation between the two countries to connect the Black Sea to the Persian Gulf.

Pashinyan, heading a high-ranking politico-economic delegation, entered Iran early on Tuesday at the official invitation of the Iranian president.