A woman holds British pound banknotes in this illustration, May 30, 2022. (File by Reuters)

The UK economy is suffering from recession, the Bank of England (BoE) has said, raising the interest rates to tackle the skyrocketing inflation that has squeezed the life of Britons over the past few months.

A majority of the BoE’s nine-member Monetary Policy Committee (MPC) on Thursday voted to increase the interest rate by 0.5 percentage points to 2.25 percent, a record since 2008.

“Should the outlook suggest more persistent inflationary pressures, including from stronger demand, the Committee will respond forcefully, as necessary,” the BoE said in a statement.

Three members of the MPC voted for an increase of 0.75 percent, while five, including the Bank’s governor Andrew Bailey, backed a 0.5-percent rise.

Under the heavy shadow of surging energy prices and the cost-of-living crisis, the BoE has warned the British economy is heading for a second consecutive quarter of falling output.

UK pound sinks to 37-year record low against dollar as recession looms
The UK pound has reached a record 37-year low against the dollar, raising speculations as to whether the British economy is already in recession.

The BoE said inflation would remain above 10 percent for a few months after October.

The decision came just a day before Chancellor of the Exchequer Kwasi Kwarteng announces the details of the government’s energy price guarantee, which would act to prevent a higher peak for inflation, according to the Bank.

However, the Bank warned the impact of the government’s guarantee plan risked adding to inflationary pressure.

“While the guarantee reduces inflation in the near term, it also means that household spending is likely to be less weak … this would add to inflationary pressures in the medium term,” the BoE said.

Kwarteng is also set to introduce a package of sweeping tax cuts expected to cost more than £150 billion to alleviate the pressure on the Britons.

Prime Minister Liz Truss had pledged to cut the taxes as her main plan, which led to her victory is the premiership contest against Rishi Sunak.

Earlier last week, the UK pound sterling exchange rate fell by more than 1 percent against the US dollar to $1.1351, registering its lowest number since 1985. The currency also hit a 17-month low against the euro, with €1 worth 0.87 pounds.

Adding to the economic pressure across the country, the consumer prices index is now standing at 9.9 percent, the highest level since the early 1980s and almost five times the Bank’s 2-percent target rate.

In August, the Bank forecast a recession for the world's fifth-biggest economy lasting from the end of 2022 until early 2024, due in large part to the hit to living standards from energy prices, pushed up by the sanctions imposed against energy-giant Russia over the war in Ukraine. 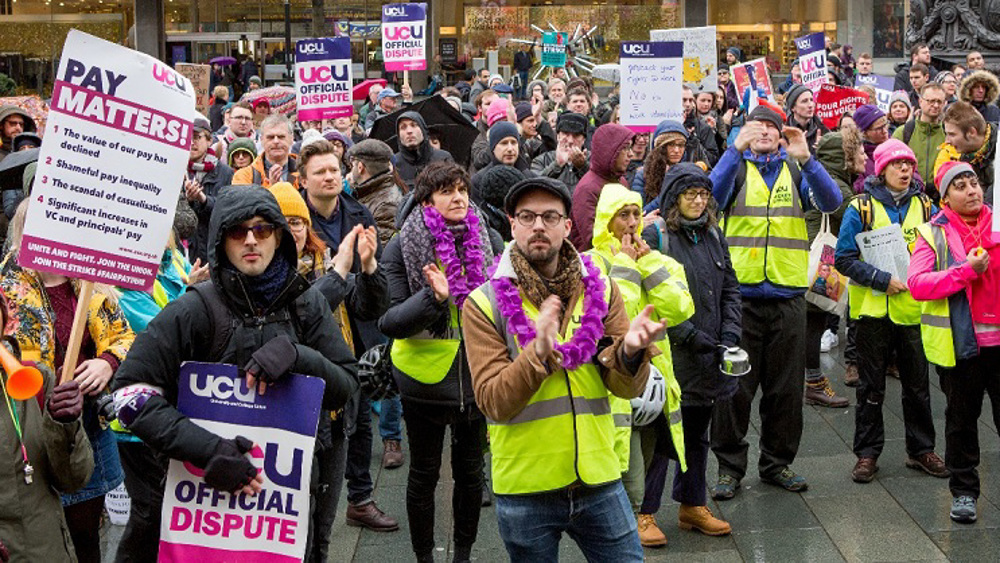