Senior Iranian government officials watch as a contract is signed for the development of Azadegan oilfield between the National Iranian Oil Company and a domestic consortium on July 5, 2022 in the Iranian Presidency. (Photo by President.ir)

Iran has awarded a major oilfield development contract to a consortium of local banks and petroleum companies.

Iranian President Ebrahim Raeisi on Tuesday oversaw the signing of the contract to develop Azadegan oilfield with a total investment value of $7 billion, said a report by the office of the Iranian Presidency.

Raeisi described the project as a manifestation of Iran’s ability to mobilize domestic resources to develop large-scale infrastructure projects.

“We did not wait for the foreigners and people would soon witness the promising and proud achievements of these investments,” said the Iranian president.

Azadegan is the name of the Iranian part of a giant oil reserve that straddles the border with Iraq in southwestern Iran. Iraq has committed to a huge investment to develop its side of the field, known as Majnoon, while similar plans in Iran have faced problems in recent years because of sanctions that ban access to foreign investment and technology.

Reports in the local media said the new development project will increase crude oil output from Azadegan by nearly three times in seven years to nearly 570,000 barrels per day.

Six Iranian banks, including largest lender Bank Melli, as well as six local energy companies have formed a consortium to provide investment and technical expertise to the project.

Iranian Oil Ministry’s Shana news service said the development project for Azadegan, a field with an estimated 32 billion barrels of proven oil reserves, will include drilling 420 wells in the field, with 187 of those wells used for injection of water that will be supplied via a 150-kilometer pipeline from the Persian Gulf. 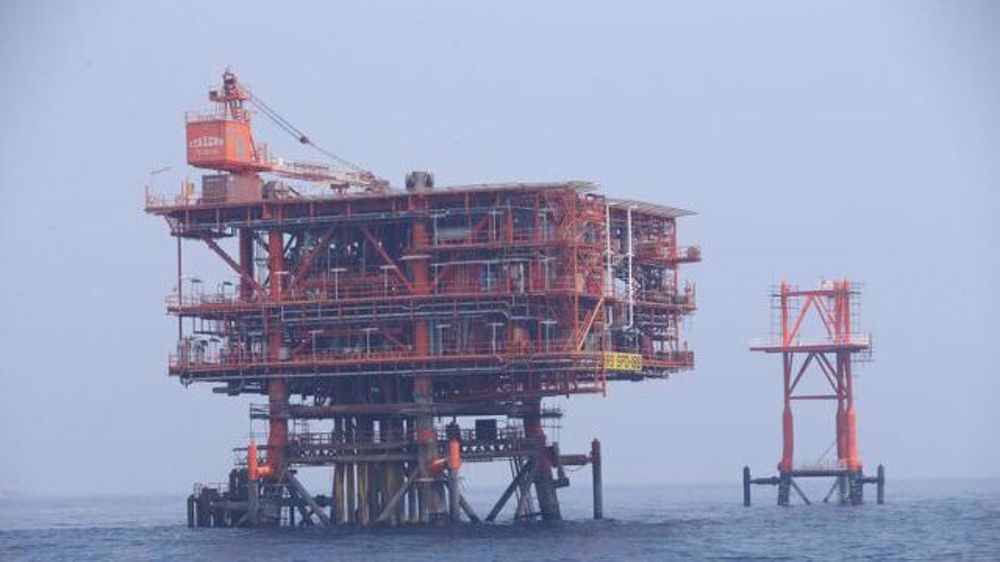