Supporters of President Donald Trump gather outside of the Wyndham Gettysburg hotel prior to a Pennsylvania Senate Majority Policy Committee public hearing Wednesday to discuss the 2020 election issues and irregularities with President Trump's lawyer Rudy Giuliani on November 25, 2020, in Gettysburg, Pennsylvania. (Photo by AFP)

That’s a shocking headline, but true: Many are aware that 90% of Republicans currently agree that Joe Biden "did not legitimately win the election” due to voter fraud, but how many remember that as late as 2018 70% of Democrats believed that “Russia tampered with vote tallies in order to help Donald Trump get elected president.”

The latter has far far less credibility than the former, which has yet to sufficiently prove their case either, but the widespread perception of voter fraud in the United States is clearly established. Both those figures come from The Economist and YouGov, so they aren’t some obscure poll manipulated just to give credence to a political viewpoint.

Therefore, the one political viewpoint which may have the most bipartisan agreement in the United States is that American elections are consistently fraudulent - among American losers there is 80% agreement, after all. Maybe we should sound a third on an old American saying: “That’s more American than motherhood, apple pie and fraudulent elections.”

This perspective will amuse many; certainly guts of any credibility the idea that the US is the “model democracy” other nations should minutely follow; must be analyzed seriously because the situation is quite, quite serious. Eighty percent of politically-active people who lost the last two elections think they lost to voter fraud - I hardly know where to begin?

Well, the good news is that half the country couldn’t care less - maybe they are the smart ones.

We read and heard so much nonsense about both Joe Biden and Donald Trump getting “the most votes ever”, as if “population increase” means nothing: Since the 1970s US voter turnout has averaged a woeful 54%, so let’s not pretend that endemic political indifference isn’t as American as motherhood, apple pie and fraudulent elections.

Yes, November’s turnout leapt to an estimated 67%, the highest here since 1900, but at what cost? Answer: a divided, obsessive, hysterical, suspicious, intolerant, furious society. The US mainstream media flagellated the public with the idea that Donald Trump was truly the worst thing in global politics since Adolf Hitler for not months but years in order to achieve this increase in voter participation. Is any American really pointing to the 2020 election as a success?

For the half of America which is normally politically active the 80% statistic can’t be ignored. It shows us that the electoral system in the United States is absolutely rife with disaster, mistrust, hypocrisy, elitism, dishonesty, opportunism, cynicism, (and because I’m not paid by the word I’ll just add) etc. It’s such a dysfunctional system that non-Americans have to ask themselves: “Maybe all their repeated hysteria really is justified?”

The anti-Trumpers have a simple answer: all these problems are caused by Donald J. Trump, and thus I am over-amplifying what will surely prove to have been merely a four-year aberration. The problem with this very, very widespread belief is that it ignores the election debacle of 2000.

But how can we ignore that? We can perhaps ignore “Rutherfraud” B. Hayes, because that integrity-sapping election was in 1876, but the disenfranchised African-American Floridians of 2000 cannot look in an election booth reflection and ignore themselves.

And yet, ask many of those who feel their candidate is about to win in 2020 about the year 2000 and you’ll be amazed how many Americans have already moved on from the way-back, bygone, irrelevant, antediluvian era of April 2019: Back when the candles of Saint Mueller (that was a piece of sacrilegiousness you could actually purchase, please remember) guttered out in the absolute nothingness of the Mueller Report on the Russiagate allegations that “Russia tampered with vote tallies in order to help Donald Trump get elected president”, to re-quote YouGov’s poll question.

Widespread belief of voter fraud in the US is thus not new at all, and that is entirely the point to not gloss over in your personal opinion regarding the current US election.

And yet nobody here thinks for second that this repeated election madness will produce any long-term changes, and I am referring to moderate types of common-sense changes which fall quite short of being “revolutionary”. Many don’t even genuinely want long-term changes:

On the right you have whom I refer to as “American Salafists”, who think a golden era can be installed by reverting back to the time of prophet George Washington and his companions, and also by believing the US Constitution was produced by divine revelation. These people believe these things prove the superiority of American institutions, and yet in 2020 they also believe the election system is terrible and rife with fraud.

On the left you have “leftists” who since 2016 have undoubtedly become pro-war, pro-Deep State, pro-corporate, pro-censorship and, bizarrely, incredibly pro-transgender bathrooms (until the coronavirus knocked that off the front pages). But to put 2020 Democrats in a historical context: you have people still devoted to the multi-century ideas of (hysterical and proselytizing) American Manifest Destiny and American Exceptionalism - both concepts rest on the idea that American institutions are 100% worthy of being universally exported. These people believe these things prove the superiority of American institutions, and yet in 2019 they also believed the election system is terrible and rife with fraud.

The 20 years of election fraud claims prove that even if first-time voters just can’t imagine that Baby Boomer pro-Trumpers could possibly be right about anything, the reality is that Santa Claus will not come down your chimney later this month and that the US system of politics and political culture - and not merely their electoral system - is so bad it defies description.

It defies description because we don’t even know where to begin, and - spoiler alert - this article will not provide you with the key to fixing it all.

Is the most important is angle to report on this: Do we realize how intolerant the US has become? If your side loses, it’s only because the other side cheated; as long as your side wins, who cares what the losers think - they’re losers.

Or maybe the most important angle is this: The most common rejoinder I read in the US media about those who dare to defy almighty Facebook and suggest that there was voter fraud in 2020 is that they “don’t live in reality”. Do the winners of the quadrennial US presidential vote get to define “reality” for everyone else? I guess I didn’t realize the US presidential election was so very important. Do they get to define “reality” for non-Americans too?

Or is this the most important angle: Do Americans realize that you can’t just “turn off” four years of hysteria any more than you can immediately shift a car from 5th gear to 1st gear? Have you seen the “retribution lists”, harassment and intimidation towards those who want to discuss voter fraud in 2020? One must concede that pro-Trumpers didn’t stoop to this level, and the even relented on prosecuting “Crooked Hillary”. Who knows, maybe the oft-repeated MSM certainty that pro-Trumpers were going to shoot up Main Street will still be proven to have been solid journalism?

I can go on and on giving you ideas which are all worthy of separate columns, but I’ll cease and say that I have already relayed the most important angle - one of the absolute top ones, at the very least: Eighty percent of US partisan losers think the last two elections were stolen.

What this means is that the half of Americans who are actually politically active no longer have faith in the integrity of their system, while the other half had none to begin with. This is why at this movement we are observing in the US a mad scramble for power, privilege, political territory and dominance by any means necessary, and which is all-too-happy to ride roughshod over people, history, ideals, notions of fair play and integrity.

Let’s recall that this is exactly how Americans created the state of Oklahoma, to give one example of US political culture, so what has really changed here? If you get to the top of the US mountain before anyone else, just as an “Oklahoma sooner” got his or her land when the territory was opened up to White colonists, who and what you stepped on doesn’t matter.

Now that their frontiers have closed and it’s no longer a unipolar world Americans are forced to look only inward and they’re finding that the US electoral system is awful and fraudulent, and that’s because it is from a culture which is entirely based around imperialism and capitalism.

(I guess I did provide a key to fixing it all? One of the absolute top ones, at the very least.)

All this multi-decade dissatisfaction should imply that I am describing a pre-revolutionary sentiment in the US in December 2020, but that’s only if we forget that we are talking about an imperial hegemon. The smothering of dissent regarding repeatedly false elections which have ever-less domestic credibility - this is merely what Western democracy (i.e., neo-imperialism) looks like across the West: in Greece, France, the US, the EU, their neo-imperial client states, etc.

(Ramin Mazaheri is currently covering the US elections. He is the chief correspondent in Paris for PressTV and has lived in France since 2009. He has been a daily newspaper reporter in the US, and has reported from Iran, Cuba, Egypt, Tunisia, South Korea and elsewhere. He is the author of ‘Socialism’s Ignored Success: Iranian Islamic Socialism' as well as ‘I’ll Ruin Everything You Are: Ending Western Propaganda on Red China’, which is also available in simplified and traditional Chinese.) 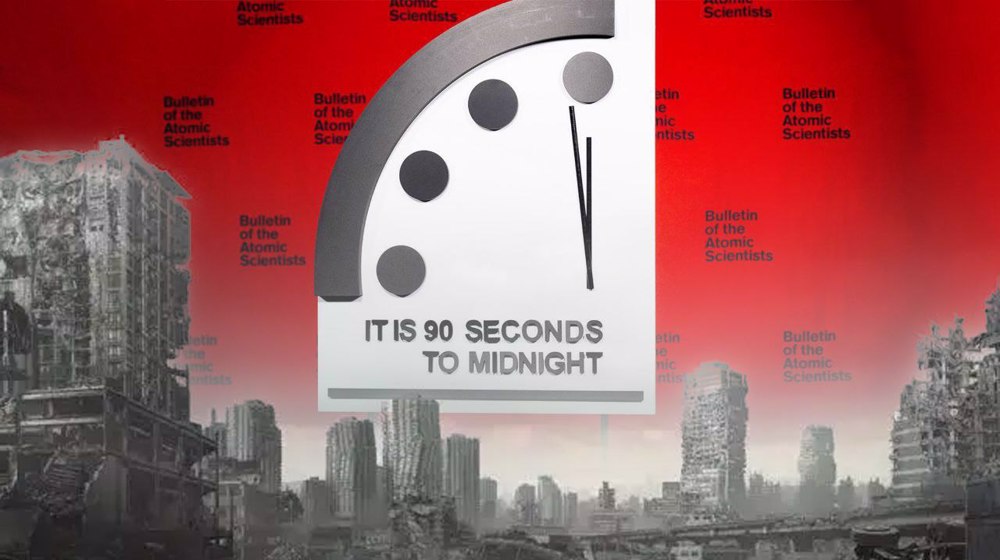 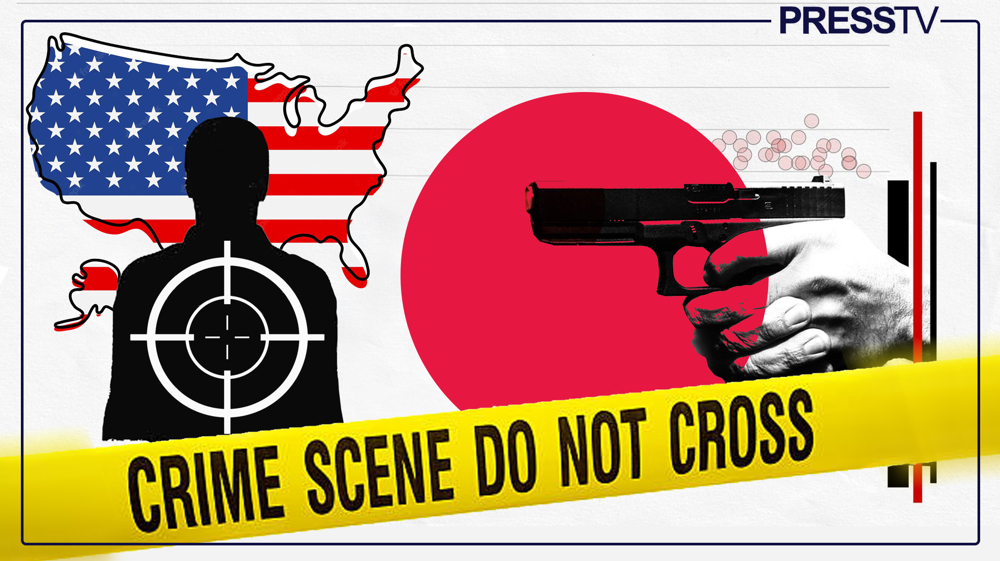 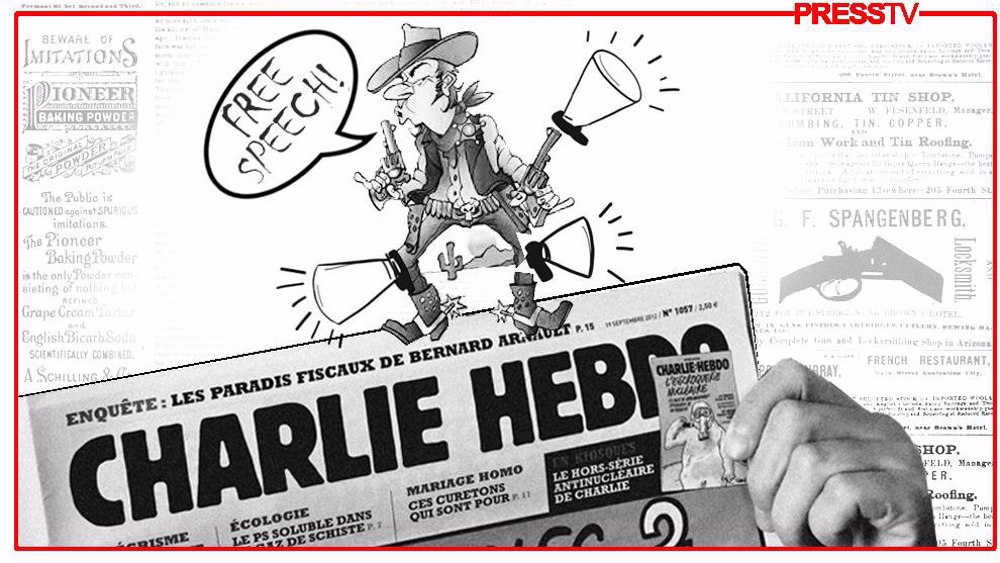 Iran: German chancellor standing on wrong side of history31min