The secretary general of the Lebanese resistance movement Hezbollah says Israeli Prime Minister Benjamin Netanyahu did his utmost to escalate tensions and crises in the Middle East as part of attempts to secure another term in office, but all to no avail.

“Netanyahu tried to change equation in Lebanon in a bid to stay in power and continue on as incumbent Israeli prime minister. He even engaged in fiery rhetoric against Iran, but his bid to secure another term just failed,” Sayyed Hassan Nasrallah said in an address to his supporters in a televised speech broadcast live from the Lebanese capital city of Beirut on Friday.

"Results of the recent Israeli elections exposed the extent of leadership crisis there, and showed the lack of confidence in the regime,” the Hezbollah chief said.

He noted that Netanyahu sought to exacerbate tensions in the Middle East in order to get elected.

With 99 percent of the votes counted, Israeli media are saying that a Likud-led right-wing bloc looks set to control 55 of the parliament's 120 seats, with up to 57 for a center-left alliance.

Despite their rivalry, Netanyahu and his main opponent, Benny Gantz, had only narrow differences on key issues during their campaigns, meaning that even if Netanyahu was to stand down after five terms in office, significant changes in the Tel Aviv regime's policies on relations with the United States, the standoff with Iran or the Palestinian conflict would most likely remain unchanged.

PressTV-'Natanyahu, Gantz only different in degree of brutality'
Political analysts say it makes no difference to Palestinians which party wins in Israeli elections since both Netanyahu and Gantz support occupation of Palestinian land.

Once all the votes are counted, Israeli President Reuven Rivlin will meet with the parties that won seats and will ultimately give one party leader up to 42 days to form a government.

The deadlock has turned the regime's former minister of military affairs Avigdor Lieberman, who is now head of the far-right Yisrael Beitenu party which has eight seats, to a key influence in the coalition-building process.

PressTV-‘Oil strikes fine example of Yemen military prowess’
The spokesman for Yemeni Armed Forces says Saudi oil strikes are a perfect example of the military capabilities of Yemeni army forces and their allies.

Nasrallah then pointed to the highly disruptive drone attacks on Saudi Aramco petroleum and gas processing plants at Abqaiq and Khurais in the kingdom's Eastern Province, stating that the “ensuing development clearly showed how expensive is oil once compared to blood. Saudi warplanes continue to kill Yemeni children, but no concrete action is taken (to stop the onslaught).”

“Saudi Arabia is highly advised to stop the war on Yemen instead of seeking to purchase advanced air defense missile systems. All costly weapons purchased the United States cannot protect you from (Yemeni) drone attacks,” the Hezbollah secretary general said.

PressTV-Iran rejects US ‘lies’ about Yemen raids on Saudi oil sites
Tehran dismisses Washington's claim of involvement in the recent Yemeni drone attacks on Saudi oil facilities, saying the accusation is part of a new campaign of deceit.

He then urged Saudi officials to work out an agreement with Iran, emphasizing that “a military aggression on Iran will never be to the benefit of Saudi Arabia and the United Arab Emirates.”

“(US President Donald) Trump has commenced a new process of milking the Saudi kingdom. Trump is desperately seeking for a bilateral meeting with his Iranian counterpart Hassan Rouhani,” Nasrallah said.

He also strongly dismissed “unsubstantiated and malicious” allegations that Hezbollah plans to change the demographics in Syria, stressing that the Lebanese resistance movement has worked closely with the Damascus government to facilitate the repatriation of Syrian refugees.

Elsewhere in his remarks, Nasrallah described all those Lebanese nationals collaborating with the Israeli regime as “traitors,” noting that “they must be tried in accordance with their crimes.”

“Israeli collaborators must not be classified as 'forcibly deported' because they escaped to the occupied territories. Hezbollah distinguishes between the traitor and his innocent family members, who can return peacefully to their homeland. Neither Hezbollah nor the Free Patriotic Movement stipulates the return of the Israeli collaborators without any trial,” he said.

PressTV-Lebanon intel agency warns of Israel using tourism to spy
The Lebanese intelligence agency has warned that Israel could dispatch its spies to Lebanon under the guise of tourists.

On September 9, Hezbollah announced that it had shot down an Israeli combat drone as it was flying in the skies over the southern border town of Ramyah.

PressTV-Hezbollah shoots down Israeli drone over Lebanon
Hezbollah says it has shot down an Israeli military drone outside the southern Lebanese town of Ramyah.

The resistance group said it had successfully recovered the wreckage of the Israeli drone. 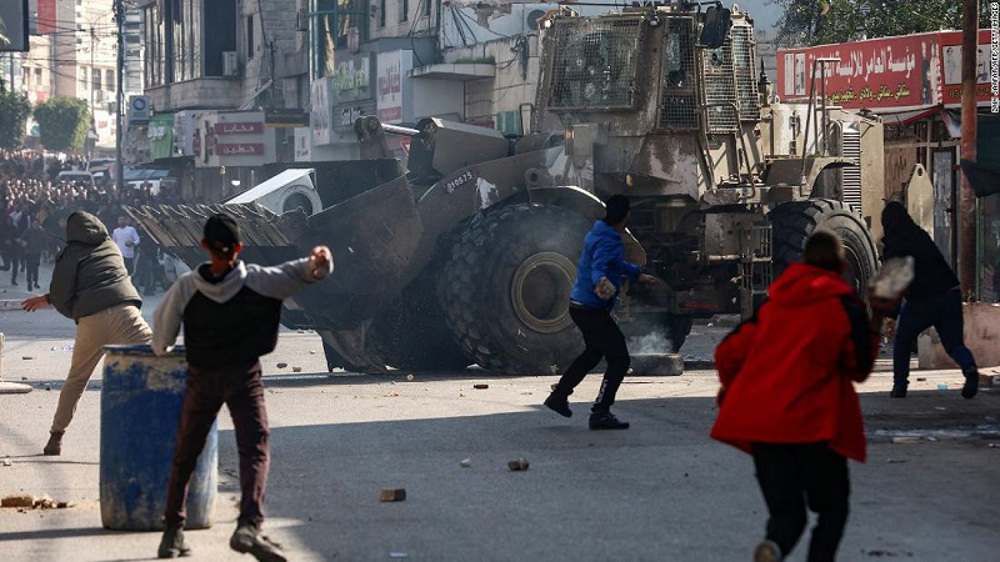 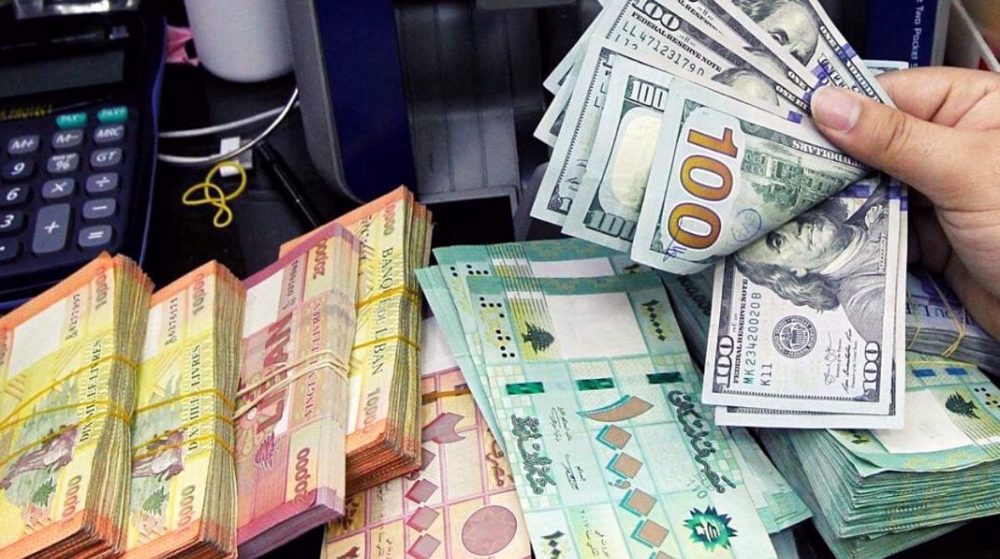 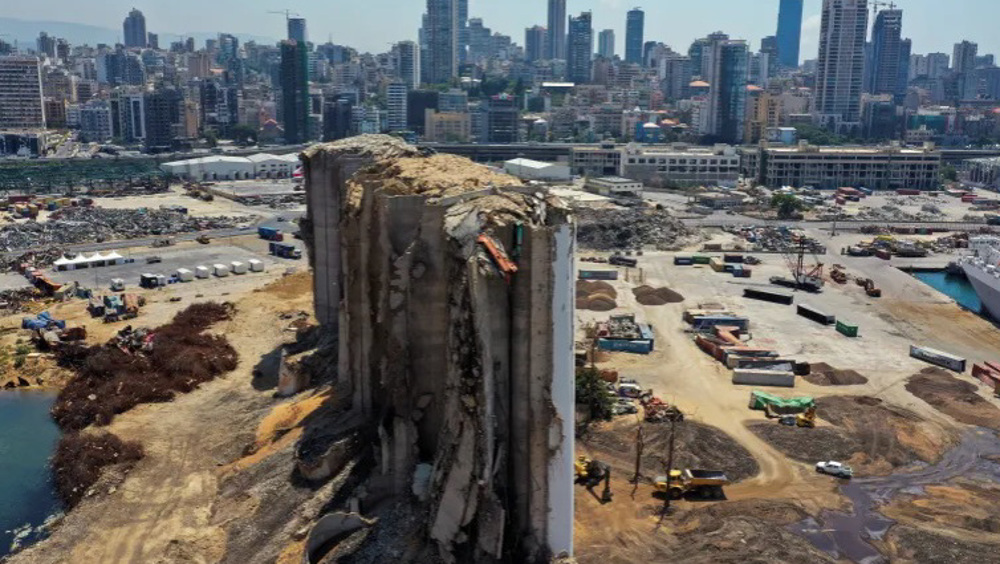 Iran: German chancellor standing on wrong side of history38min

Nasrallah: War on Iran will spell end of Israel

Nasrallah: Iran center of resistance camp against US, Israel

All Israeli forces at risk in case of new attack: Nasrallah

‘Hezbollah to counter Israeli drones, shoot them down’