US, Palestinian presidents meet in Bethlehem

Palestinians protest against the visit by US President Donald Trump to the occupied territories, in the city of Rafah, the Gaza Strip, May 22, 2017. (Photo by AFP)

US President Donald Trump and Palestinian President Mahmoud Abbas have met in the West Bank city of Bethlehem.

The meeting was held on Tuesday, the final day of Trump’s Middle East tour, and following his talks with Israeli Prime Minister Benjamin Netanyahu in Jerusalem al-Quds a day earlier.

“I am committed to trying to achieve a peace agreement between the Israelis and the Palestinians, and I intend to do everything I can to help them achieve that goal,” Trump said after holding talks with the Palestinian president.

Abbas emphasized that the Palestinians preferred resolving the conflict with Israeli through the so-called two-state solution, and that they want East Jerusalem al-Quds as the capital of a future Palestinian state.

Back in February, a White House official announced a significant shift in the US foreign policy regarding the Palestinian issue, suggesting that it would no longer insist on the two-state bid, under which a Palestinian state would be formed.

Abbas also stressed that “the key to peace” in the Middle East was the independence and freedom of the Palestinian people.

He further called on Israel to comply with “just and human demands” of hundreds of Palestinian prisoners who are on the 37th day of an open-ended hunger strike, dubbed the Freedom and Dignity Strike.

Since April 17, more than 1,600 Palestinian inmates have been refusing food to denounce harsh conditions in Israeli jails.

Earlier, Abbas expressed hope that the talks would be “useful and fruitful” and would “bring results” on a potential resolution of the decades-long conflict between Palestinians and Israelis.

There is speculation that the Palestinian president would give major concessions to the Israeli side in potential attempts to secure a deal. An official close to the Palestinian Liberation Organization (PLO) said recently that during Trump’s visit, Abbas would propose exchanging 6.5 percent of Palestinian territory with Israel, more than triple the amount put forward in a previous land-swap initiative.

In a joint press conference with Netanyahu on Monday, Trump welcomed what he called the Israeli premier’s “commitment to pursuing peace,” saying, “He’s working very hard at it – it’s not easy. I’ve heard it’s one of the toughest deals of all. But I have a feeling that we’re going to get there eventually. I hope.”

This is while Netanyahu is known for having seriously dimmed the prospect of a deal with Palestinians by, among other things, catering to the demands of the far-right extremists in his ruling coalition. One manifestation of such catering has been the expansion under Netanyahu of settlement construction in occupied territories, which the Palestinians want as part of a future state.

That policy has raised concerns the world over and is specifically blamed for a failure to reach a deal already.

On his arrival in the occupied territories, Trump said there was “a rare opportunity” to bring peace to the Middle East and indicated that a deal with the Palestinians was integral to a new regional alignment.

But while Trump has boasted of his purported deal-making capabilities, it was not clear what he specifically planned to do to broker a deal between the Palestinians and the Israelis, especially given the tight grip of the Israeli far-right on Netanyahu and the vast expansion of settlements in recent years.

During his trip to the occupied lands, Trump visited the disputed Western Wall, a site of worship in Judaism, in Jerusalem al-Quds’ Old City.

Netanyahu had sought to accompany Trump but reportedly faced rejection by US officials because they said the wall was located in territory not recognized by the US as Israeli.

“This is in the West Bank. It is a private visit by the president, and it’s not your business,” Israel’s Channel 2 quoted a US representative in Jerusalem al-Quds as having said last week.

A White House spokesperson later tried to downplay the remarks, saying they “do not reflect the US position, and certainly not the president’s position.” US Ambassador to the United Nations (UN) Nikki Haley went even further to claim that the Western Wall belonged to Israel.

The Tel Aviv regime occupied the Old City along with the rest of East Jerusalem al-Quds during the 1967 war, a move not recognized by Washington.

Despite the contradicting remarks by the US officials, however, Netanyahu ultimately did not accompany Trump in the visit.

On Monday, Palestinians held protests against Trump’s trip. Israeli forces clashed with the demonstrators at the Qalandiya checkpoint near the West Bank city of Ramallah. The protesters were carrying placards bearing pictures of Trump and reading “US policy is shameful to humanity.”

A similar rally was held in the city of Rafah in the Israeli-besieged Gaza Strip, where the Palestinians burnt US and Israeli flags as well as an effigy of the US president.

More than 500 Israeli and American protesters also held demonstrations outside the US embassy in Tel Aviv and the US consulate in Jerusalem al-Quds on Monday to denounce Trump’s visit.

“I think Trump is an embarrassment to everyone,” said protester Ricki Lieberman. “He feels much more comfortable with the despots of Saudi Arabia than with the democratic system of Congress.” 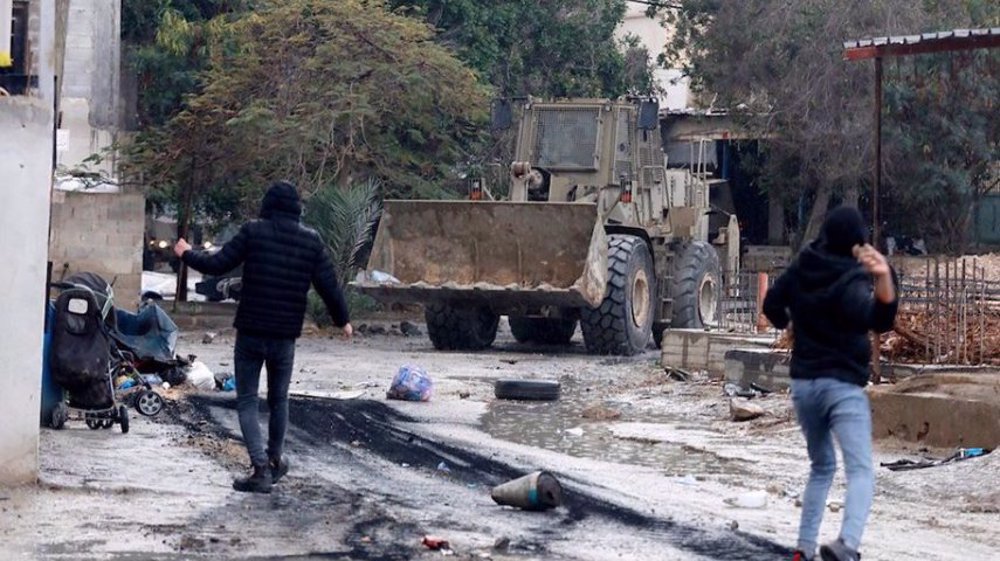 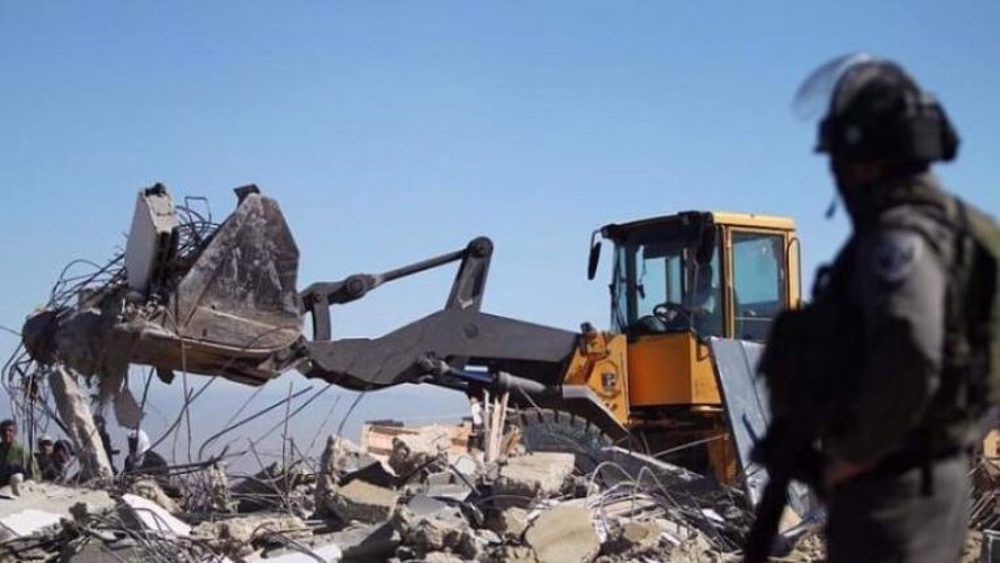 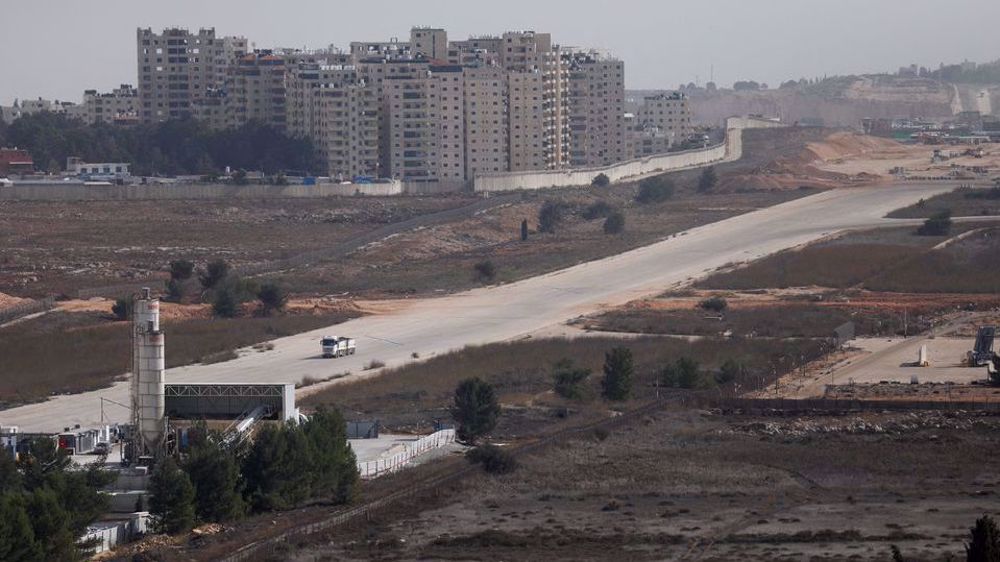 Norway plans to give Ukraine $7.3 billion in aid over five years33min