Palestine recognition to have ‘no major price’ for Obama, to give the nation UN membership

Lame duck US President Barack Obama and the Democratic Party have “nothing to lose” if recognition is extended to Palestine in the final days of the administration, a move that could have significant impact on the future of the Muslim nation, investigative journalist Wayne Madsen suggests.

The Tampa-based author and columnist, who specializes in intelligence and international affairs, made the remarks in an interview with Press TV on Tuesday, while commenting about an op-ed by former President Jimmy Carter on why the US must recognize Palestine soon before President-elect Donald Trump takes control of the White House.

“I am convinced that the United States can still shape the future of the Israeli-Palestinian conflict before a change in presidents, but time is very short,” wrote the 92-year-old former president in the article published by the New York Times on Monday. “The simple but vital step this administration must take before its term expires on January 20 is to grant American diplomatic recognition to the state of Palestine, as 137 countries have already done, and help it achieve full United Nations membership.”

The Obama administration has been engaged in efforts for a so-called two-state solution during his tenure but to no avail as the Israeli regime has remained intransigent in its expansive policies as well as the harsh crackdown on the Palestinian population.

US recognition of a Palestinian state could bring about achievements for the nation although the future president “can always reverse” such a move, Madsen suggested.

“President Carter is absolutely correct,” said the political commentator, adding that Trump’s mass reversal of the previous administration’s policies, like the one towards Cuba, comes at a “political cost.”

Dems will have to ‘bury the action’

While campaigning for the 2016 presidential election, Trump took a different approach towards the situation in Palestine than Obama, saying he would recognize East Jerusalem al-Quds as the “undivided capital of the state of Israel," and vowing to move the US embassy in Israel to the city, which Palestinians want as their capital.

Apart from being considered a blow to the so-called two-state solution, the comments reflected Trump’s close ties with the ruling party in Israel, Likud, and Prime Minister Benjamin Netanyahu at its helm.

“He has very close relations with Netanyahu. His son-in law, Jared Kushner, comes from an orthodox Jewish family in New York that has very close links with the Likud party of Israel,” Madsen said, further referring to other pro-Israel figures in the Trump administration, set to gain power on January 20, 2017.

Considering the appointments Trump is making and the fact that he has “surrounded” himself by his family members, including Kushner, “Carter is essentially right,” he noted.

“There is a short window now for President Obama to extend recognition of Palestine and Obama has nothing to lose,” he said. “Democrats won’t have another election for four years[2020], so there won’t be a major political price to pay amongst the Israel lobby if Obama goes ahead and recognize Palestine.”

He argued that during his first term as president, Obama was “obviously concerned about the power of the Israel lobby” over his reelection in 2012.

“It makes sense that if he is going to do it, he would do it as a lame duck president… and the Democrats have two years to basically bury the action.”

Still, Carter has a point

The United States recognition of Palestine would mean Washington will “drop its veto” on the Muslim nation’s membership at the United Nations and that may be what the 39th American commander-in-chief “may be getting at.”

“If the US does not veto Palestine’s membership in the Security Council, there is nothing President Trump can do to change what the UN has done; He could de-recognize Palestine by the United States but this may be a way to get Palestine as a permanent [member] in the UN and I think that’s maybe what President Carter has in mind,“ said the author of the blog Wayne Madsen Report.

Carter (pictured above) has come under harsh criticism in Israel over his views on the situation in Palestine, expressed in part in his 2006 book, Palestine: Peace Not Apartheid.

Israel was made in 1948, when it occupied the Palestinian land along with expanses of other Arab territories during full-fledged military operations.

In 1967, the Zionist regime occupied the Palestinian territories of the West Bank, including East Jerusalem al-Quds and the Gaza Strip. It withdrew from Gaza in 2005, but has been keeping it under recurrent strikes as well as a crippling siege.

Palestine enjoys non-member observer state status in the United Nations and is recognized by 137 UN members. 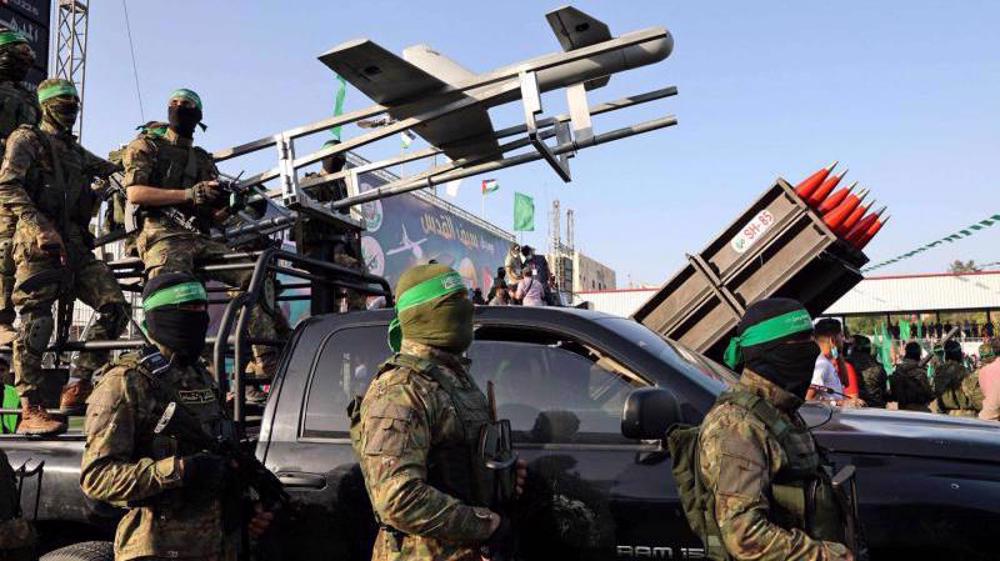